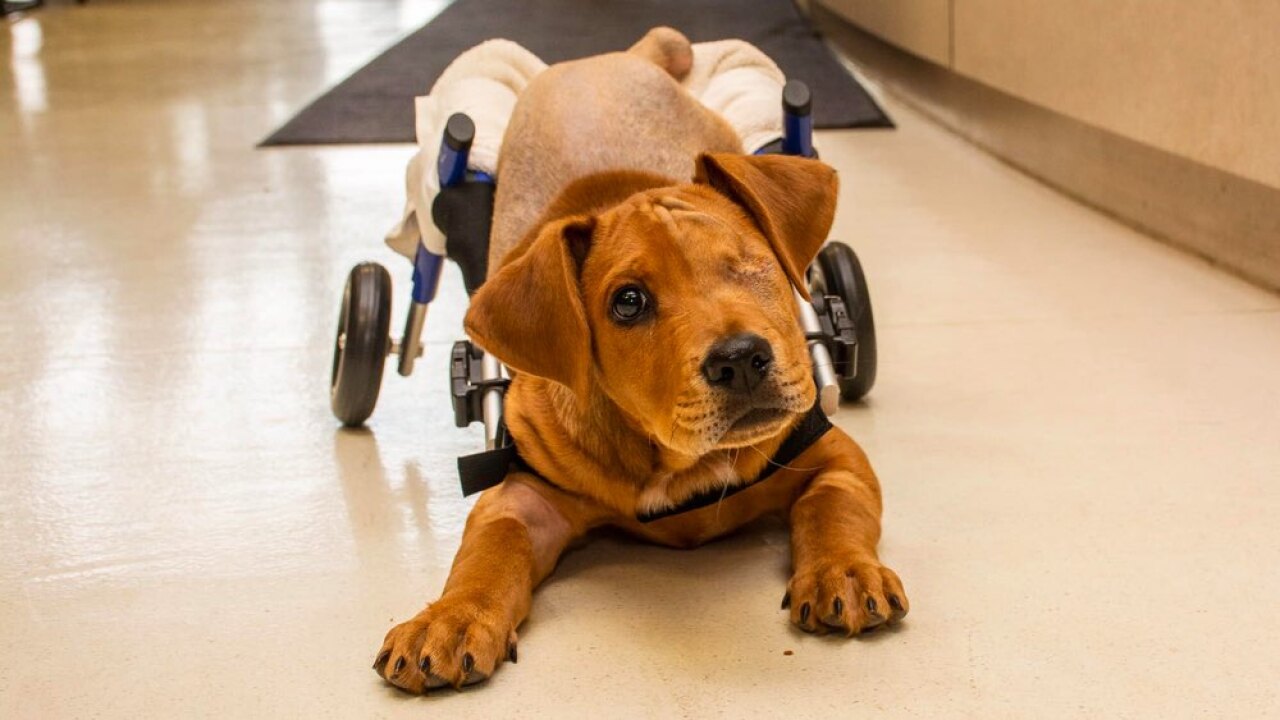 HAMILTON, Ohio — This floppy-eared puppy is named Trooper for a reason: Within three months of his birth, he was abandoned by his owner and struck by a train that ruptured his left eye and severed his back legs.

Despite all that, his rescuers at the Animal Friends Humane Society wrote on Facebook, he’s stayed determined to live a full, happy canine life. (Just watch him wolf down lunchmeat between surgeries.) A special wheelchair donated by the Paw it Forward 4D Foundation will help him do just that.

Animal Friends, which has chronicled Trooper’s recovery from his initial injuries, posted a video on Thursday showing the puppy taking his new wheels for a spin.

“Although this is a work in progress, we think Trooper did an amazing job for his first time!” the group wrote. “His foster family will continue working with him at home, and will be able to make adjustments to his harness and belly support as needed so he’s able to move more efficiently.”

According to Animal Friends, Trooper will soon find a forever home with one of the many families that applied to adopt him after hearing his story.

His original owner, a 17-year-old, stands charged with two misdemeanor counts of cruelty and abandoning animals.