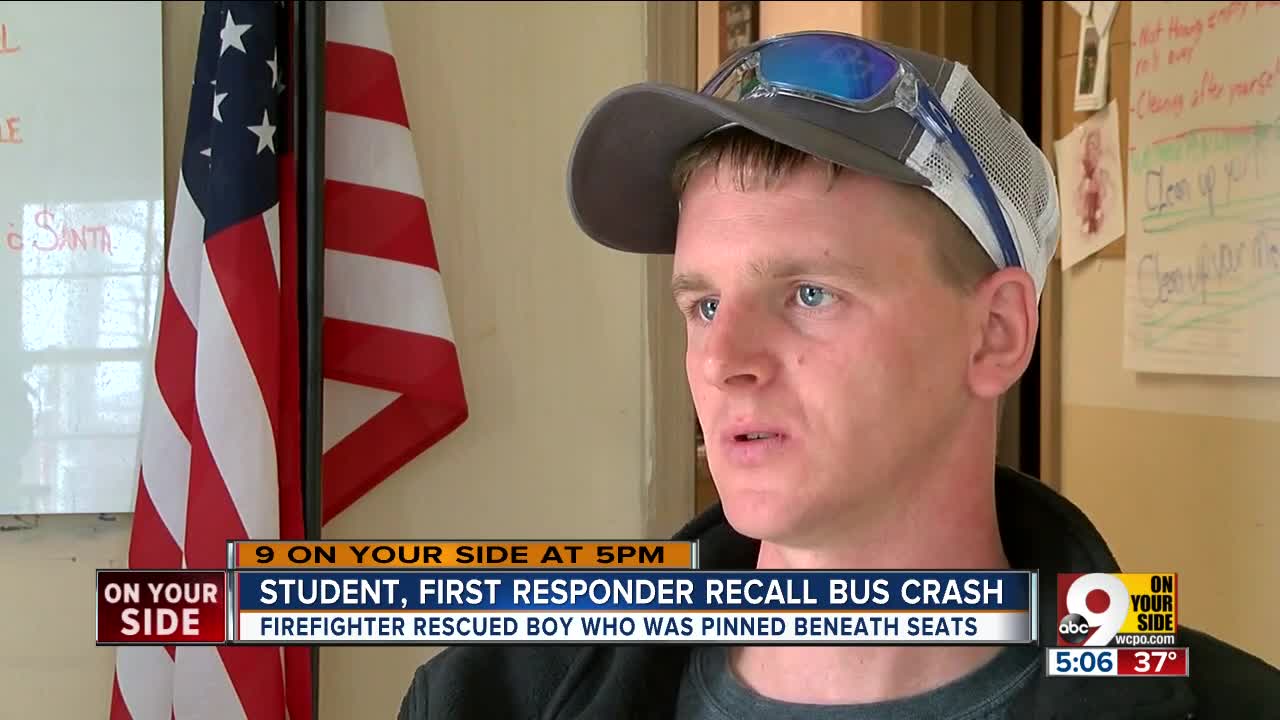 A firefighter rescued a boy who was pinned beneath seats.

"Everything went black and we heard everybody screaming and stuff," said South Dearborn Community Schools eighth-grader Kadence Taylor, one of 19 students injured.

Dillon Davidson, a medical first responder and firefighter, noticed the front of the bus ripped off and mangled.

"If someone had been sitting where the impact was, they wouldn't be with us today," he said.

Taylor was on his way to school around 8 a.m. when his bus crashed on the side of State Route 350.

"I looked up for a split second and we just swerved and hit the truck," Taylor said.

Taylor walked away with stitches, but he said one of his friends broke both legs.

Most of the injured were treated and released from Highpoint Health in Lawrenceburg. The bus driver and one student were transferred to Cincinnati hospitals.

RELATED: Complete report about the crash.

Davidson said he helped remove a young boy who was pinned beneath seats inside the bus.

“We had to cut both of the seats to get the boy released so we could get him to the hospital," he said.

Bressert said she had never responded to an emergency with so many victims.

"I've never been in an incident where triage has had to come into play," she said.

Bressert and Davidson were grateful for a small community that came together in a time of need.

"When things do happen, little communities do tie together," Bressert said.

Indiana State Police said their investigation will be a slow process. They do not believe that drugs or alcohol were factors in the crash.