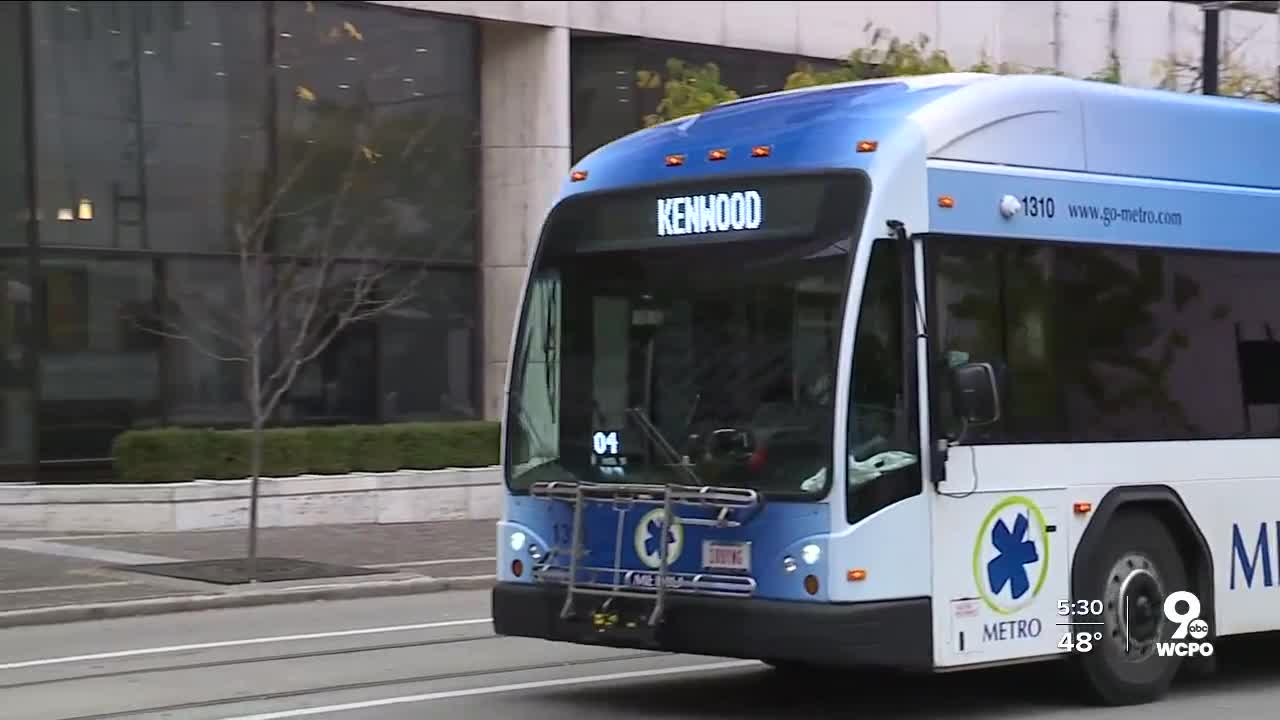 More than 300 polling places will open the morning of Tuesday, Nov. 3, and the transit agency wants to make sure bus-reliant voters can cast their votes.

Cam Hardy, president of the grassroots transit advocacy group, the Better Bus Coalition, said he has pushed to make Metro buses free to ride on Election Day for years.

"I spend a lot of time talking to bus riders. One of the things I hear from people riding the bus, as a bus rider, we have to fit voting into our schedule," Hardy said. In addition to leading the Better Bus Coalition, Hardy rides Cincinnati Metro multiple times each day.

Getting to the polling station, for many Metro customers, requires an extra leg along their daily commute, which can mean having to pay for a transfer or an extra ride altogether.

"If you have to pay a zone fare and a transfer, that's upwards of $4. That money is vital for those living paycheck to paycheck," Hardy said. "If drivers can drive and park for free at their polling stations, then bus riders should get to get there for free, as well."

City Councilman P.G. Sittenfeld made the announcement outside City Hall Monday afternoon, accompanied by transit officials and other city and community leaders. Sittenfeld is the chair of the council's Education, Innovation and Growth Committee, which has overseen numerous public transit initiatives in recent years.

The Southwest Ohio Regional Transit Authority estimated Metro would lose roughly $24,000 in farebox revenue by making buses free to ride that Tuesday. City Council's budget and finance committee Monday afternoon was expected to advance an ordinance by Sittenfeld to allocate $12,500 in city funds toward recovering that revenue. The Northern Kentucky-based nonprofit, the Devou Good Project, donated the remaining $11,500.

The nonprofit is the same organization behind donating 1,000 bike racks throughout the city of Cincinnati and 500 across Northern Kentucky, as well as financing multiple active transportation projects throughout the region in recent years.

The Hamilton County Board of Elections will host more than 300 polling locations throughout the county on Nov. 3. Elections director Sherry Poland previously told WCPO that transit and pedestrian access is one of multiple factors the board considers when assigning polling locations.

"Transit is taken into consideration," she said. "We also try, if we can, to make (polling locations) within walking distance (to voters' homes), but that's not always practical."

Among the expected improvements to Metro are longer hours and more frequent arrivals along Metro's most-ridden local routes.

Hardy said the nature of this year's election being highly contentious and in the middle of a continuing pandemic makes this decision even more significant.

"There's a lot at stake, not just for the city -- this is a regional thing -- and I think we were able to make the case when half the transit agencies in Ohio are doing the same thing," Hardy said. Transit agencies in both Cleveland and Columbus will offer free rides on Election Day.

Until Election Day, however, Metro riders have limited options to cast their votes. As WCPO previously reported, Metro provides three routes that pass by the Hamilton County Board of Elections office in Norwood, but catching one of those buses can be a challenge for residents who do not live in the urban core.

Hamilton County voters can cast or drop off their ballots early at the board of elections office, located at 4700 Smith Road, at the following times:

Polls open across the county at 6:30 a.m. on Election Day.