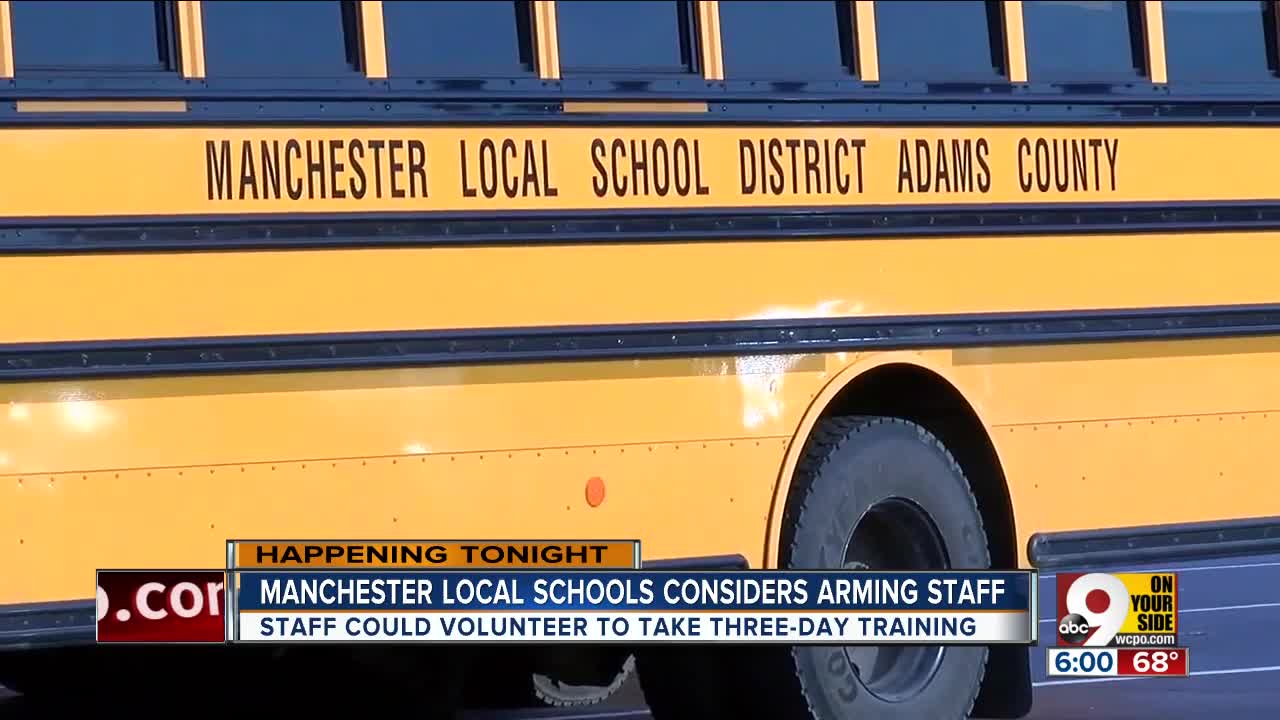 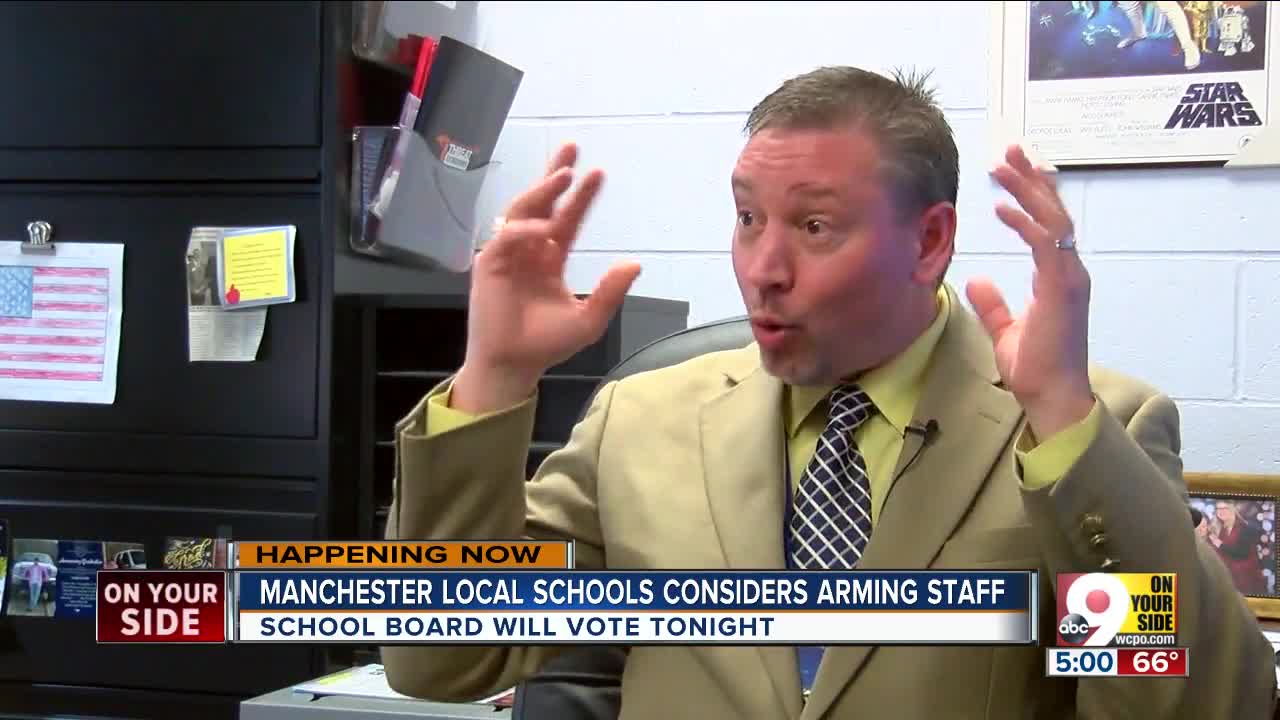 MANCHESTER, Ohio — The board of Manchester Local Schools voted 4-1 in favor of arming teachers and staff in front of a scattered handful of spectators Wednesday night.

Superintendent Brian Rau said later he believed the meager turnout was an indication most of the community supported his plan, which would allow volunteer staff members to carry concealed weapons after taking a three-day, 27-hour training course through the Tactical Defense Institute in West Union.

“You know people,” said Nellie Prebble, whose daughter attends Manchester High School. "They do things before they think. They can’t take back what they’ve already done, so I don’t think it’s a good idea.”

Tim Davis, a middle school science teacher, said he believed Manchester schools employees would be able to react faster to a crisis than police, more effectively limiting the damage a shooter would be able to do.

“The Stoneman Douglas shooting took place in the span of about 15 minutes," he said. "Average police response time is 12.5 minutes. God forbid, if it were to happen, the shooting would be over and done with and we’d be left to pick up the pieces until law enforcement gets here."

“Those windows were there to invite people from the outside to look in,” Rau said of the large, outward-facing windows in many of the classrooms. “Fast forward. It’s 2019, and we’re all pulling our hair out thinking we have to close the windows and cover them. Now they’re a nuisance.”

He had been discussing the idea of arming some staff members with the community for a year.

“We don’t have a police department. We do have the Adams County Sheriff's Department, but they could be at quickest 20 minutes away. Most of the school shootings are finished within way before 20 minutes,” Rau said.

The district has a school resource officer, but he can’t be everywhere at the same time and protect the 841 students in the district, he added.

“You always want to send the kids home in as good or better shape than the parents sent them to you in the morning,” Davis said. “I feel that being able to protect them in any way is guaranteeing that.”

Rau said his proposed changes to the school's safety policies would not be immediate — they still need approval from the Ohio Board of Education. He estimated Manchester could see its first armed staff members in 2020.