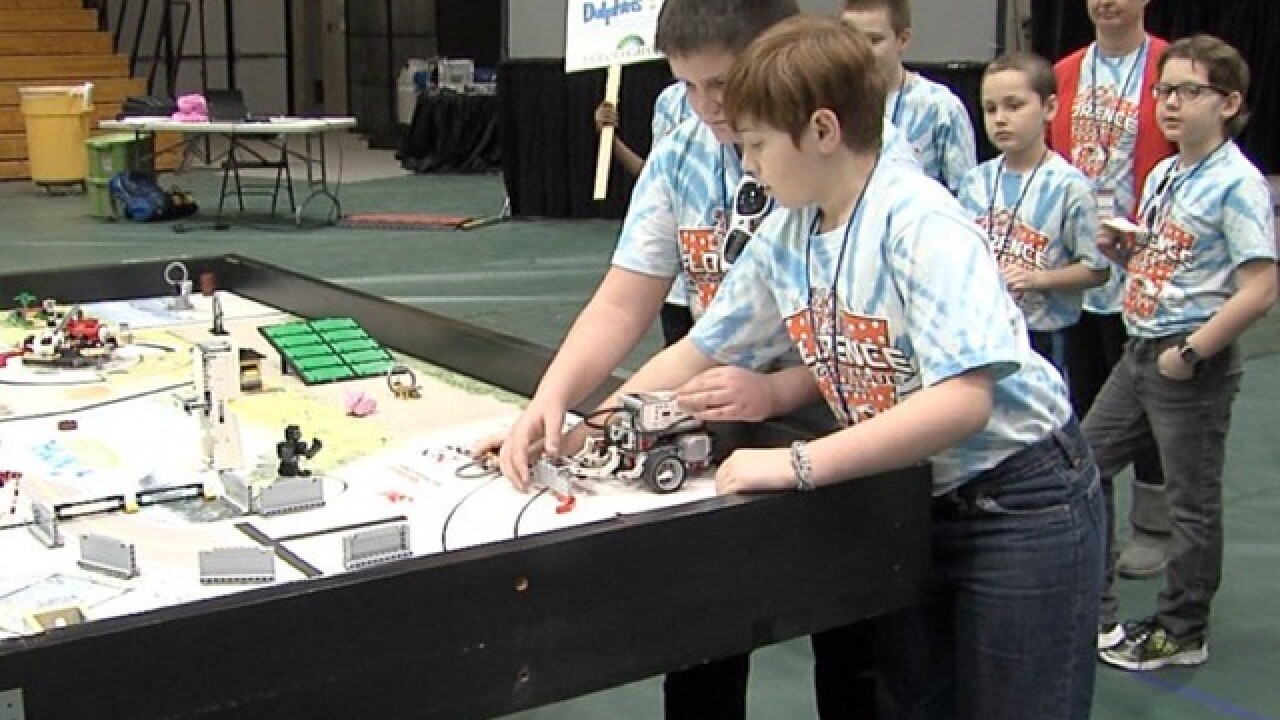 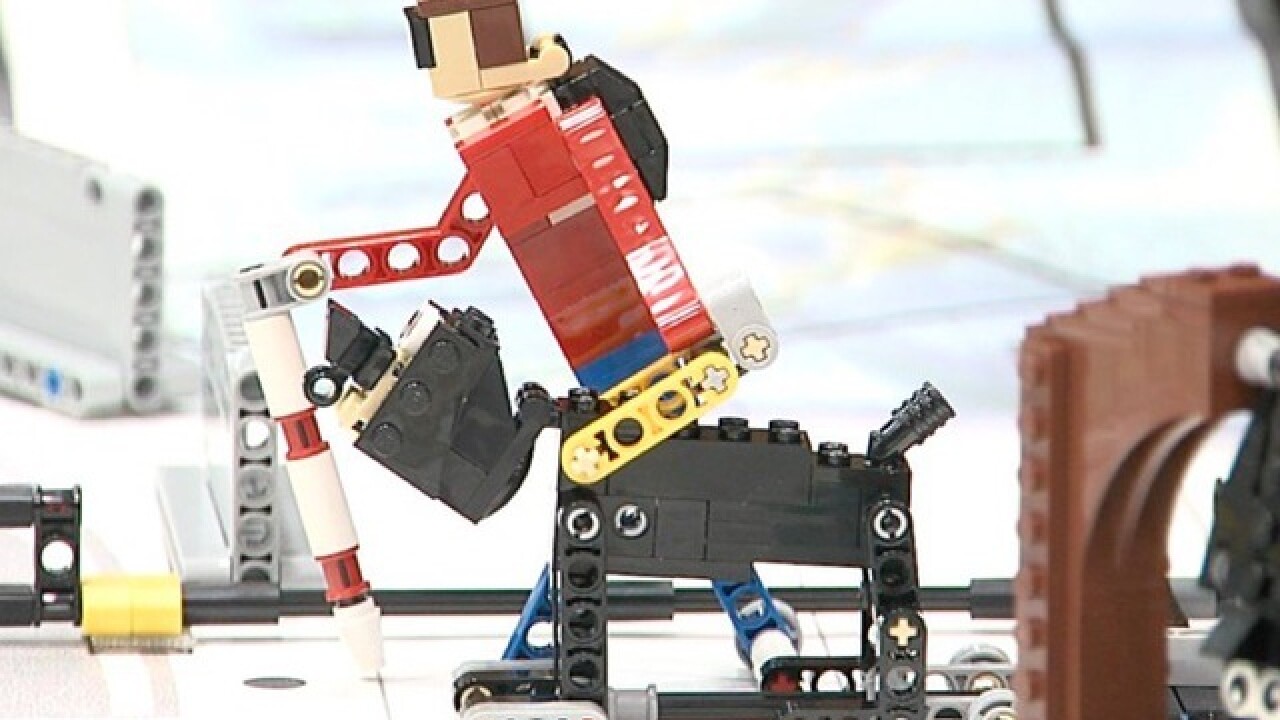 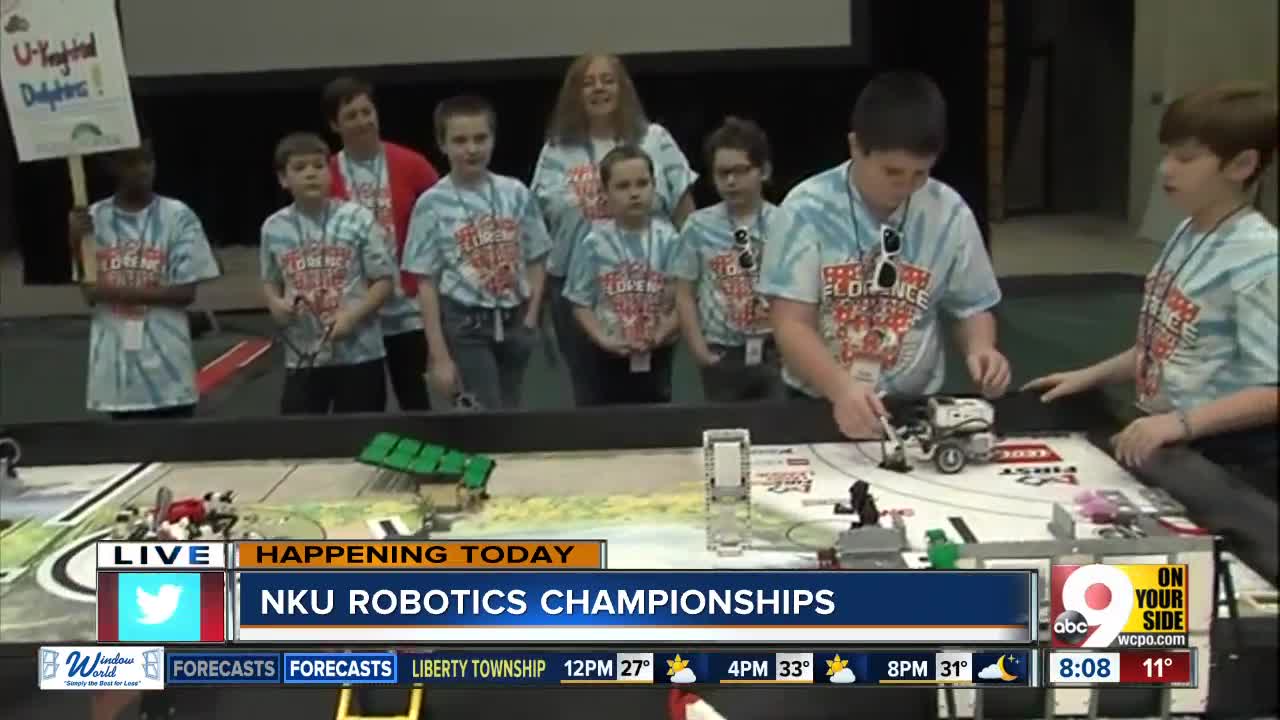 HIGHLAND HEIGHTS, Ky. -- Hundreds of students from around Kentucky are showing off their building and programming know-how Saturday at Northern Kentucky University.

They're competing in the FIRST LEGO League state championship, a two-part challenge based on a real-world scientific topic. This year's theme is Animal Allies, exploring how humans and animals interact.

More than 450 students, ages 9 to 14, were split among 48 teams. They program an autonomous robot to score points on a themed playing field, then will develop a solution to a problem they identified.

Making it to the statewide competition, held at NKU's Regents Hall, was no small feat.

"There's a certain way they got to program the robot to go out and do the mission and come back and bring the models back," head referee Jim Lohre said.

Saturday's winners will move onto the national/international competition in St. Louis and Houston.