Schott Stadium an opportunity to decide: 'What do we allow?' 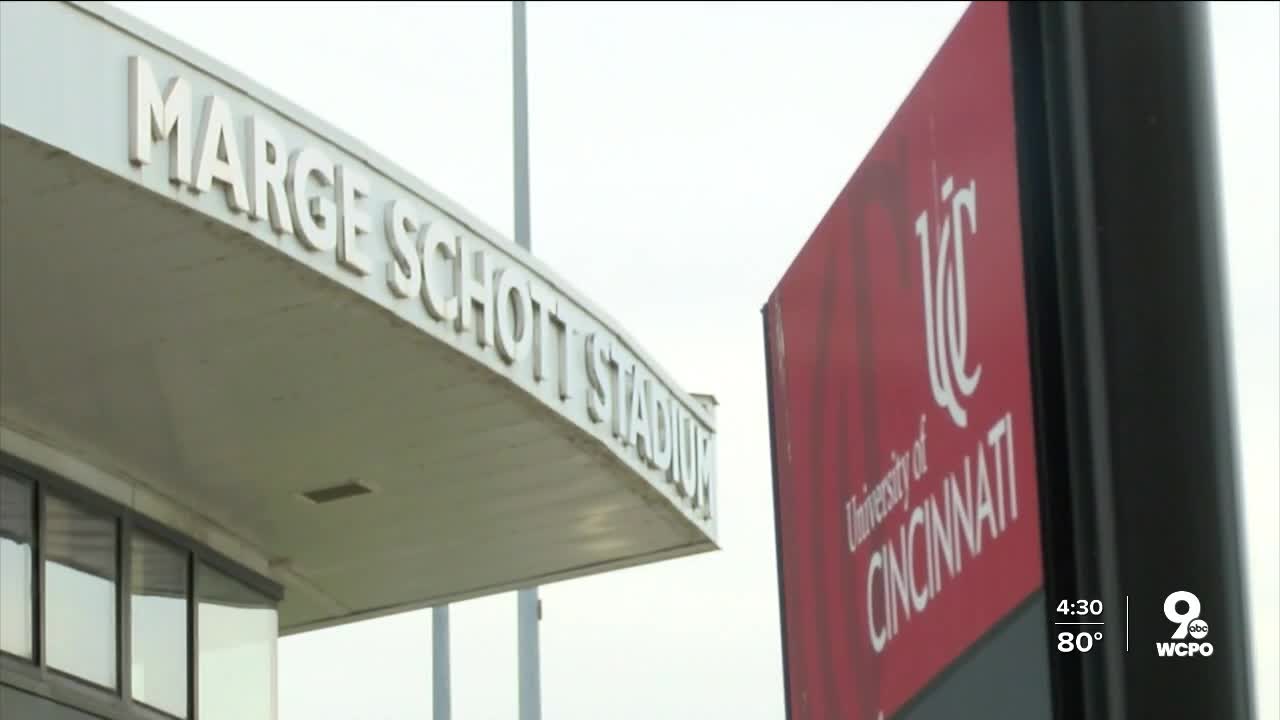 “This is a great time to really self-reflect on everything that’s going on," said Jordan Ramey, the former Bearcat who started a petition to rename the facility. "What do we allow? What we allow gets stronger, and we’re not going to allow racist culture anymore.”

What’s in a name? When the name is Marge Schott, it's complicated.

Longtime Cincinnatians might remember Schott, who owned the Cincinnati Reds from 1984-'99, for her colorful personality and philanthropy.

They might also remember the numerous racist, homophobic, anti-Semitic comments that earned her two suspensions from Major League Baseball and ultimately forced her to sell the team. A Reds employee said Schott used racial slurs to refer to black Reds players; her marketing director said she called him a "beady-eyed Jew"; at one point, she said Adolf Hitler had been a good leader before World War II. Facing a third suspension in 1999, she sold the team and later died in 2004.

FROM THE VAULT: The rise and fall of Marge Schott

“To know that somebody who gave so much money to the community held such beliefs about the people she was helping, it just really doesn’t make sense,” University of Cincinnati pitcher Nathan Moore said.

“This is a great time to really self-reflect on everything that’s going on," Ramey said. "What do we allow? What we allow gets stronger, and we’re not going to allow racist culture anymore.”

Moore got behind the effort immediately.

“I wasn’t aware of Marge Schott’s history before I saw Jordan’s petition, and it was really just a no-brainer, given my platform and voice at the moment," Moore said. "It was just the right thing to do.”

“There’s a lot of people that can come through that stadium, and you want it to represent what UC is about," Harrison said. ”I think with everything going on, now is more of a time for people to come together and agree that right is right, wrong is wrong. Know that nothing's gonna be easy, but at the same time, things can be changed. It's not going to happen overnight. You get enough people on board, you can come up with some ideas."

Cincinnati native and former Reds outfielder Dave Parker, who was once the subject of Schott's racial slurs, believes the current climate necessitates action.

"Their hand is forced," Parker said. "It's not something you can just sit down and write a paragraph about. I think it's important that something is done. I'm just anxiously awaiting to see what happens."

The stadium was named after Schott in 2006, after the Marge and Charles J. Schott Foundation donated a $2 million gift to the Richard E. Lindner Varsity Village. The foundation released a statement addressing the issue Thursday.

"While we cannot make excuses for the rhetoric made by Mrs. Schott decades ago, we can ask you to learn from Mrs. Schott’s mistakes as well as her great love for Cincinnati," the statement read. "We appreciate what these great organizations bring to Cincinnati and we fully support the decisions made by the organizations who have received grants from the Foundation. We will continue to support the Cincinnati community and the important work of our charities and non-profits."

The University of Cincinnati announced that the Board of Trustees would address the issue at a meeting on June 23. Ramey's online petition had grown to more than 9,300 signatures by Monday afternoon.

“I think it shows that there is no tolerance anymore for any act or stance of racism in our community and in the world and in this country especially,” Moore said.

As civil unrest continues in Cincinnati and around the country, Moore’s point is that Schott's name sends a message.

“Just imagine how a black student might feel walking past that, knowing that her amount of money in donation made it OK for her name to be commemorated on a building here,” Moore said.

The petition to change the name of the stadium has sparked a conversation about complacency — from the world of sports to everyday life — to which no one is immune.

“We’re progressing as a community, and I think the people’s voices have been heard and it’s going to continue to be heard, and we’re not going to stop until it is,” Ramey said.