ESPN: University of Cincinnati fans are the happiest in college football 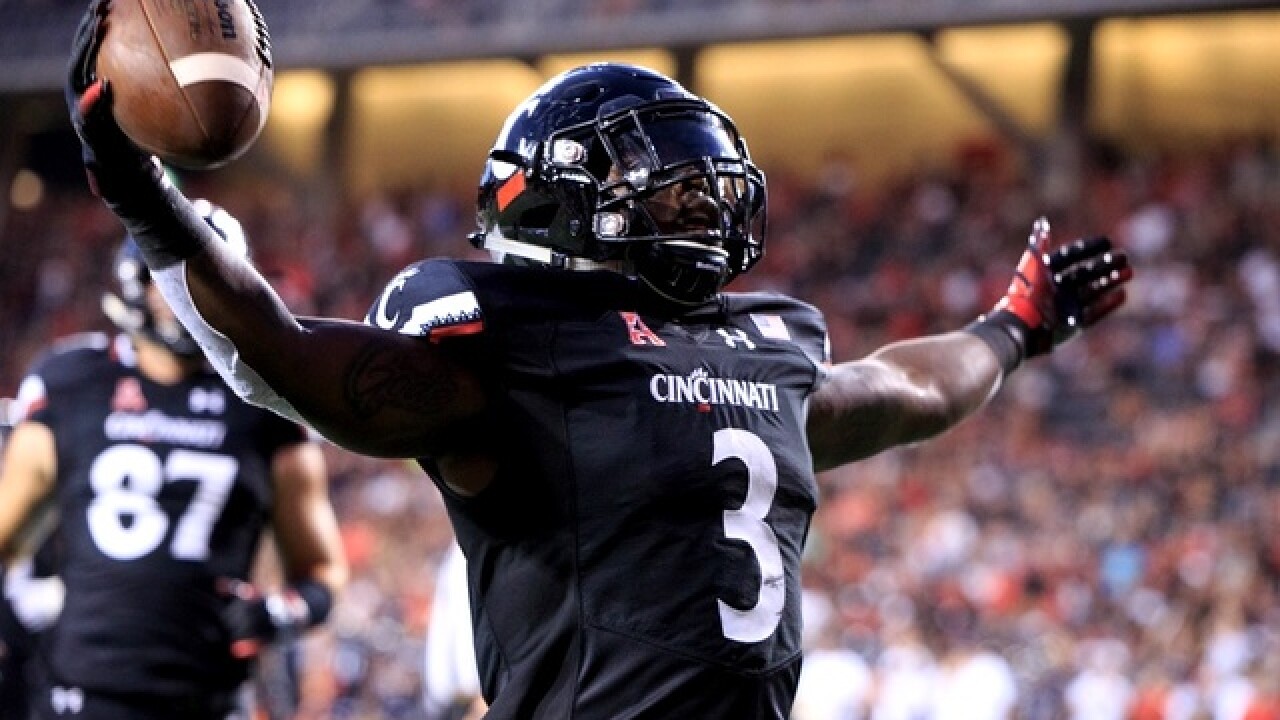 Image copyright 2018 Getty Images. All rights reserved. This material may not be published, broadcast, rewritten, or redistributed.
Justin Casterline
<p>CINCINNATI, OH - SEPTEMBER 15: Michael Warren II #3 of the Cincinnati Bearcats celebrates after a touchdown in the game against the Alabama A&M Bulldogs at Nippert Stadium on September 15, 2018 in Cincinnati, Ohio. (Photo by Justin Casterline/Getty Images)</p>

CINCINNATI -- Loving sports in Cincinnati doesn't have to be an exercise in masochism. According to ESPN's weekly College Football Fan Happiness Index, fans of the University of Cincinnati Bearcats are, for now, the happiest in the country.

The FHI "attempts to quantify the unquantifiable" by combining a series of subjective and objective data points, including the likelihood a team's head coach will be fired, the strength of its new recruits, its standing in any ongoing rivalries and the fandom's overall mood on Twitter.

The Bearcats' exhilarating 63-7 win over Alabama A&M kept them undefeated for the season and helped propel them to the top of the list, where ESPN estimated fans' happiness at 99 out of a possible 100 points.

Not bad at all for a team that went 4-8 under brand-new coach Luke Fickell in 2017 and prompted Ken Broo to wonder when Ohio State's shine might rub off on the ‘cats.

Fickell, now in his second year, said after a surprise opening win over UCLA that praise might be harder thing for his team to process than criticism.

And what about that Ohio State shine, anyway? The Buckeyes clocked in at ninth in ESPN's ranking, boasting greater revenue growth than UC but less success against longtime rivals; Indiana fell just a few places behind at No. 14; and the University of Kentucky sat at No. 24.

Far, far below them? Miami University, which ranked at the very bottom of the 130-school list.