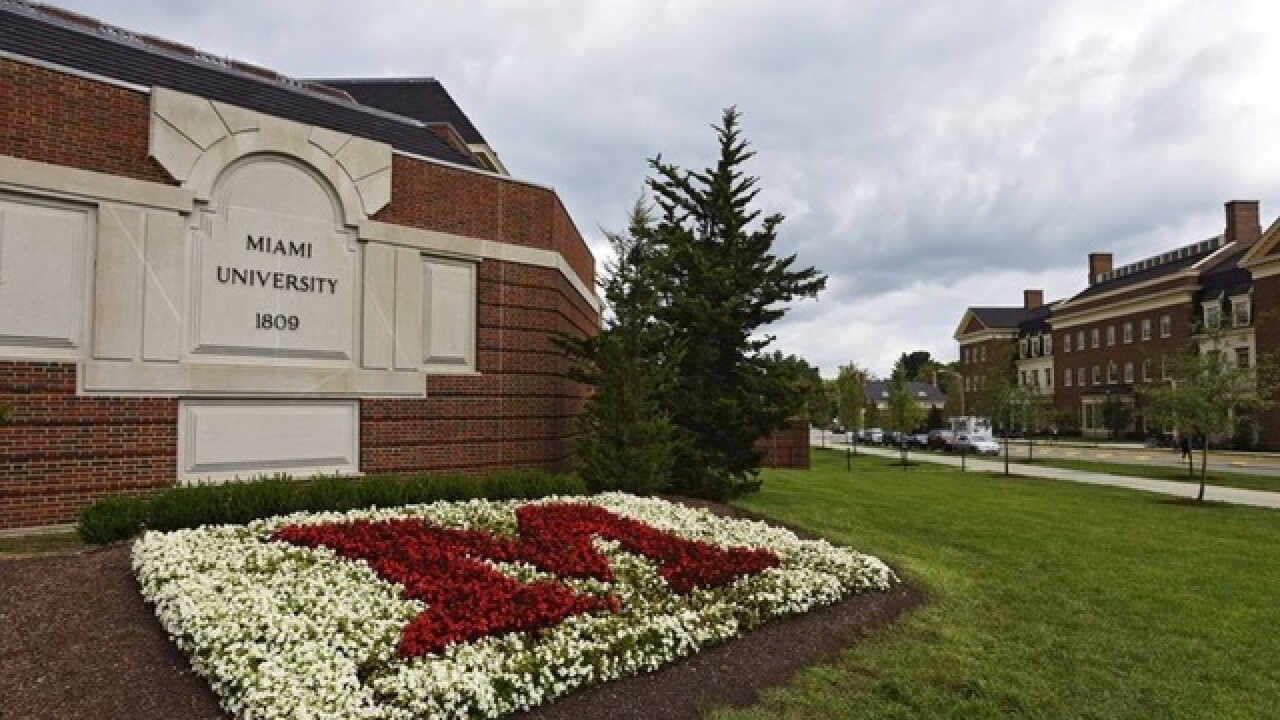 OXFORD, Ohio — Eighteen Miami University fraternity members accused of hitting, kicking and spitting on “pledges” have been charged with dozens of misdemeanors in Butler County, according to a grand jury report released Wednesday.

Their 64 cumulative charges are all either for assault or hazing. Most stand charged with more than one count of each.

The Journal-News reported all 18 are members of Delta Tau Delta, a fraternity banned from campus until at least 2029 in response to a new member’s report of violent hazing this spring.

In his May complaint, the new member wrote that he had been forced to drink and smoke to excess while blindfolded and that drunken senior members had beaten him with a spiked paddle during a mandatory “big/little” reveal party. He would later be hospitalized with a .231 blood alcohol level, per a university report.

Text logs between him and one of the senior members show the latter describing the incident as an effort to “turn boys into men.”

“it [expletive] sucks, but it pays off in the end and you don't appreciate it until you're a little older, because I hated it, but now have respect for it," he wrote.