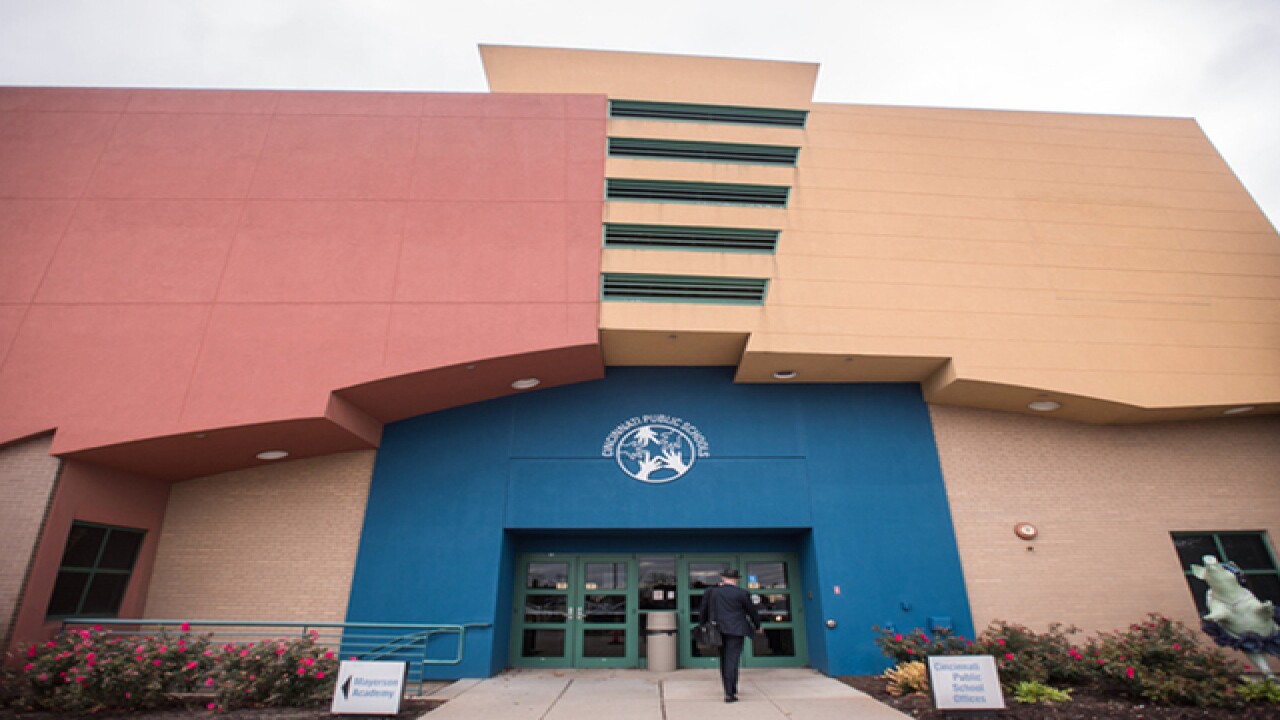 CINCINNATI — Cincinnati Public Schools failed to properly manage grant money awarded to its "Walking School Bus" program, according to an audit released Thursday by the U.S. Department of Justice. That mismanagement, the audit states, led to the program's manager raising their own pay and hiring people with criminal histories to walk elementary school children to and from school.

The 60-page audit details what the DOJ Office of the Inspector General characterized as mismanagement that resulted in the improper spending of federal grant funds and created potential safety threats to elementary schoolchildren.

The district was participating in the federally funded Walking School Bus program. The Office of Justice Programs National Institute of Justice awarded the school district nearly $5 million in grant money to pilot the program for three years between 2015 and 2017. The program operated for almost half that time before, in March 2016, federal grant managers became aware of some emerging problems. Those concerns paused the program and launched a series of investigations that culminated in the Inspector General's audit released this week.

CPS had collected from the federal government about $760,000 in reimbursed costs — and had spent roughly an additional $600,000 — for the program by the time it was put on hold. The feds have not reimbursed any of the additional money spent after reimbursing the initial $760,000.

The district implemented the program at eight schools over the roughly 18 months it operated.

The audit's allegations of mismanagement run the gamut. The most serious accusation is that the contractor hired to manage the program hired at least one individual with prior child endangerment charges and another with prior charges of drug trafficking within 1,000 feet of a school. The program manager also revised the budget to increase their salary by $98,290.

CPS spokeswoman Lauren Worley said in a statement Thursday that "there is no evidence that there was any significant safety concern for students involved in the Walking School Bus program and no evidence of any child harmed during the program." She added that the district "disagree(s) with several of the DOJ's findings," but also said the district has responded to the agency's request for information and has taken steps to "improve financial management of grants."

"The safety of our students is our paramount concern," Worley said.

Read the full audit report in the viewer below.

Of the 63 people hired as Walking School Bus "conductors," one had prior charges involving trafficking drugs within 1,000 yards while another had previously been charged with corruption of another with drugs and child endangerment.

"These two individuals worked for the (Walking School Bus) program and walked the children to school for 10 months and four months, respectively," according to the audit.

A dozen others hired had at least one prior criminal charge on grounds of domestic violence, conspiracy to distribute firearms, probation violation and persistent disorderly conduct, among others, the audit found. There were six more individuals hired without a proper criminal background check on file, the audit also found.

The audit also found a lack of documentation that would indicate what would constitute a "clean" background check of an applicant.

"While we did not identify specific instances of child harm, the lack of oversight in this area is significant," the audit states.

The audit also states that the program did not provide adequate operational and procedural training to the conductors hired, "which not only increased the risk for programmatic failure, but also compromised the safety of its schoolchildren participating in the grant program."

The audit describes six incidents that could have compromised students' safety but, the report found, lacked proper communication and resolution:

The audit also details the theft of 57 computers from a CPS building -- computers purchased with grant money. Citing security concerns for the students' personal information, the DOJ urged the district to notify the families involved in the program. In its response to a draft of the audit -- those responses are included in the final audit released this week -- the district said that personal information was stored in a cloud server and not on the machines stolen.

The program manager did not properly report these incidents to the school district, the audit states.

The boss arranged a pay raise

The audit lists a thorough record of ways the Walking School Bus program's budget was revised as it was implemented, including the program manager raising their pay by more than $98,000. The manager also raised the salaries of other high-level program employees and added another senior position, the audit states, for an additional $200,000 in budgetary revisions.

The manager also approved nearly $29,000 in additional spending on audio-visual equipment, including tablet computers, a smart TV, a projector and video cameras.

Budget reductions included compensation for conductors and all but eliminating funding for a data coordinator staff member. The final program budget also included less than half of the $155,000 originally allocated for training development, community engagement and district-wide events.

Walking to school as a CPS student

The DOJ's audit shed light on another potential for risk CPS students faced while walking to school. While the Walking School Bus program halted operations in 2016, this week's audit followed a recent rise in pedestrian safety concerns surrounding the district's elementary schools and high schools that came to a head late last year.

In December 2018, the district made headlines after drivers struck more than a dozen district students while they walked to and from school in a single semester. A majority of those crashes occurred around the district's West Side schools, particularly Western Hills University High School and Gilbert A. Dater High School, located on Ferguson Road in West Price Hill.

In the early months of 2019, the district has worked with the city and with Duke Energy to begin implementing infrastructure and lighting improvements around multiple CPS campuses.