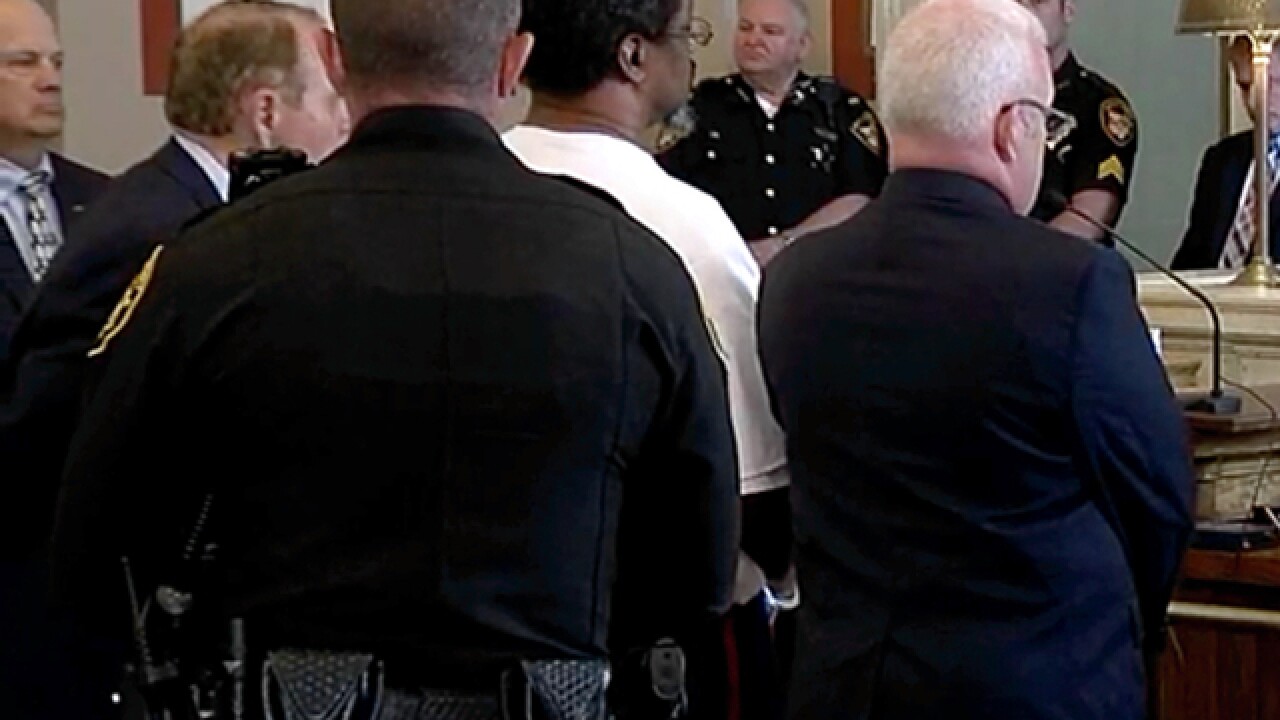 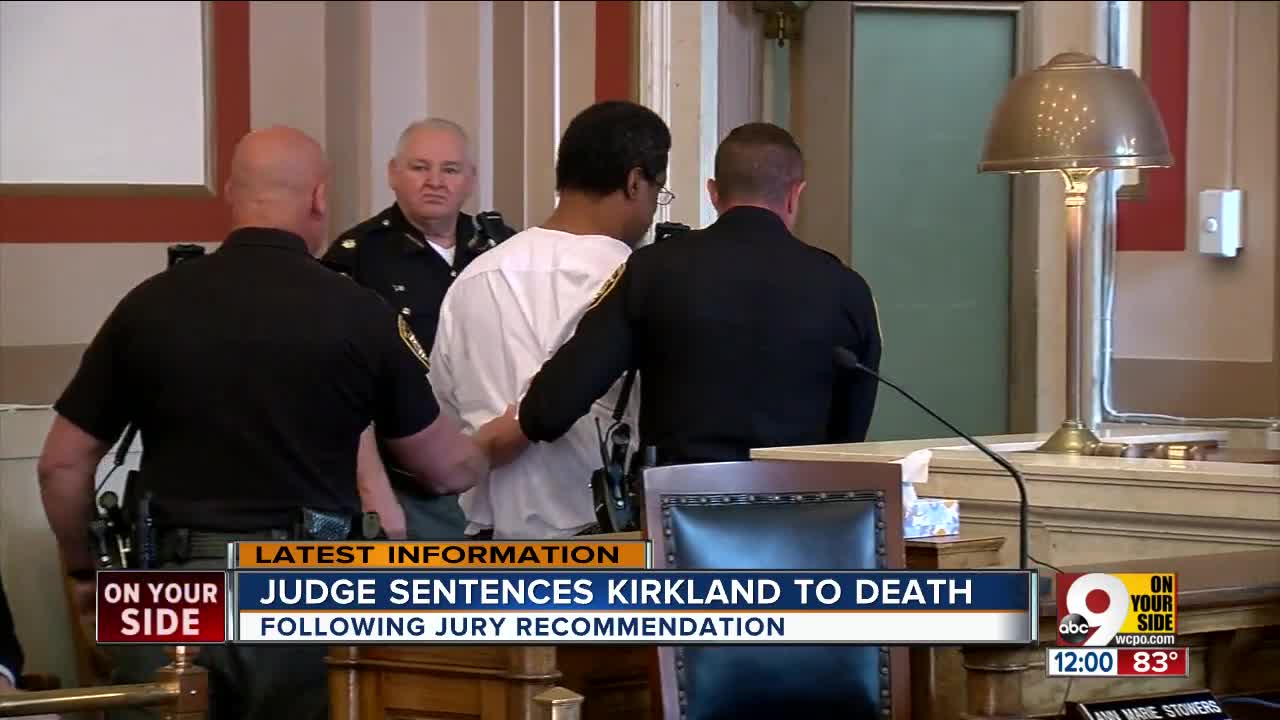 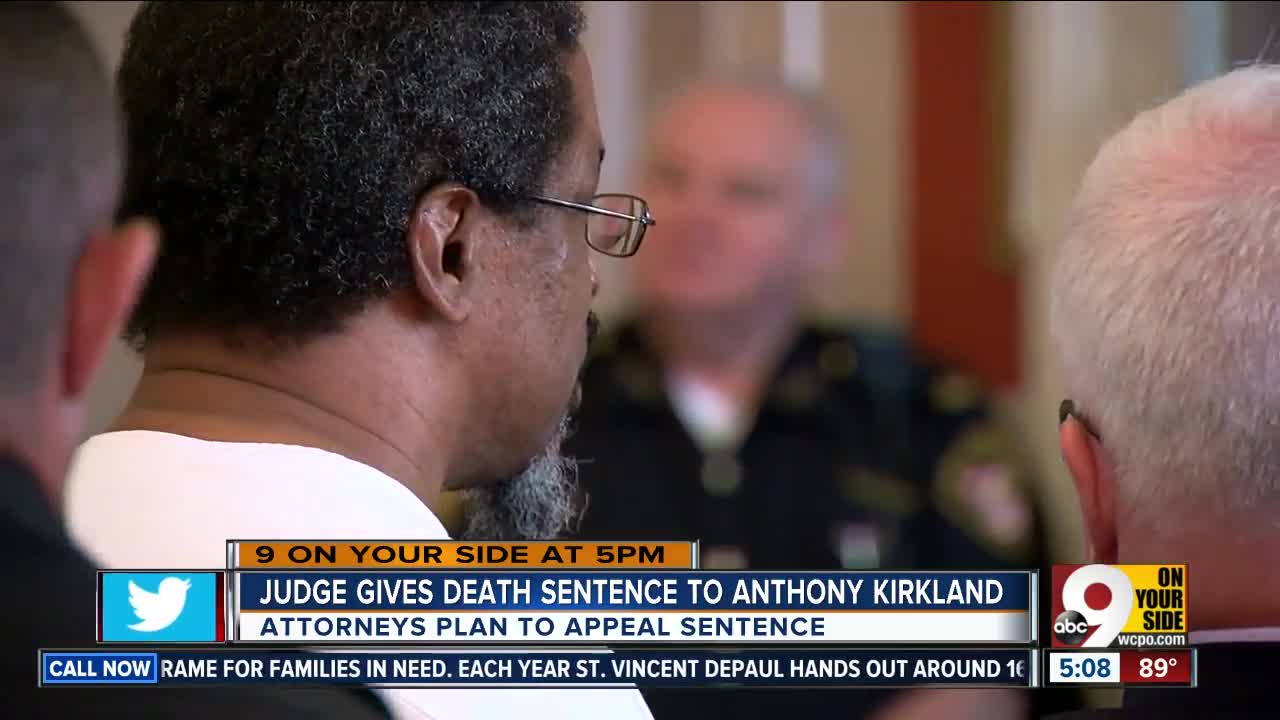 CINCINNATI -- Serial killer Anthony Kirkland is scheduled to die by lethal injection on the 10-year anniversary of the death of his youngest victim, 13-year-old Esme Kenney.

Judge Patrick Dinkelacker handed down the sentence at a 10 a.m. hearing on Tuesday for the rape and the murder of Kenney and 14-year-old Casonya Crawford. Kirkland's attorney said they would pursue an appeal.

“If we as people, as believers of law and justice, are going to have the death penalty imposed on the worst of the worst … then if not you, Anthony Kirkland, who," Dinkelacker said.

When asked if he would like to say anything to the judge, Kirkland talked about his debt and asked Dinkelacker if he would offer him legal representation if he decided not to waive court costs. Kirkland did not offer an apology.

“It makes me sick to my stomach to have you stand here and talk about your money in prison when we’re talking about 13 and 14 year old kids that are killed by you,” Dinkelacker said.

“He took a lot of light from us,” she said. “She (Casonya) was a joy. She honestly was. She was a joy, and I was thinking about on the way down here, those chubby cheeks, them big ‘ol bright eyes … and it’s just hard.”

The exchange between Anthony Kirkland and Judge Dinkelacker after his death sentence:

D: You know what? I don’t want to hear it. Take him away.

K: Have a nice life.

Hamilton County Prosecutor Joe Deters said Kirkland is the “worst of the worst.”

“I’ve tried four serial killers in my life … and he cannot be -- he cannot be killed by the state of Ohio soon enough for me,” Deters said.

Before the sentencing, Kirkland’s attorney made one last plea for life in prison without parole, saying Kirkland’s brain developed differently and he experienced a traumatic childhood.

RELATED: Kirkland victim's grandmother: 'Lay down and take your punishment'

Kirkland received the death penalty in 2010 after being convicted for the murders of teenagers Esme Kenney and Casonya Crawford, as well as 45-year-old Mary Jo Newton and 27-year-old Kimya Rolison.

Kirkland's execution is scheduled for March 7, 2019.