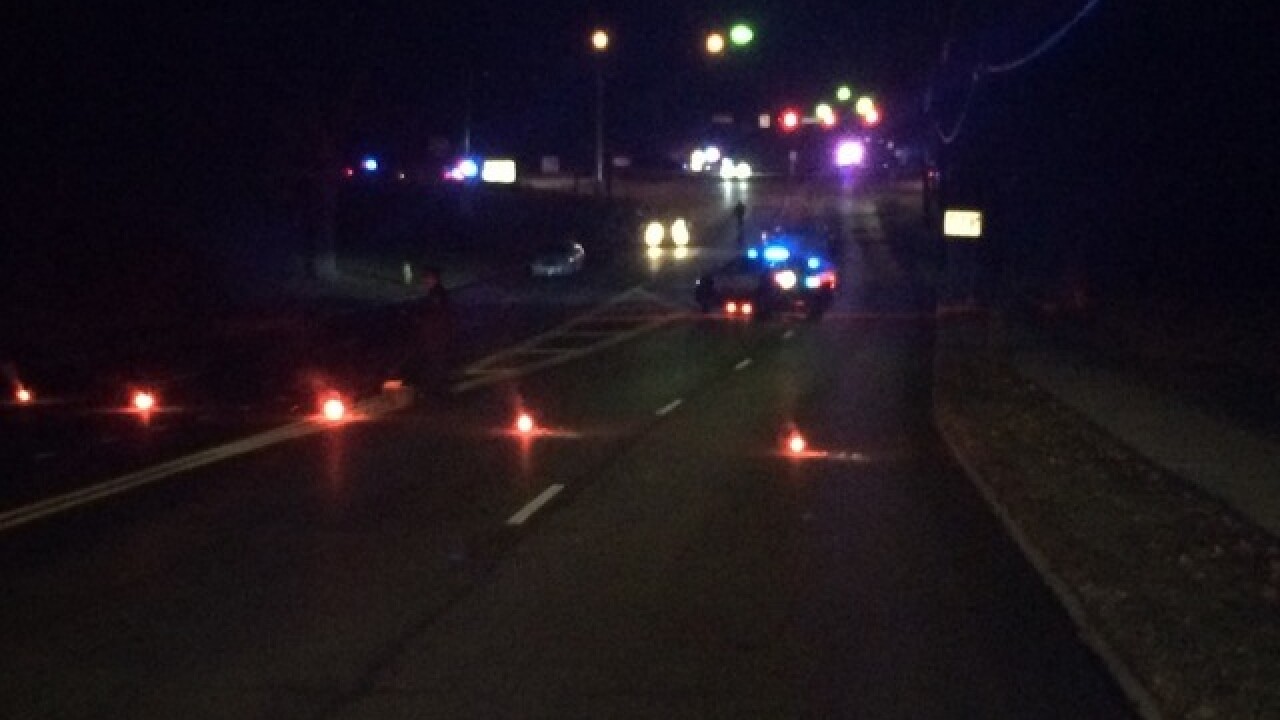 Copyright 2017 Scripps Media, Inc. All rights reserved. This material may not be published, broadcast, rewritten, or redistributed.
Kristen Swilley | WCPO
<p>FOREST PARK, OHIO. Jan. 1, 2017. Three vehicles collided near Sharon and Winton roads after two of the vehicles were involved in a shooting, police said.</p> 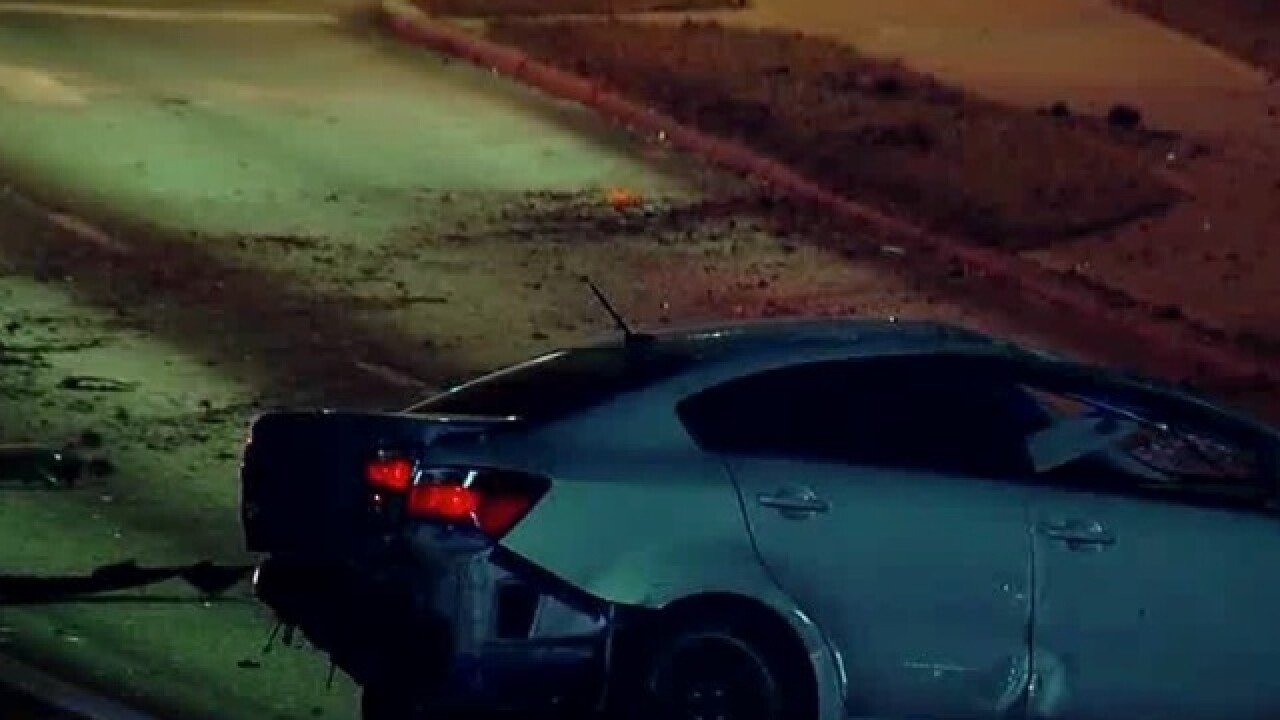 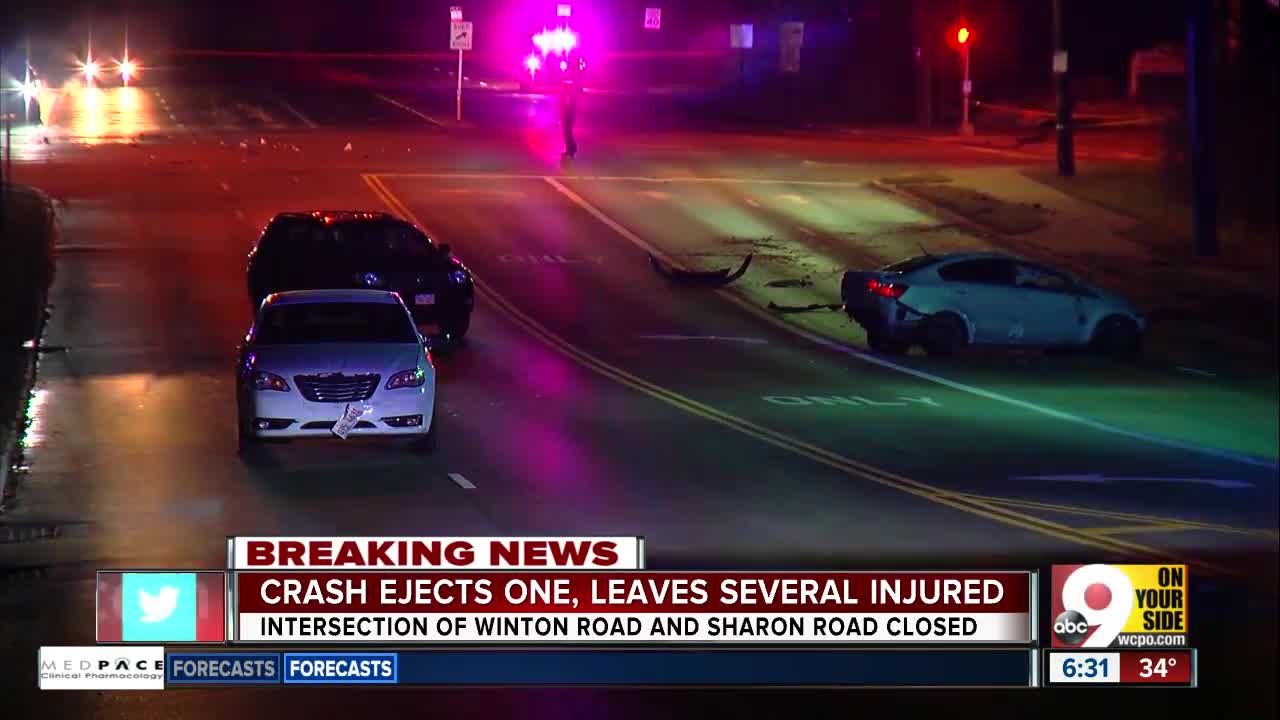 FOREST PARK, Ohio -- One person was thrown from a car early New Year's Day after a shooting and three-vehicle crash.

Someone shot Lonnie Mauldin's car at least twice outside a Springhill Suites at about 2:45 a.m., according to the Forest Park Police Department.

Mauldin chased the shooter as they drove off in a Kia, police said. Mauldin's car and the Kia collided several times as they headed south on Winton Road.

At Winton and Sharon roads, the force of a collision flipped over the Kia, police said. One person was thrown through the front windshield.

Mauldin then rear-ended a Toyota Highlander, police said. A woman inside the Highlander said some of the people involved tried to leave the scene.

"They getting into another car and they trying to drive off," she told a 911 operator.

Paramedics took one person from the Kia to Mercy Fairfield and another to University of Cincinnati Medical Center. Their injuries aren't life-threatening.

Two children were inside the third vehicle that wasn't part of the shooting; those children weren't injured. Mauldin also was not injured.

No one has been arrested as police follow up on leads, Lt. Rick Jones said.

The intersection was closed for several hours.