Victim's dad lashes out in court 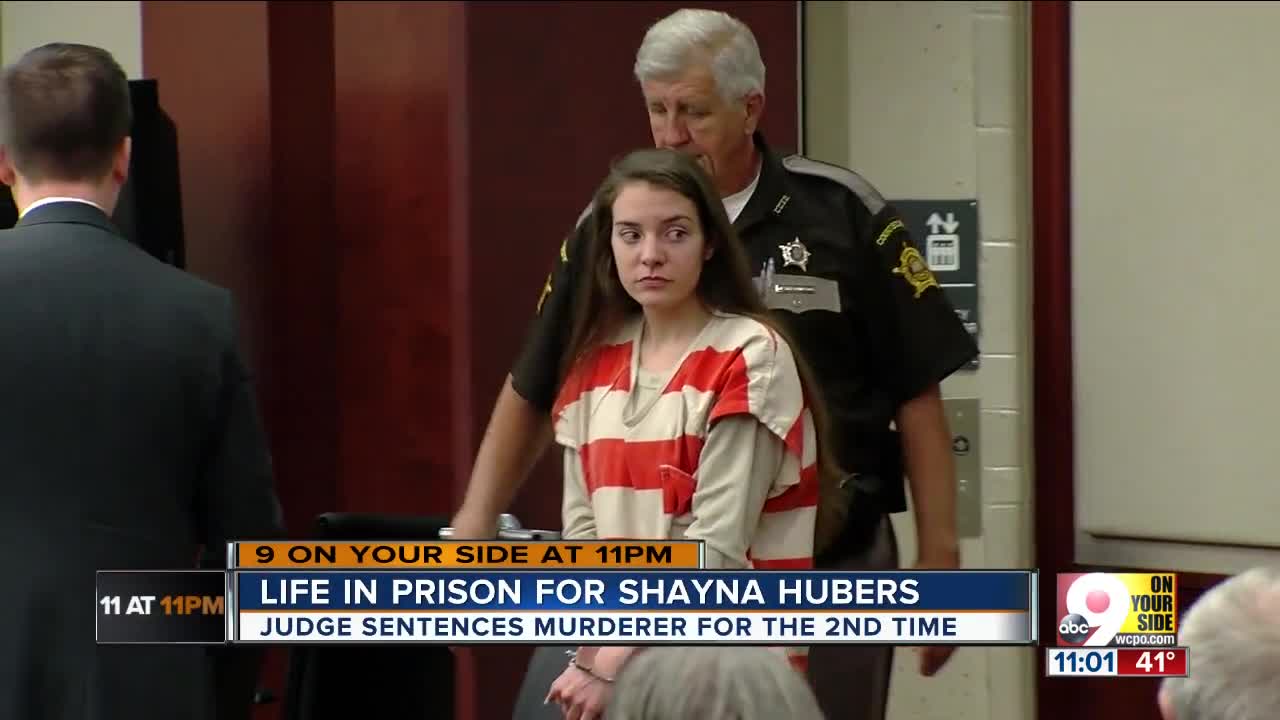 A judge followed the jury’s recommendation Thursday afternoon and sentenced 27-year-old Shayna Hubers to life in prison for shooting her boyfriend, Ryan Poston, to death in 2012. 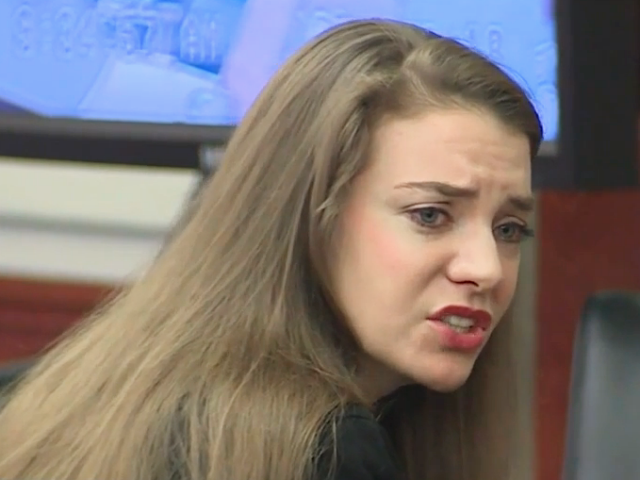 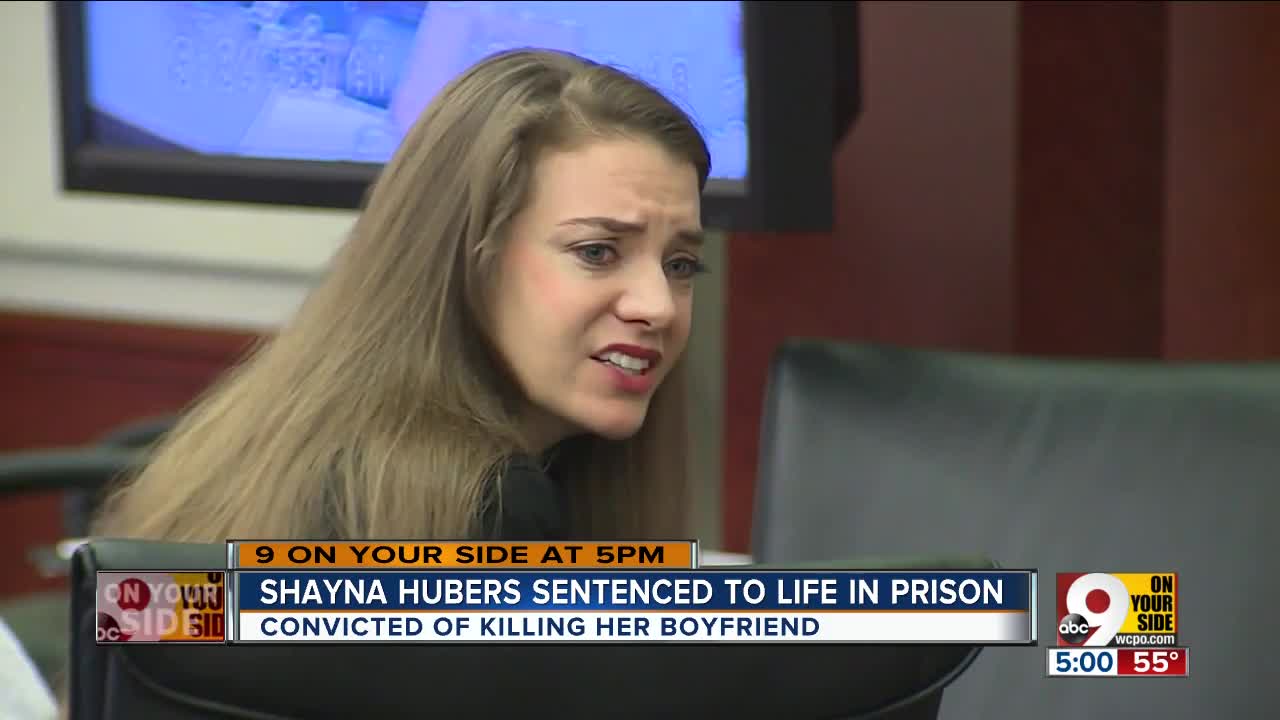 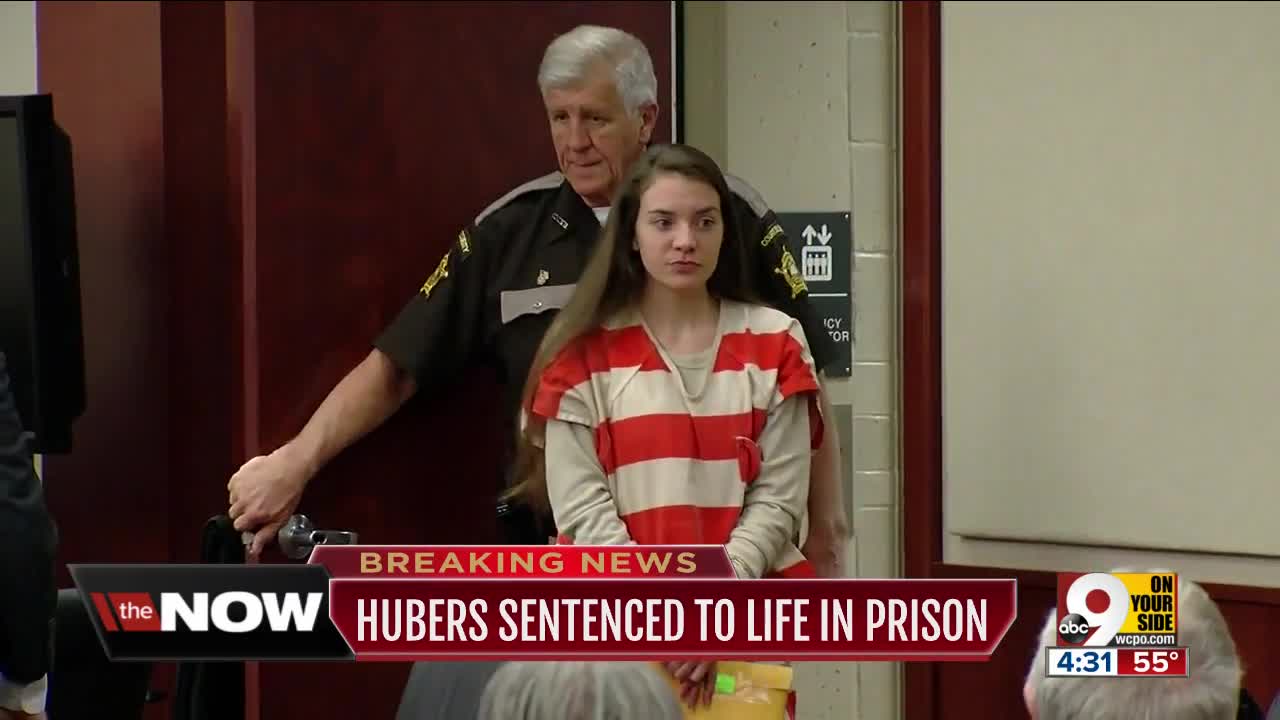 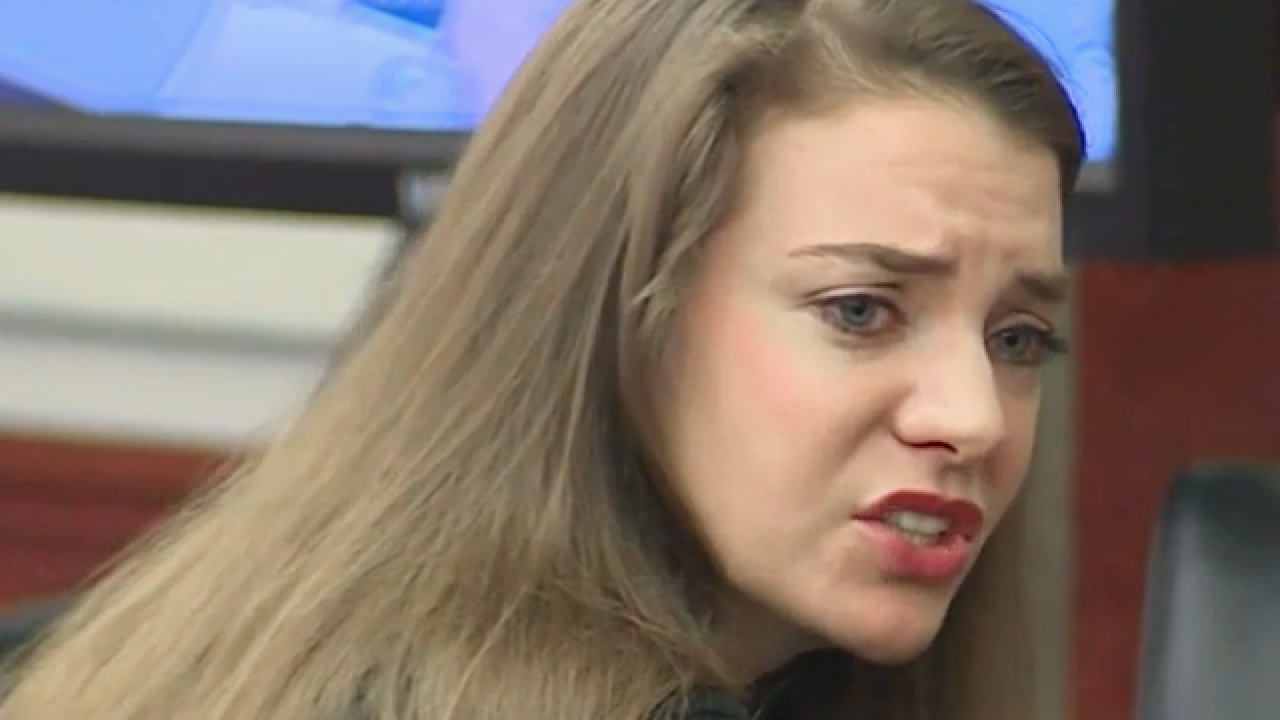 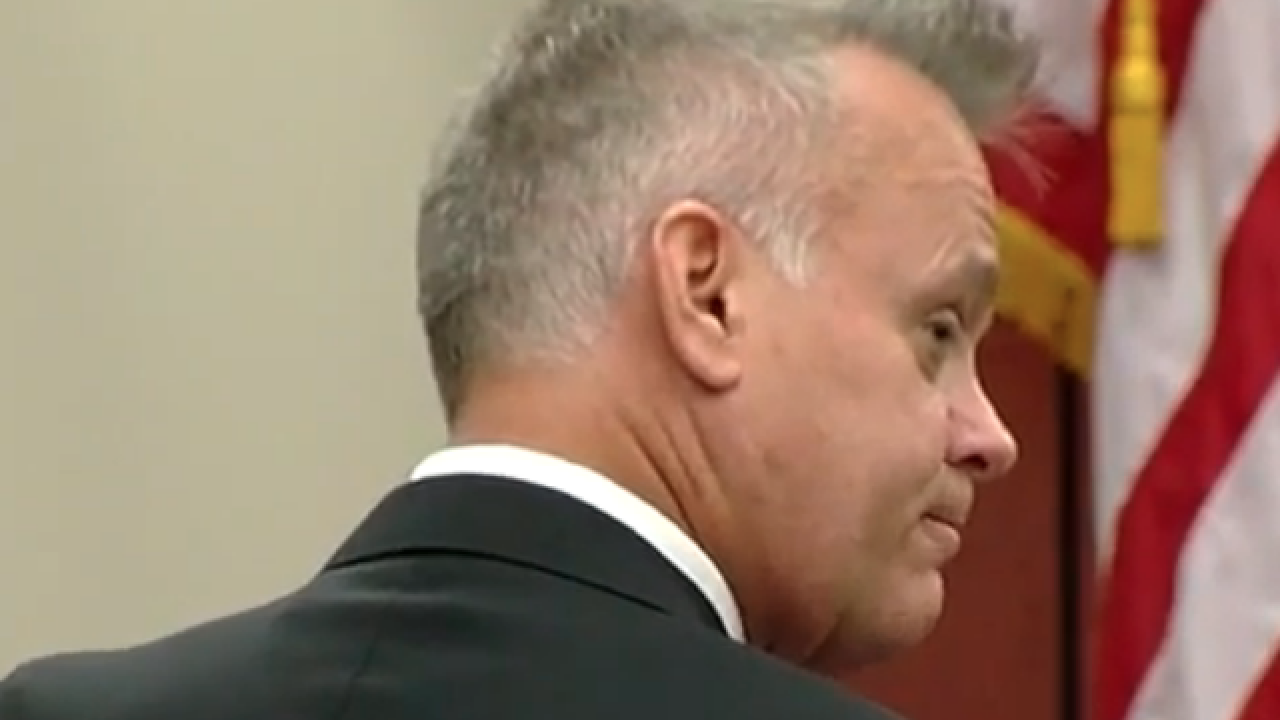 NEWPORT, Ky. -- A judge followed the jury’s recommendation Thursday afternoon and sentenced 27-year-old Shayna Hubers to life in prison for shooting her boyfriend, Ryan Poston, to death in 2012.

In final comments, Hubers’ defense attorney, David Eldridge, asked Judge Daniel Zalla for a sentence of 20 years, saying Hubers could be rehabilitated and become a productive member of society.  Eldridge said Hubers' behavior was "mitigated by her immaturity and psychological disorders."

But Commonwealth attorney Michelle Snodgrass scoffed at that and asked for life, calling Hubers' admission that she fired four shots into Poston, then two more to finish him off, "an execution."

"How callous is that? That's how you treat road kill," Snodgrass said.

Hubers showed no visible reaction when Zalla pronounced the sentence. The defense hasn't said if it will appeal.

Poston's father, Jay, was allowed to read a statement and condemned not only Hubers but her attorneys, the media and public for what he called "an horrific violation." He said he was watching TV and saw a picture of his son's body flash on the screen.

"Millions of people are being entertained by viewing pictures of my beautiful son lying dead on the floor of his home. What an horrific violation," Jay Poston said.

As Poston continued, he occasionally turned his head and glared at the defense table.

"Ryan did not asked to be murdered. He was a victim of murder. Because of this crime, we must bear witness to this invasion of his privacy and the theft of his dignity," Jay Poston said. "This violation happens in the press, in the media, and even more egregiously, in this very courtroom by the defense's strategy of personal destruction."

"Your daughter is sitting right there, breathing, laughing and speaking. She may one day sit at your table for your Thanksgiving meal," he said. "Meanwhile, I wait in the middle of the night - every night - anguishing that I may forget the sound of my son's voice, the warmth of his embrace."

Hubers has already served five years and 10 months since her arrest, but she will have to serve 20 years before she can be considered for parole. That means she won't get a chance until 2032.

Six years and six days after the killing, Snodgrass stood with Poston's family after the sentencing and tried to sum up their feelings.

"There is nothing that can allow the family to heal, but what this does today is it closes one chapter of this," Snodgrass said. "So the healing becomes different now. They don't have to worry about going back to court every so many weeks and months."

A jury recommended a life sentence for Hubers on Aug. 29. The same jury found Hubers guilty of murder for killing Poston in his Highland Heights condo on Oct. 12, 2012.

Hubers’ August conviction was the second time a jury found her guilty of murder. Hubers secured a retrial after her lawyers discovered a juror from her original 2015 trial was a convicted felon.

Hubers was sentenced to 40 years in prison after her first trial. Poston’s family and the prosecution wanted more.

"Forty years the first time just wasn't enough to send a clear message of life. This is justice for us," Jay Poston said after the second jury recommended life for Hubers.

Hubers claimed she shot Poston in self-defense. She said Poston had been physically abusive before she shot him.

But the prosecution said Hubers killed Poston because he wanted to break up with her. Prosecution witnesses testified Hubers had thought about killing Poston before the murder. She fantasized about killing Poston, she told a friend via text message. The couple were going to a shooting range together, she wrote, and she wanted to "turn around, shoot and kill him and play like it's an accident."

Zalla handed down the sentence after two unexpected delays when Hubers’ defense raised objections to the pre-sentence investigation report (PSI).

Thursday’s first delay came when Huber’s defense objected to the PSI because it included some letters of support for Hubers that her attorneys didn’t get a chance to see.

The Commonwealth said letters are filed with the report under Kentucky law and have to be requested by the defense, which the defense didn’t do.

The defense asked for time to review the letters and Zalla granted a recess.

When they came back, the defense protested the PSI again, and that seemed to threaten to delay sentencing into next week or longer.

Zalla told both sides he wanted briefs within seven days.

The prosecution said under Kentucky law both sides must agree to the report before sentence can be passed, and the defense indicated it wouldn't do that.

But the proceedings resumed.

In one motion for a mistrial, Hubers' attorneys claimed the Commonwealth made "improper, inaccurate and inflammatory comments during closing arguments in the sentencing phase."

The motion claimed that the "prosecutor alleged, incorrectly, that the defendant requested during the trial that a television display be moved back so that she could view the photographs of Mr. Poston's dead body. Despite the inaccuracy of the statement - defense counsel requested the relocation of the television to preserve Ms. Hubers' constitutional right to confront the witnesses against her - the impact of the statement clearly created prejudice and inflamed the jury against her."

Zalla also denied two other defense claims that the jury pool was tainted and that the judge ruled in error by allowing Poston's neighbor not to testify in person.

In regard to the first, the defense claimed that a juror was overheard outside court saying Hubers was guilty.

Regarding the second, Doris West and her husband lived in a condo under Poston's. Doris testified in the first trial that she heard shots and a noise like something hit the floor. But she didn’t appear in person at the second trial because of mental and physical deterioration, the Commonwealth said.

Instead, her testimony from the first trial was played on videotape.