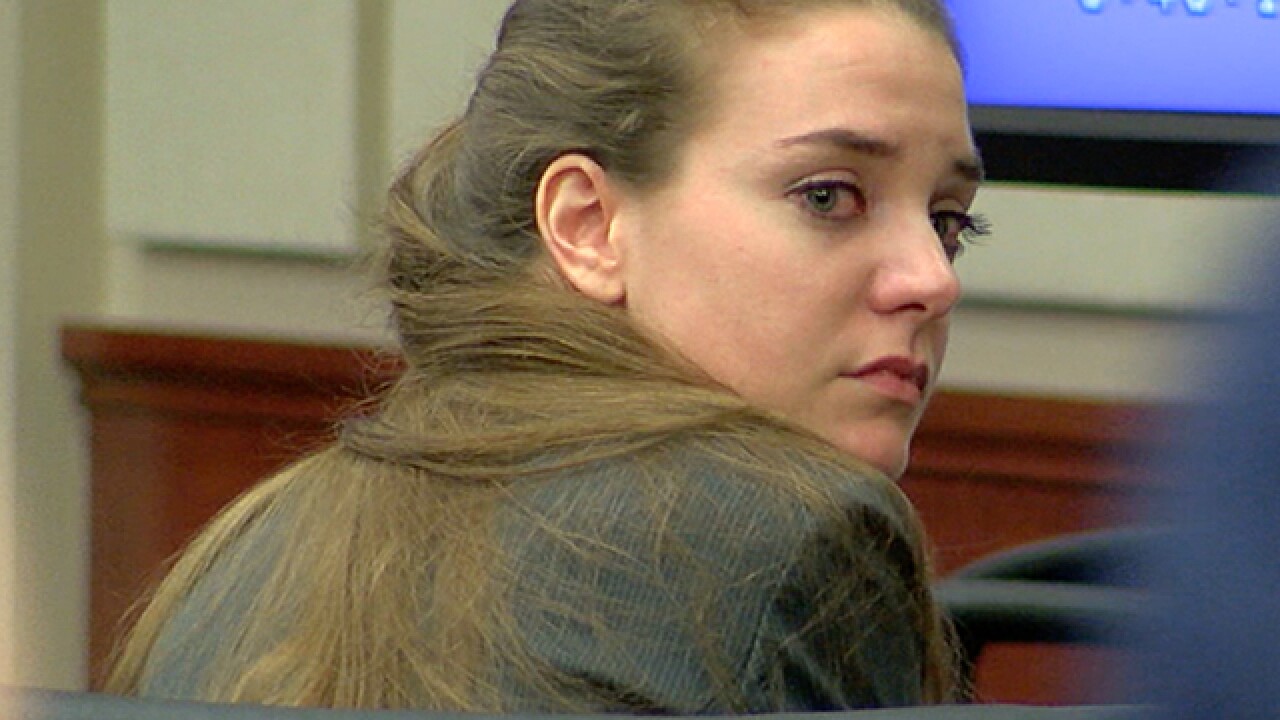 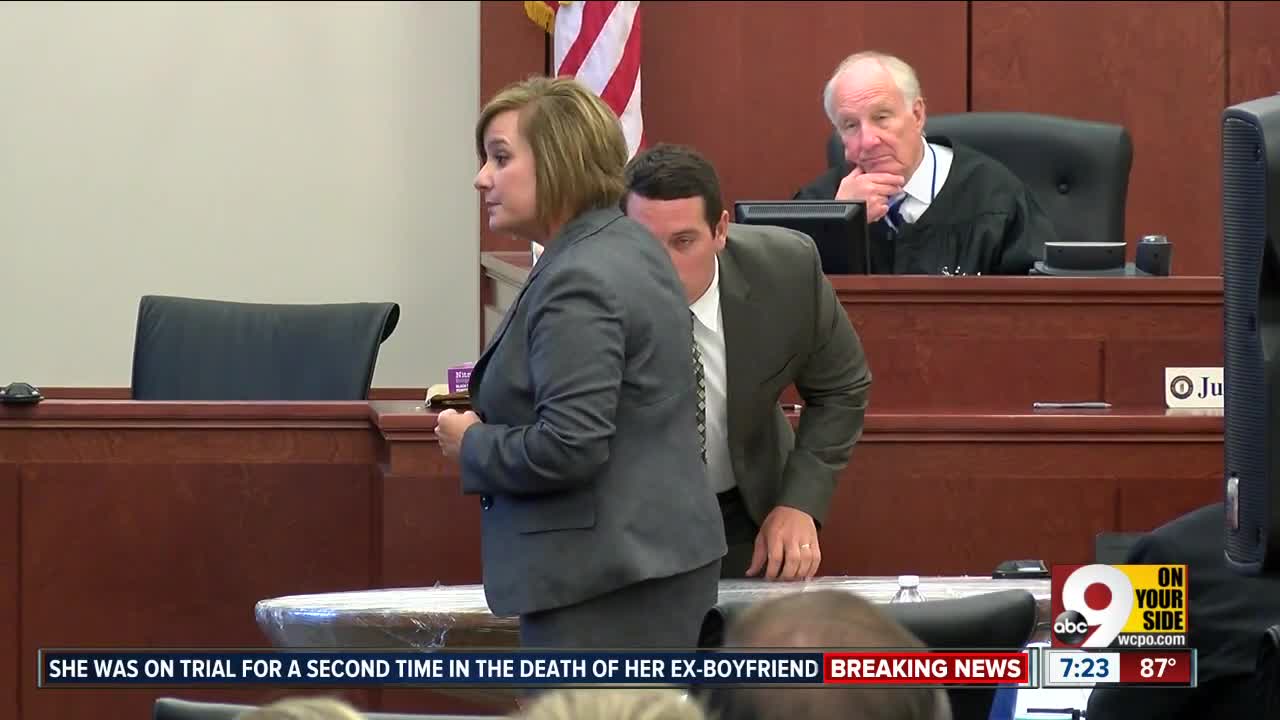 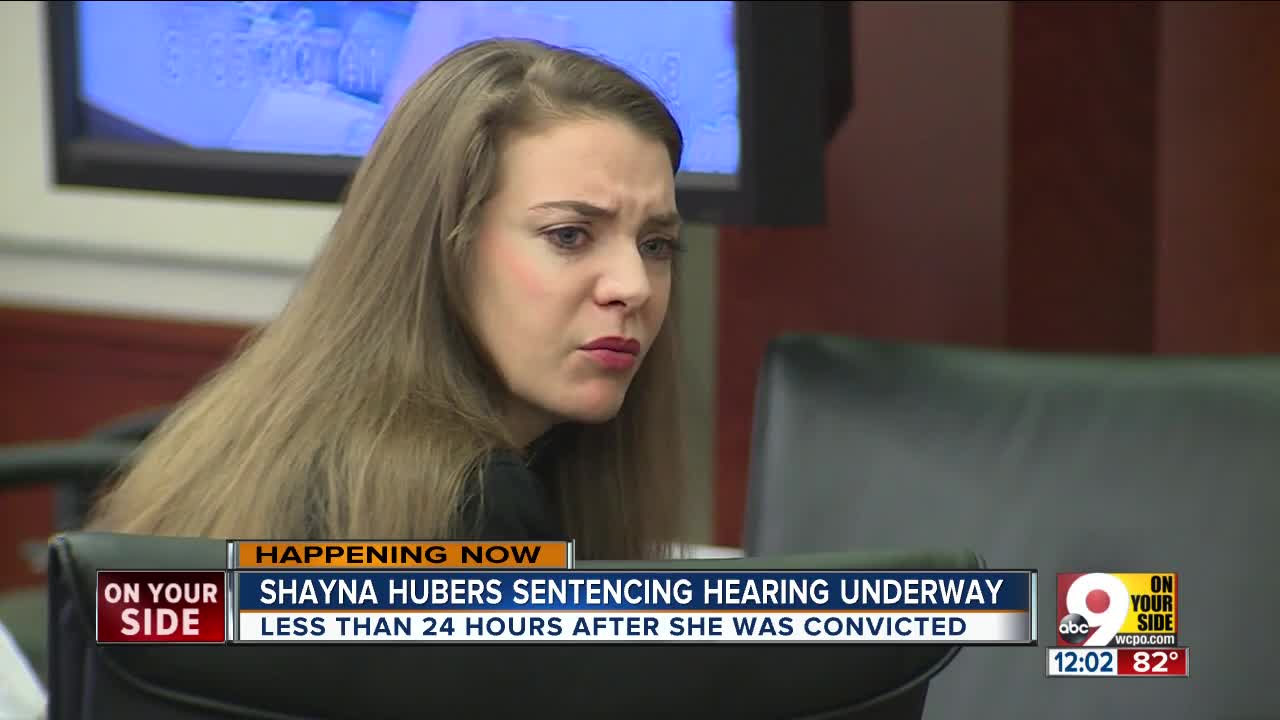 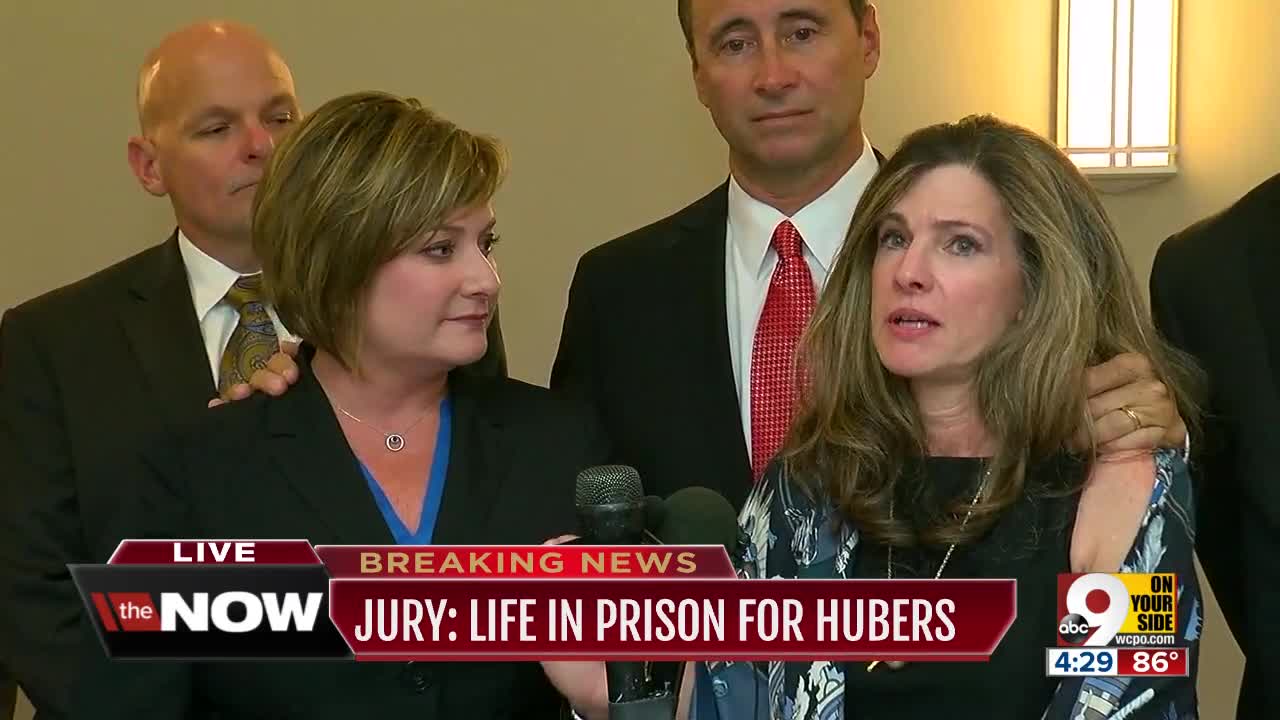 WATCH Ryan Poston's family and Commonwealth Attorney Michelle Snodgrass comment on the jury's recommendation in the video player above.

NEWPORT, Ky. -- Ryan Poston's parents said they didn't believe the 40-year prison sentence that Shayna Hubers got upon her 2015 murder conviction was enough.

But they felt justice was done Wednesday when the Hubers retrial jury recommended a life sentence following her second conviction for murdering their son.

"Forty years the first time just wasn't enough to send a clear message of life. This is justice for us," Ryan's father Jay Poston said.

"Ryan believed in the justice system, always, always and it has not failed him," his mother Lisa Carter said.

Hubers didn't show any emotion when she heard the jury's recommendation. She turned to the side and talked to her attorney.

Hubers has already served five years and 10 months since her arrest. She will have to serve 20 years before she can ever be considered for parole.

The prosecution stands with Ryan Poston's family. "Everything happens for a reason." They're satisfied with the life sentence. pic.twitter.com/qVNlYPOPkz

"The one thing that didn't happen in the first trial was the sentence that we wanted, which was life," said Commonwealth Attorney Michelle Snodgrass.

The same jury that convicted Hubers of murder in her retrial listened to witnesses and attorneys for several hours Wednesday.

The defense asked for the minimum sentence.

"I am asking you to give her 20 years because of who she is and who she can be,"  Eldridge told the jury before it convened to make its recommendation. "Sentences can be about retribution - the old eye-for-an-eye and a-tooth-for-a-tooth-thing. That's something that can be considered, but it's not the only thing to be considered. There's a place for redemption. There's a place for mercy."

But Snodgrass argued that Hubers didn't show any mercy when she shot Poston six times in his Highland Heights condo in 2012.

Poston's sister Katie Carter brought the courtroom to tears by holding a white teddy bear. Carter said it was made from her brother's shirt and played a voicemail message from his phone. Carter said it's all her family has left of him.

"I'm 30 years old - I don't need to bring a teddy bear up with me, but this teddy tear was made by Jay's sister. This is Ryan's shirt," she said on the witness stand.

And, indeed, the teddy bear did play what appeared to be a voice message from the grave.

"This is Ryan Poston. I'm sorry, but I'm unavailable right now. If you could leave a message, I will call you back as soon as possible."

"That's it. That's all we have. A voicemail," Carter said.

"I have had my life stolen from me," said Jay Poston.

"Every facet of my life has been impacted. I've got another 35-40 years on this earth, God willing, without my son. I have another 35-40 Christmases without my son," Jay Poston said.  "His goodness and kindness got him killed. She took advantage of that."

Hubers' attorney, though, asked the jury for leniency.

"She is not a threat to society," Eldridge said.

"I think it's important for you to consider how old Miss Hubers was when this happened. She was 21. We all know that 21-years-old is a long way from adulthood. She was an immature and mentally ill young woman,"  Eldridge said.

Hubers' mother Sharon Hubers said she lost a child, too. She said Shayna was "gifted" and she wanted to be a high school guidance counselor so she could help others.

"She has a lot to give the world," Hubers said tearfully.

Hubers, covering her own tears with her hands, said she felt the Postons' grief.

"My daughter's life has also been taken. Her family also grieves. I'm not lessening or trying to say I don't understand the grief of this family because I do. Both beautiful young people. Both talented," Sharon Hubers said.

"I met Shayna back in 2011. She has been an amazing friend. I can always rely on her for everything. She's very kind," said Egan. "I just ask you for leniency on her. I know she will go out and help the world."

Hubers' original 2015 conviction was overturned when it was discovered that the jury included a convicted felon.

The jury deliberated for five hours Tuesday before declaring Hubers guilty  of murder for shooting Poston to death in his Highland Heights condo on Oct. 12, 2012.

"No amount of money and no amount of time can heal the gaping wounds that Shayna Hubers brought on these people,"  Burns said, referring to Poston's family.  "All because she couldn't take 'no' for an answer. All because she felt entitled to him."

"We could all see that Shayna had immense talent and virtue but also immense flaws, said Lawson.

Hubers claimed she shot Poston in self-defense that night after he attacked her. She said Poston had been abusive since the start of their 18-month relationship.

Prosecutors said Hubers killed him because he wanted to date another woman and he was trying to break up with Hubers.

Prosecutors showed reams of unanswered text messages from Hubers to Poston as well as a text to a friend in which she fantasized about killing him.

In police interviews after the shooting, Hubers worried out loud no one would want to marry her and quipped that the shooting gave Poston a long-sought nose job.

During closing arguments in the second trial, Snodgrass called Hubers' killing of Poston "an execution."

Although defense attorneys argued she shot him to protect herself and killed him to end his suffering, Snodgrass said she deliberately shot him six times from fewer than 3 feet away.