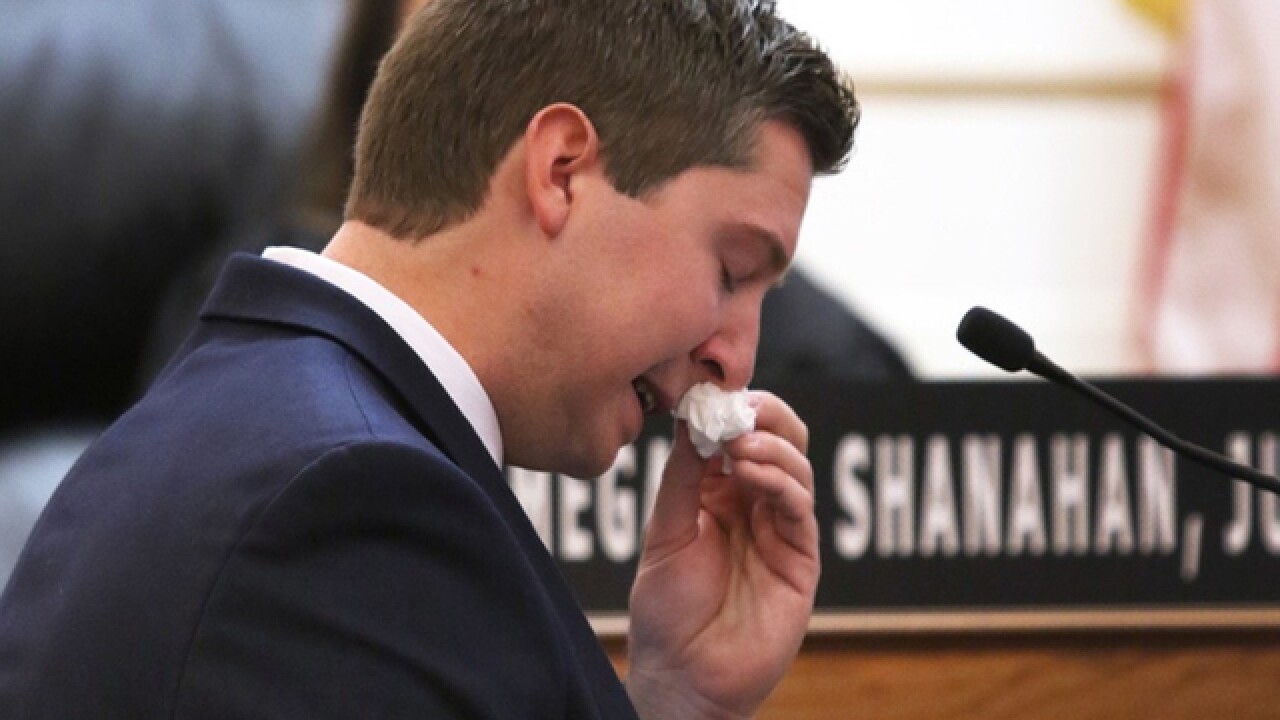 Cara Owsley | Pool
<p>Tues., Nov. 8, 2016: Former University of Cincinnati police officer Ray Tensing wipes away tears while talking about what happened when he pulled over Sam DuBose. Tensing, who is charged with the murder of DuBose, took the stand in his own defense on the fifth day of witness testimony. The routine traffic stop happened July 19, 2015.</p> CINCINNATI -- Ray Tensing sat on the stand, dabbing his nose with a tissue.

The former University of Cincinnati police officer sighed and stopped for deep breaths as he testified in his murder trial about his fateful encounter with Sam DuBose.

All the while, DuBose’s family thought it was all an act.

“We were at the Oscars just now. We was watching an actor on the stand right now,” DaShonda Reid, DuBose’s fiance, said. “Imitating tears — tears that we’ve been crying over a year as a family — very passionate tears.  Tears because we lost someone.

“Everything that happened today was his lie,” Allen said. “It was a horrible lie. He executed Sam, and every moment I just know that he’s a murderer — and the fact that he is sitting there like he has done nothing wrong…”

The Confederate flag T-shirt Tensing wore the day he killed DuBose came up during his testimony. Tensing said the Confederate flag “has no meaning” to him, and he wore the shirt that day because it was what he happened to grab out of the laundry basket.

Allen said Tensing had no regard for her brother’s life.

“I think that Tensing thought as little of my brother as he thought about that Confederate flag T-shirt that he put on that morning. Nothing at all. He thought nothing at all about his life,” Allen said.

She said she didn’t believe any of his tears or his testimony.

“He gave his statement to police when it happened,” Allen said. “Now, his lies are not fitting that frame by frame.

“I am looking forward to the jury finding him guilty.”

Bishop Bobby Hilton of Word of Deliverance Ministeries also weighed in on Tensing's T-shirt and testimony.

"That is not even believable that it means nothing to him when there was so much that happened last year right before that occasion," Hilton said. "We had nine people that were killed in a black church and a young lady went up a pole to try to bring down a Confederate flag, but it meant nothing to him.

Hilton called Tensing's sniveling testimony "unbelievable."
"It looked like a play for sympathy and we’re just looking for the truth.  Just tell the truth - what happened.  I would have more sympathy if someone would just tell the truth," he said.
Copyright 2016 Scripps Media, Inc. All rights reserved. This material may not be published, broadcast, rewritten, or redistributed.