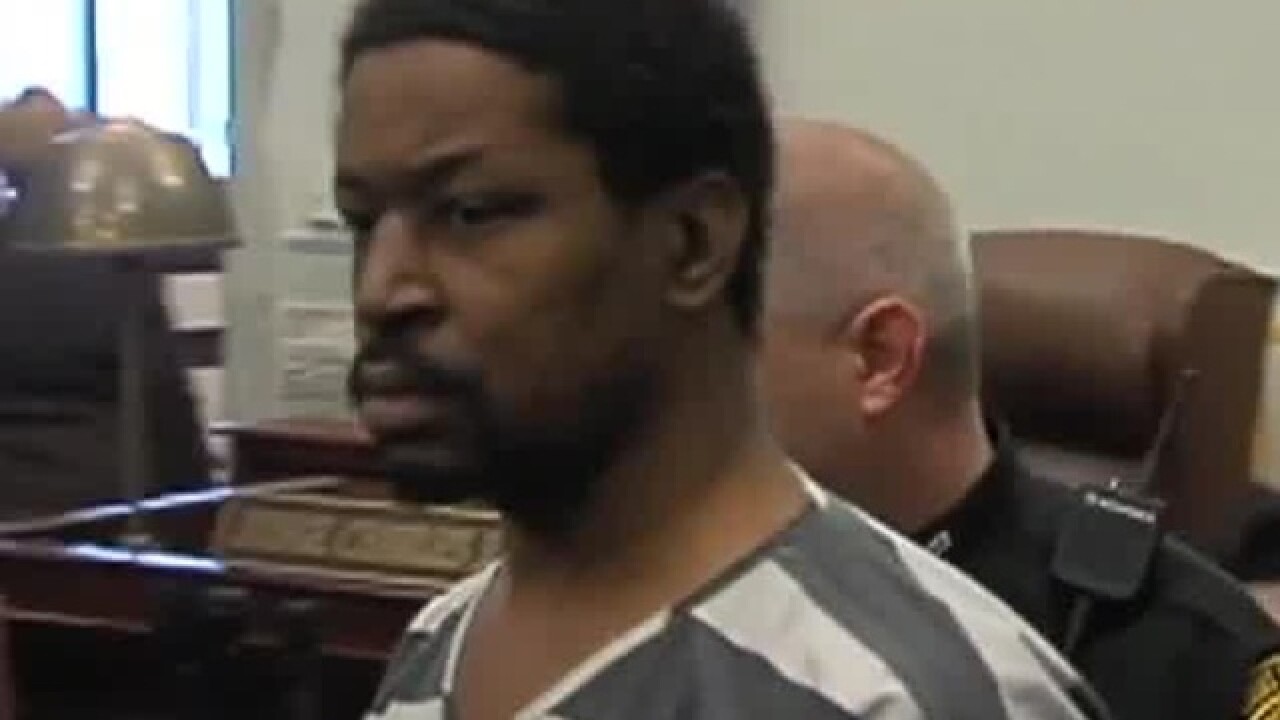 Copyright 2017 Scripps Media, Inc. All rights reserved. This material may not be published, broadcast, rewritten, or redistributed.
<p>Anthony Kirkland in court.</p>

Kirkland's resentencing was supposed to begin last month, but Kirkland's defense attorneys abruptly quit the case after telling the court that a public defender "interfered" with the case.

At a Nov. 9 hearing -- which was supposed to be the start of jury selection -- attorneys Perry Ancona and Norm Aubin told Judge Patrick Dinkelacker that they had to withdraw. The attorneys said Rachel Troutman from the Ohio Public Defender's Office had advised Kirkland that she was trying to get Aubin taken off the case.

"We're placed in the ridiculous situation this morning here," Ancona told the judge. "A person he referred to as Rachel Troutman on Dec. 15, 2016, indicated and said she has been working behind the scenes to get rid of Mr. Aubin -- get him off the case. This person said that (Aubin) and (Ancona) may not necessarily do a good job explaining how Anthony got where he is. I think that's clearly undermining our efforts to work on his behalf."

Kirkland said he only contacted Troutman because he couldn't contact his own attorneys.

"Your Honor, I haven't been able to contact these dudes -- my attorneys. Made efforts to contact them," Kirkland said. "I tried to put them on my phone list to get their numbers in so I could talk to them. It was always denied."

Deters was livid at the Nov. 9 hearing.

“This borders on the most reprehensible conduct I've ever seen an attorney do in all my years of practicing law,” Deters said after the hearing. “This was unconscionable for her to interfere and obstruct in this case and we're going to find out what the remedies are.

"I mean, I'm not going to sit back and just let this go by. She clearly was undermining the defense to the point where they can't even represent him anymore? This is a very serious matter.”

On Nov. 13, Rich Wendel and Tim Cutcher were assigned to represent Kirkland in the resentencing hearing.

I-Team: Another chance for Anthony Kirkland

Kirkland was originally sentenced to death for killing 13-year-old Esme Kenney and 14-year-old Casonya Crawford in 2009 and 2006, respectively, and burning their bodies.

Kirkland was already serving a 70-year sentence for killing two women when he got the death sentence in 2010 for murdering Kenney and Crawford. But the Ohio Supreme Court decided that Kirkland should be resentenced because of a comment by Deters during Kirkland's sentencing.

“So I guess Casonya and Esme are just freebies for him," Deters said at the time. The court found that Deters' comment insinuated that Kirkland would go unpunished for the teens' murders unless he was put to death.

Four of the seven Ohio Supreme Court Justices voted in favor of a resentencing hearing.

“It is improper for prosecutors to incite the jurors’ emotions through insinuations and assertions that are not supported by the evidence and that are therefore calculated to mislead the jury,” the Ohio Supreme Court decision said. "Although the crimes Kirkland is alleged to have committed are horrific, due process requires that a jury be free from prejudice before recommending the death penalty.”

Kirkland's guilt isn't on trial this time around -- just his sentence.

Deters said the resentencing hearing is now set to begin July 19, nearly a year after the original resentencing start date.