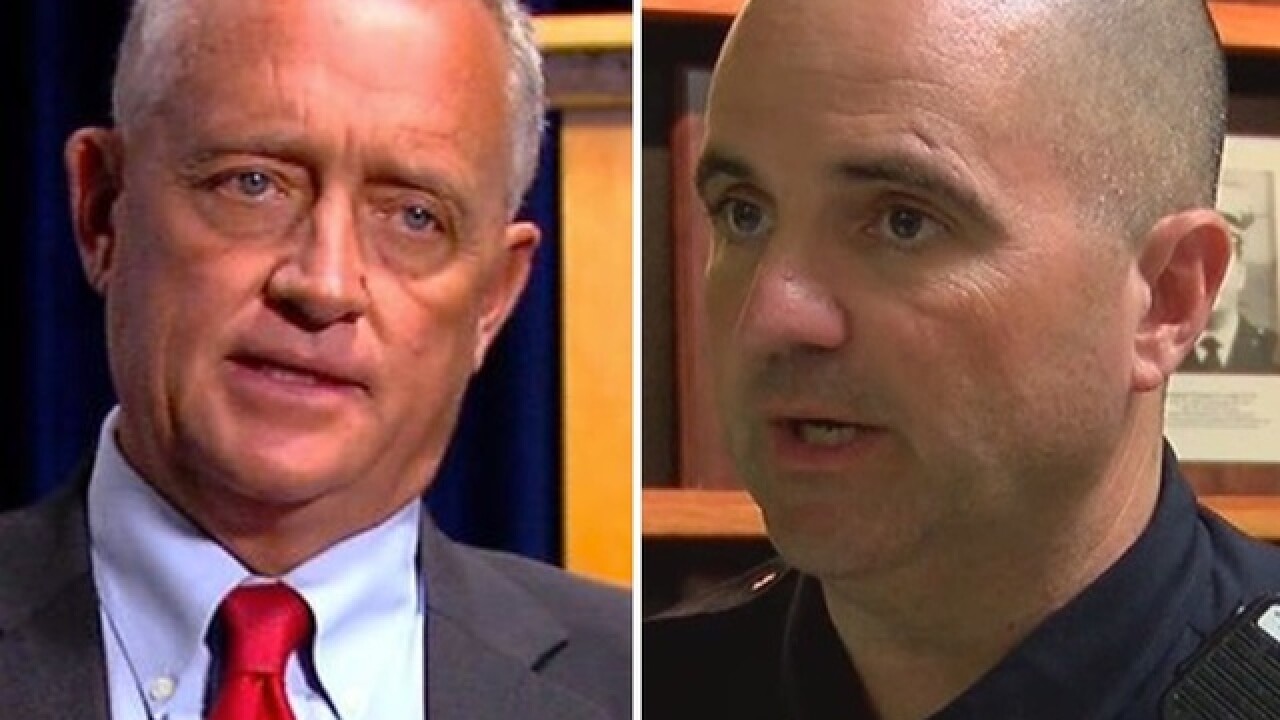 Sgt. Dan Hils, president of Fraternal Order of Police Lodge No. 69, issued a letter about the vote Tuesday morning.

"This vote is in response to the prosecutors(sic) attack on Sgt. Heine and CPD Homicide," he wrote in the letter sent to news media.

He told 700WLW's Bill Cunningham "maybe 10 percent" of the union's members were present for the vote.

"It wasn't a vote taken of our whole membership," he said. "But it was the way the FOP does business: People show up at the meeting, a motion was made, and the vote carried -- a vote of no confidence."

Hils said Deters' record "in the past has been supporting police officers" and guessed there would be no effect on the Cincinnati Police Department's relationship with the prosecutor's office.

"I think we'll all be professional together," he told reporters Tuesday.

The frustration is over Assistant Prosecutor Seth Tieger's closing statements in the second murder trial of Ray Tensing, in which he attempted to discredit former Cincinnati homicide detective Sgt. Shannon Heine.

Heine -- one of two detectives who interviewed Tensing two days after he shot and killed Sam DuBose in 2015 -- testified on behalf of the prosecution in the first trial. In the second trial, Heine's testimony was virtually identical -- except she admitted that the shooting "may...be justified" in response to a question by defense attorney Stew Mathews.

In closing statements, Tieger said Heine had “little experience” and she was handling her first major case. He pulled no punches when he cited some friendly conversation between the detectives and Tensing and asked why they weren’t “savage” in their questioning.

Tieger then mocked their interrogation.

“That’s not how you would treat a regular murder suspect ... [saying] ‘Sorry you just killed somebody,'” Tieger said.

He noted that the three talked about where they went to high school.

"Did they not ask difficult questions because it was 'just a formality?'" Tieger asked.

Tieger asked if “Sam DuBose’s mom and sister should be happy” with that investigation. The two were in the courtroom Monday, as they have been most days.

"There must be a safeguard on police because if they review themselves they can become too powerful,” Tieger said. “It's this review of the police and the military — these checks and balances in our country, through the judicial branch — which lets you, the citizens, decide if something is appropriate.”

Heine had acknowledged on the stand that she lasted only four months in the homicide unit and called it a "very short stint." Another CPD officer testified that Heine had been ”promoted out.” Heine was moved to the Central Business District and then to a special unit that studies crime data trends and flashpoints.

Tieger also said "the good 'ol boy network" may have "kicked in" when Heine interviewed Tensing.

Hils said the assertion itself is offensive to police officers.

“Asking if this is the good ol’ boy network kicking in, as to suggest Sgt. Shannon Heine and the homicide unit would cover for a police officer rather than to seek the truth, was an offensive and dangerous statement,” Hils said.

In a statement, Deters said he had "full confidence" in the Cincinnati Police Department:

"Despite the FOP vote, I remain committed to doing the best job I can do as the Hamilton County Prosecutor and I have full confidence in the Cincinnati Police Department."

On Monday, the FOP also voted to "no longer participate" in the "refresh" of the Collaborative Agreement, a pact between the city, the Fraternal Order of Police, the ACLU and the Cincinnati Black United Front created after the 2001 shooting death of Timothy Thomas. The agreement is a promise to re-evaluate problem-oriented policing practices and build trust between authorities and minorities.

Read more about that vote here.