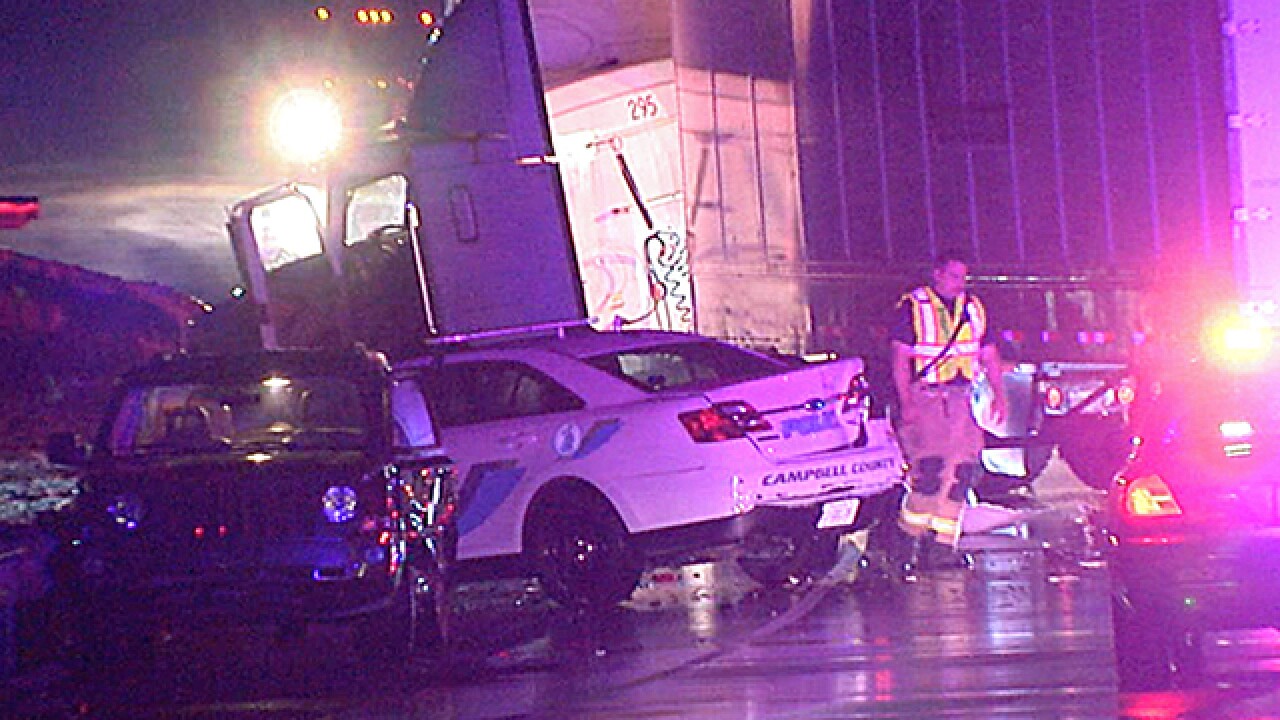 ALEXANDRIA, Ky. -- Campbell County police say the driver of a stolen semi who led officers on a chase Aug. 7 has been arrested.

Police didn't immediately identify the driver, but said the suspect is in custody outside of Campbell County on unrelated charges.

The semi was stolen from Sharonville, Ohio. It was driven to Amelia, where the driver loaded up stolen lawn equipment before police began pursuing the vehicle at about 3 a.m., police previously said.

The chase ended when the semi crashed into a police cruiser on U.S. Route 27 between Alexandria and Cold Spring, but the driver managed to elude police with K-9s and a helicopter.

Police described the suspect as a man with blonde buzzed hair wearing a copper shirt and blue jeans.