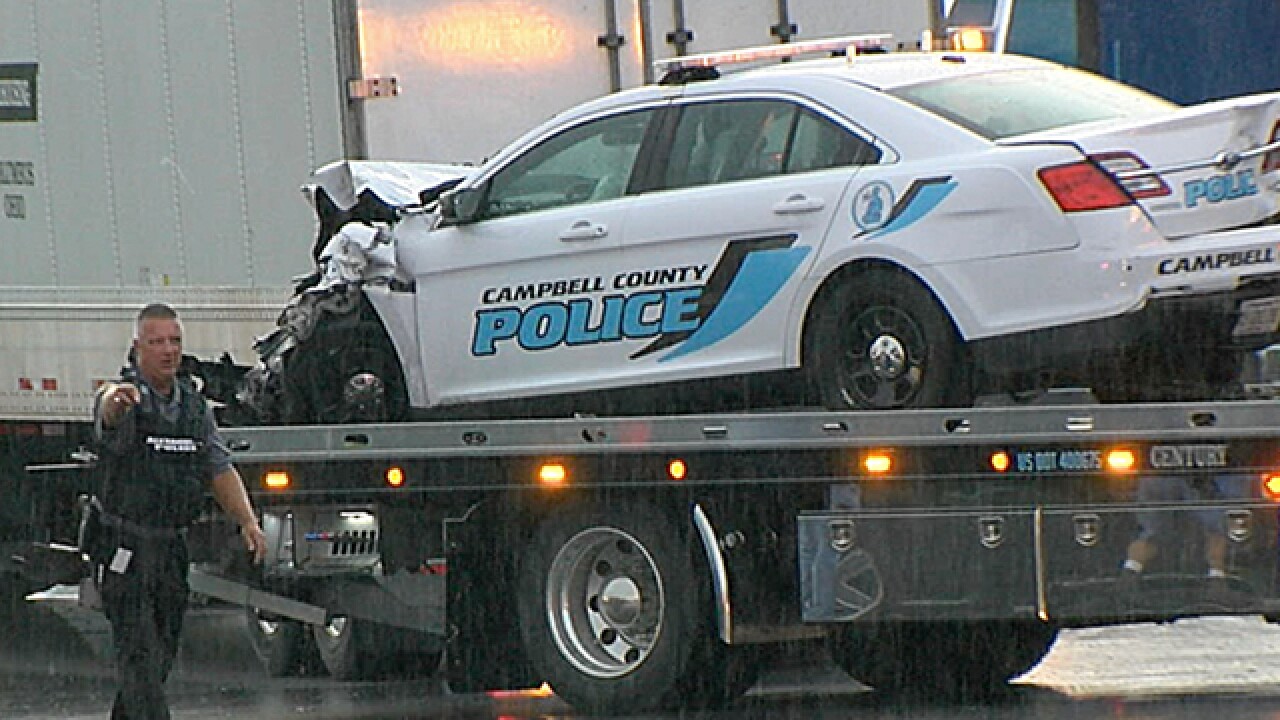 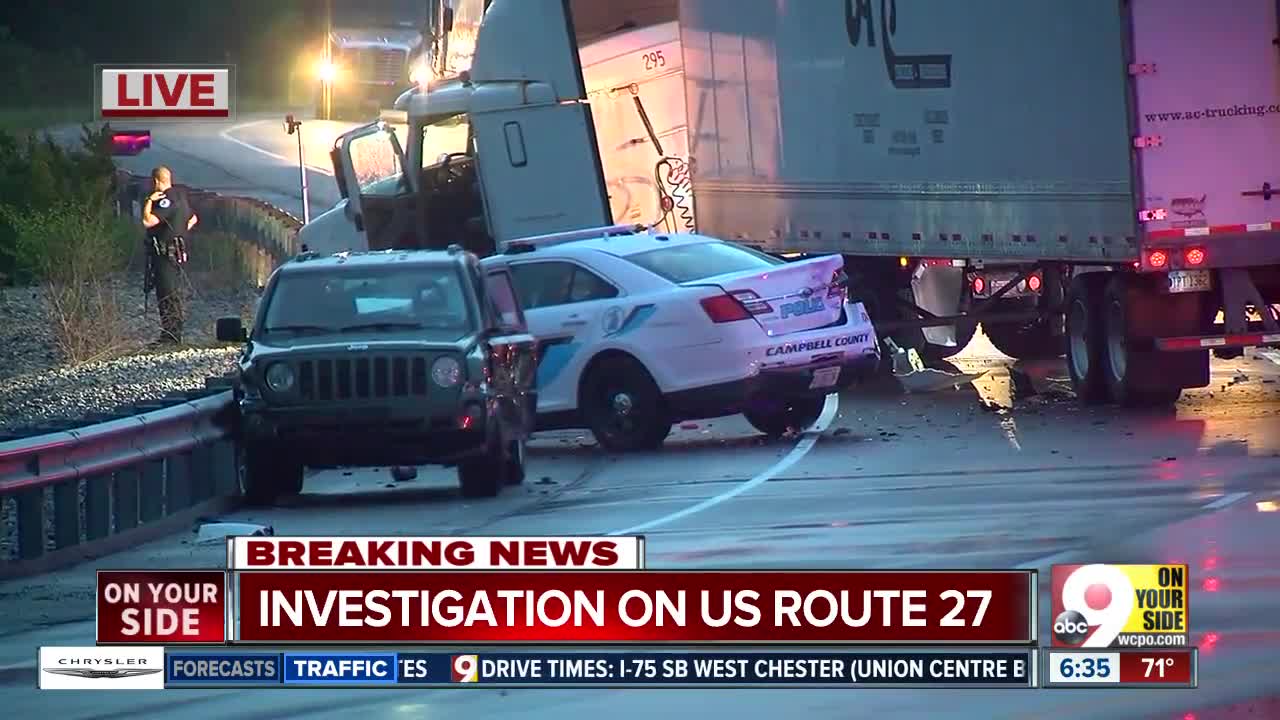 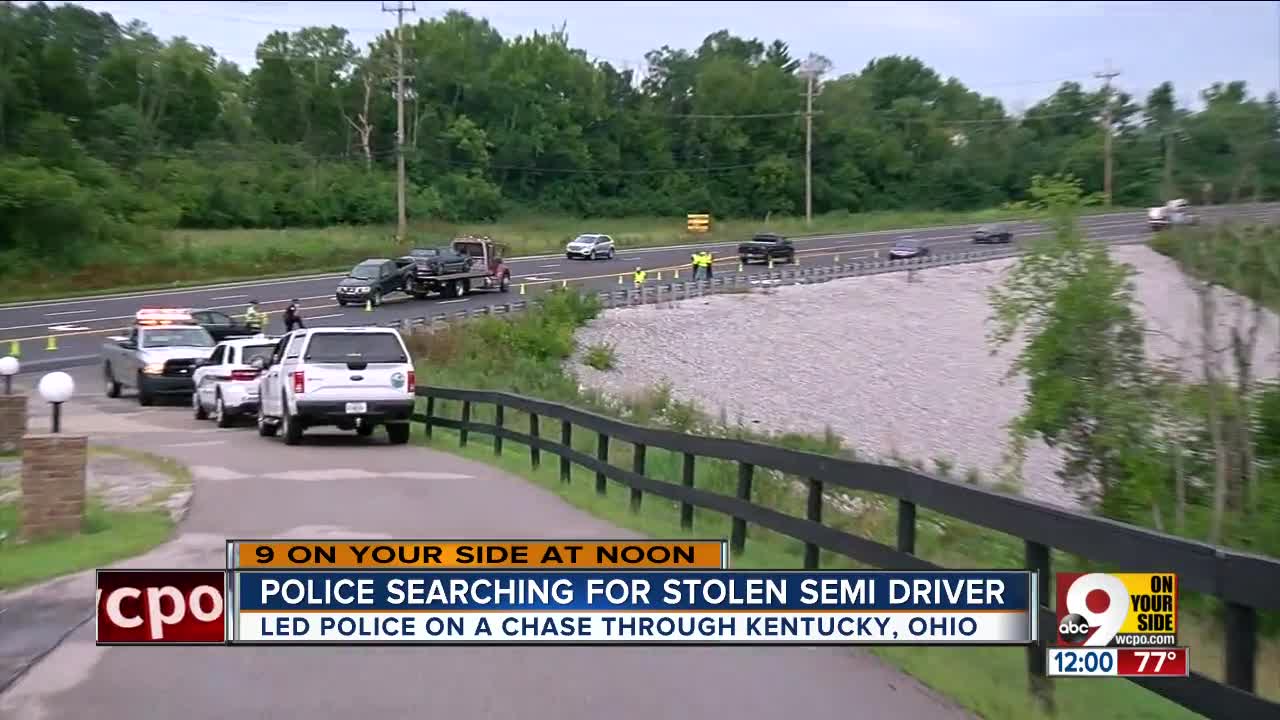 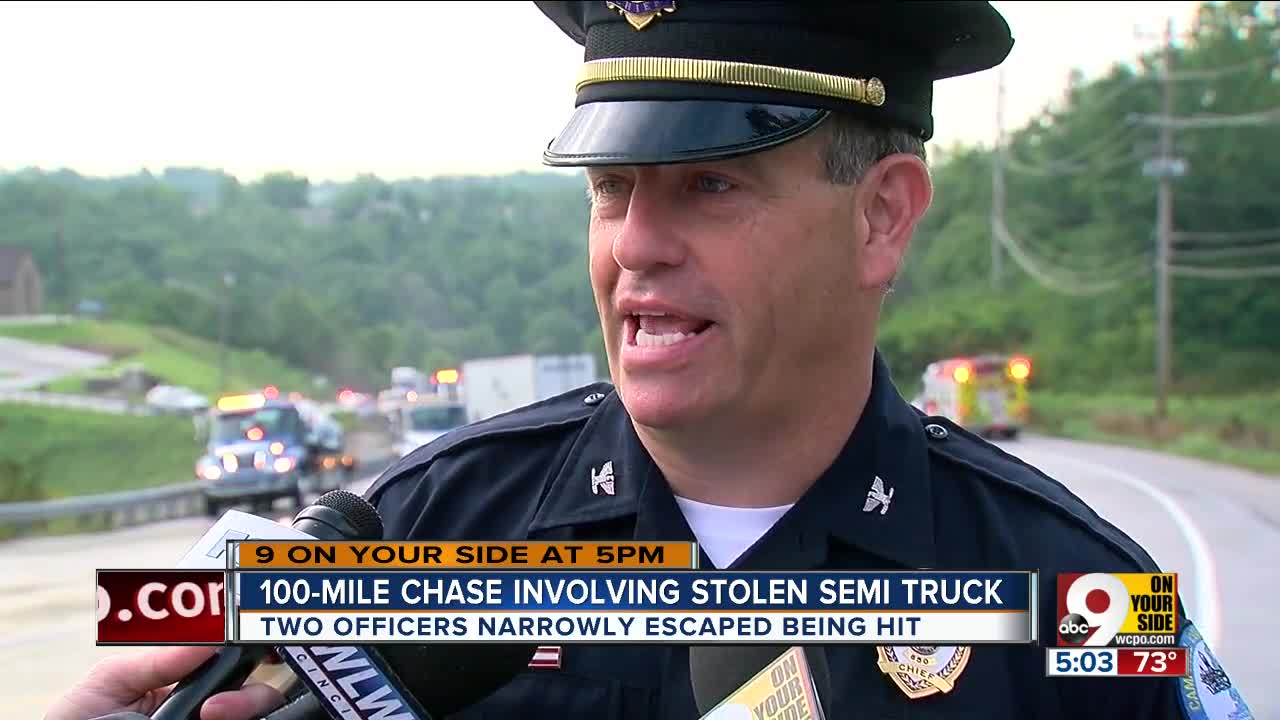 ALEXANDRIA, Ky. -- A person driving a stolen semitrailer Tuesday morning deliberately hit other vehicles -- including police cruisers -- during a multistate chase, according to Campbell County Police.

One officer jumped out of his vehicle to avoid being hit just before the semitrailer crashed on U.S. Route 27 between Alexandria and Cold Spring Tuesday morning.

No one was injured. The driver has not yet been caught. Police used K-9s and a helicopter as they searched wooded areas near the highway for a man with blonde buzzed hair wearing a copper shirt and blue jeans. Police aren't sure if he is armed but said the public should consider him dangerous.

A sheriff’s helicopter is above the area where police are looking for that man, possibly connected to the early morning chase and crash in Alexandria @WCPO pic.twitter.com/Jkd92EKI2l

"The truck veered intentionally toward the first officer," Sorrell said. "He was able to cut to the left and avoid the truck. The second officer did not have time to try and drive behind him, so he bailed out of his car, and the semi went head-on into the front the cruiser."

Staff at a trucking company notified police after noticing GPS showed their semi was taking an odd route at about 3 a.m. According to Campbell County police, the semi was stolen in Sharonville and tracked to Amelia -- where the suspect loaded up stolen lawn equipment -- before the chase began.

U.S. Route 27 was closed for more than an hour between Low Gap Road and Autumn Lane.

Police asked anyone with information about the driver's whereabouts to call Campbell County police or Crime Stoppers at 513-352-3040.