Police: Missing Blanchester woman rescued after being held captive under her neighbor's shed 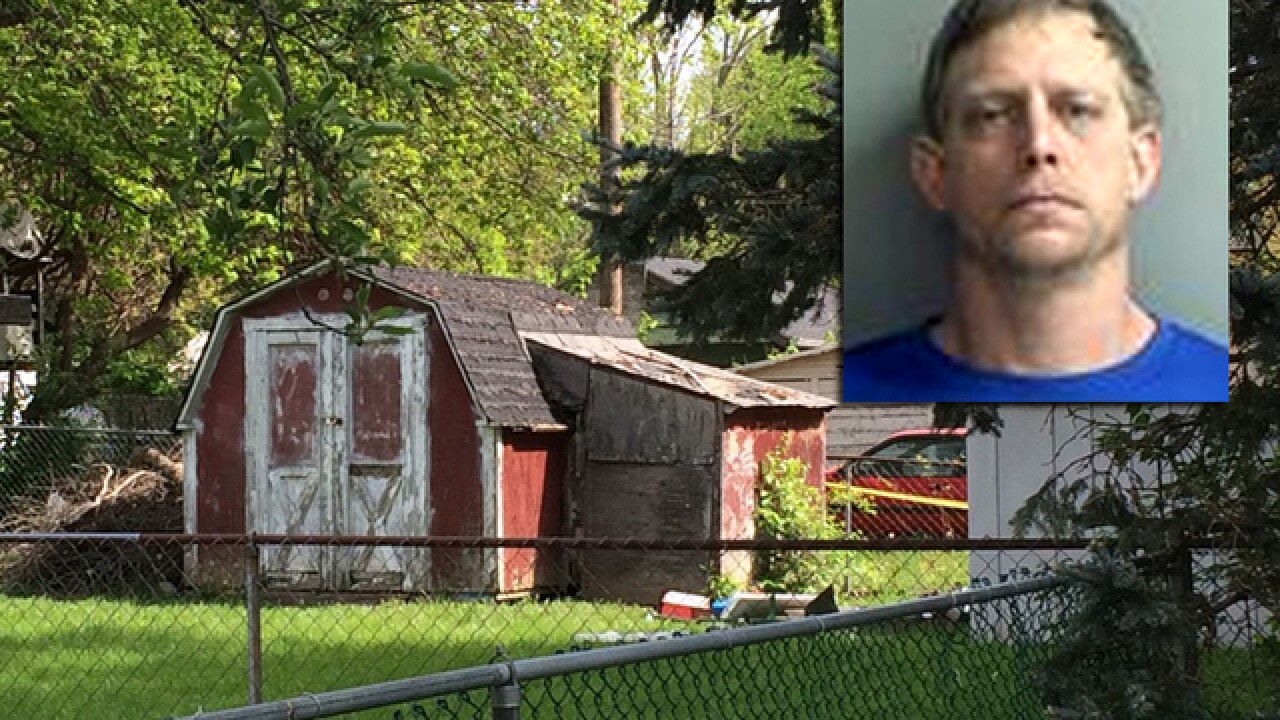 BLANCHESTER, Ohio -- Officers said they rescued a missing Blanchester woman Wednesday held captive inside a pit under her neighbor's shed.

Blanchester Police Chief Scott Reinbolt said officers pulled Jennifer Elliott, 30, from a dirt pit inside a shed at 113 Central Ave at about 4 a.m. The pit was about 3-and-a-half feet deep and 2 feet in diameter. It was covered with wood and heavy objects. Elliott was unable to speak when she was found, he said.

"(She) appeared to be suffering a seizure," Reinbolt's department said in a news release. "(An) officer observed no obvious signs of physical trauma."

Elliott's mother, Gayle Rowe, who lives with her daughter and grandson next door, reported Elliott missing at about 1:30 a.m. She told police she noticed her daughter was "inexplicably absent" after checking the bedrooms. Officers arrived shortly after the call and checked the neighborhood to no avail.

Rowe later heard crying coming from the shed next door and reported it to police. The call led to Elliott's rescue.

Watch Chopper 9 video from above the scene:

Emergency crews took Elliott to a nearby hospital. She has since been released.

Reinbolt said officers arrested the home's lone resident, 45-year-old Dennis Dunn, and charged him with kidnapping. He was apprehended with help from the Warren County Tactical Team at about 8 a.m. Dunn "came to the front door in a nonchalant manner," Reinbolt said.

The Clinton County Sheriff's Office has a history of investigating incidents involving Dunn and Elliott; In October 2016, Elliott told police Dunn was sending her "harassing phone calls and text messages," but she decided not to participate in prosecution of Dunn, according to the sheriff's office.

Dunn called police to his home four times this month, each time claiming intruders were trying to break in, records show.

On April 2, neighbors called police and said Dunn was in the yard of the home with a pistol. He was disarmed without incident and was involuntarily admitted to Clermont Mercy Hospital for a psychological evaluation.

"Dunn appeared to be in need of inpatient mental health treatment, but was released from the hospital after a short stay," Reinbolt said, clarifying his dissatisfaction is with the state's prioritization of mental health services, not a complaint about any specific facility.

"Those comments...were directed to our elected officials in Columbus who have facilitated the closing of many mental health hospitals in Ohio over the past 20 years in the name of cost reduction," he said.

The police chief said Dunn's elderly father "showed up at the scene (Wednesday) morning to apologize to (officers) for having to deal with his son."

Reinbolt said he was "heartbroken."

"I am angry at a state government that places dangerous, mentally ill people into our neighborhoods," he said.

Emily Noe, who identified herself as Dunn's best friend, said she was terrified by the idea that someone she had known for years could be capable of kidnapping and imprisoning a neighbor.

"It's just a shock," she said. "Complete shock. He was a good guy. ... It's just really scary knowing that I've known somebody for five years and wouldn't see something like that in somebody."