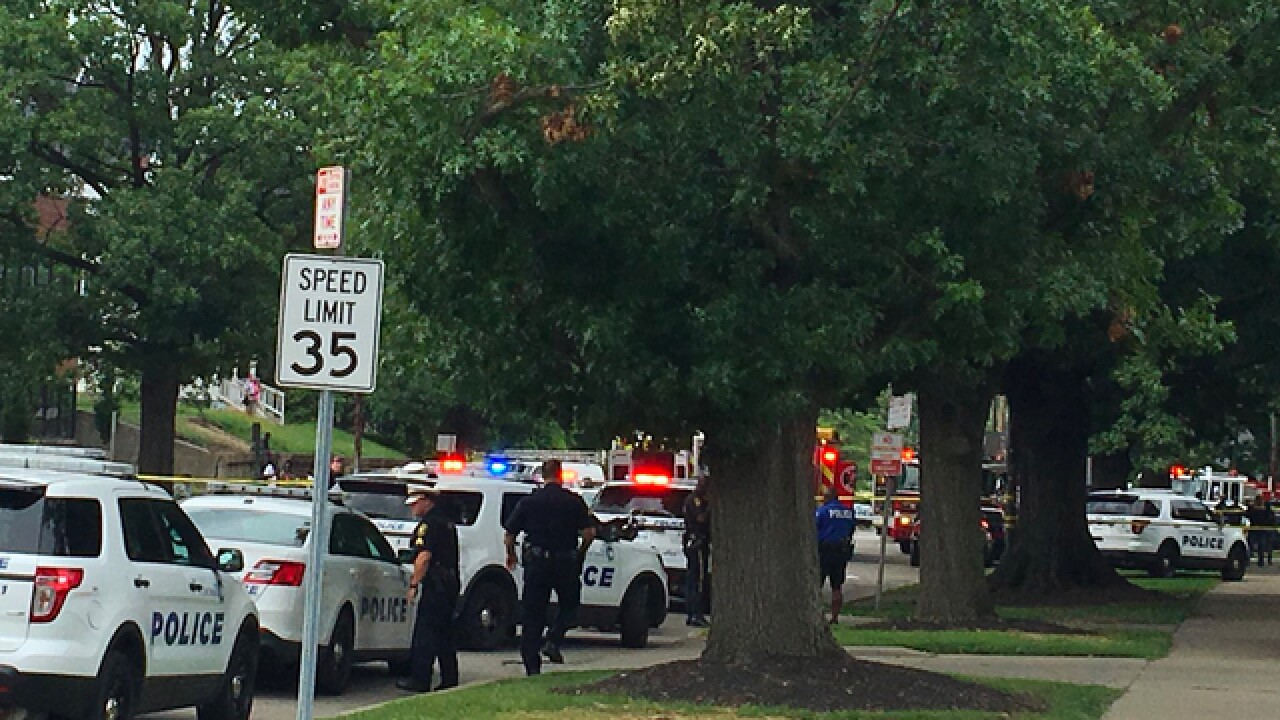 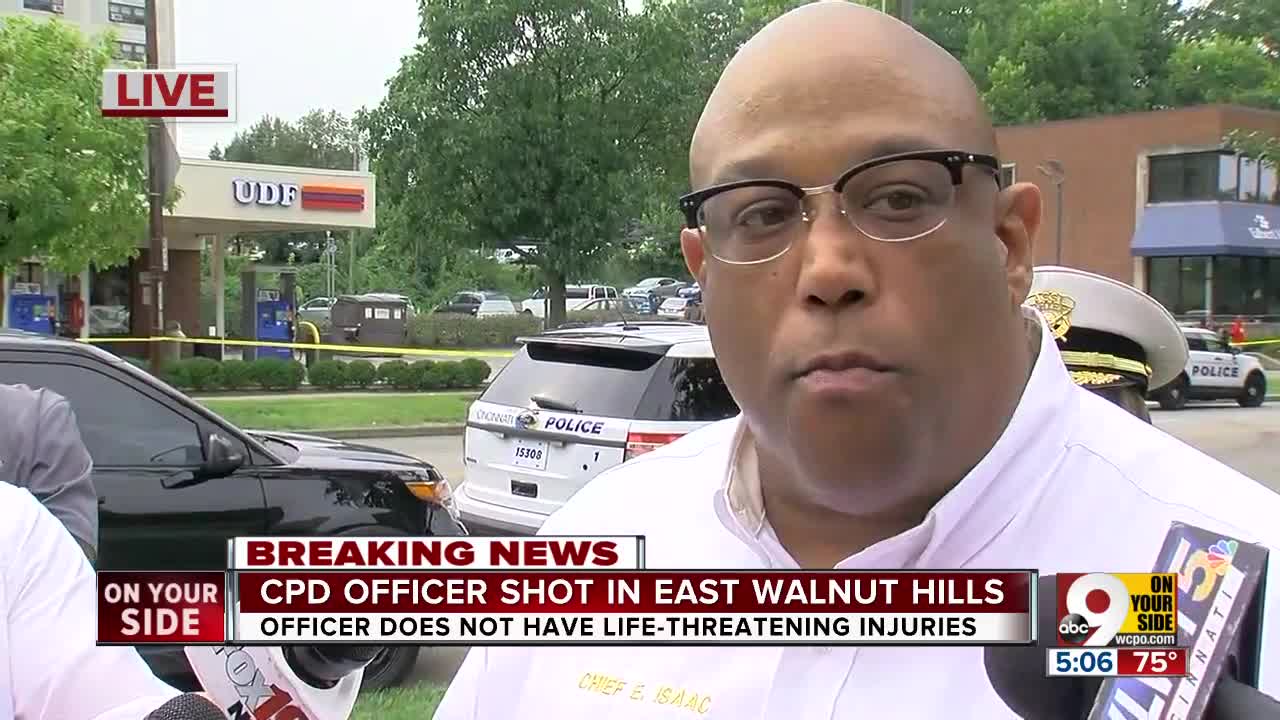 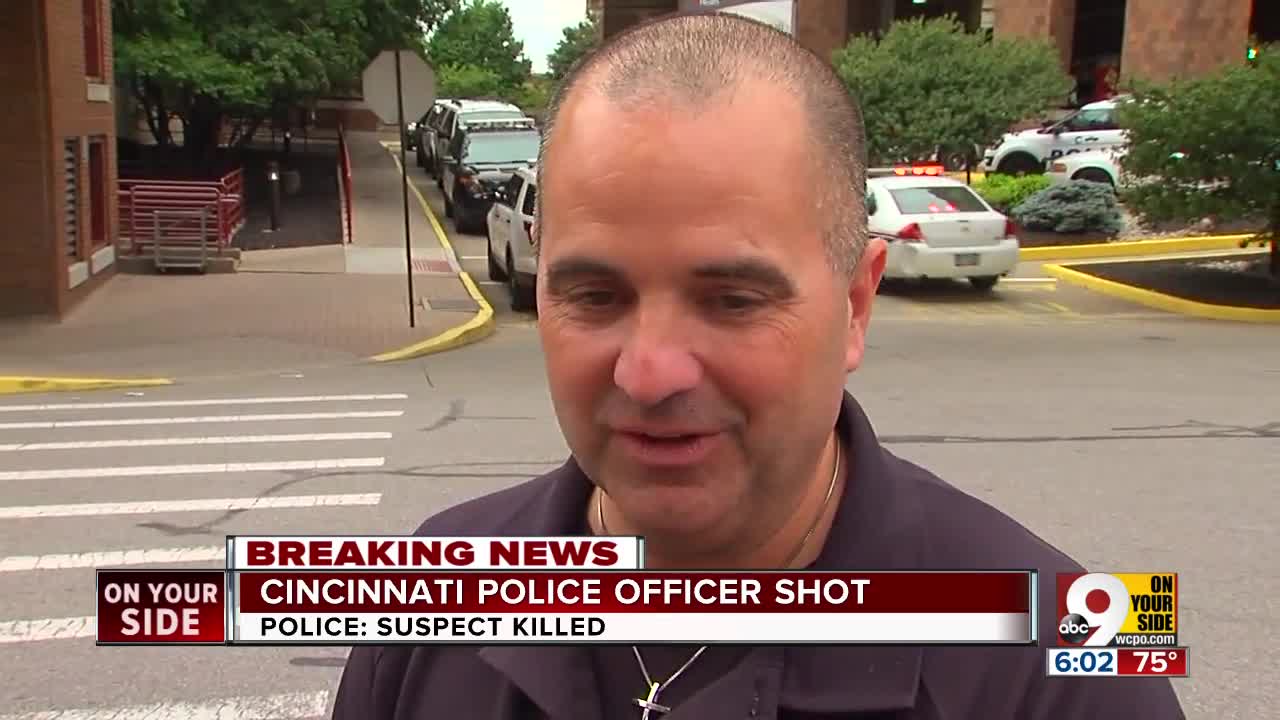 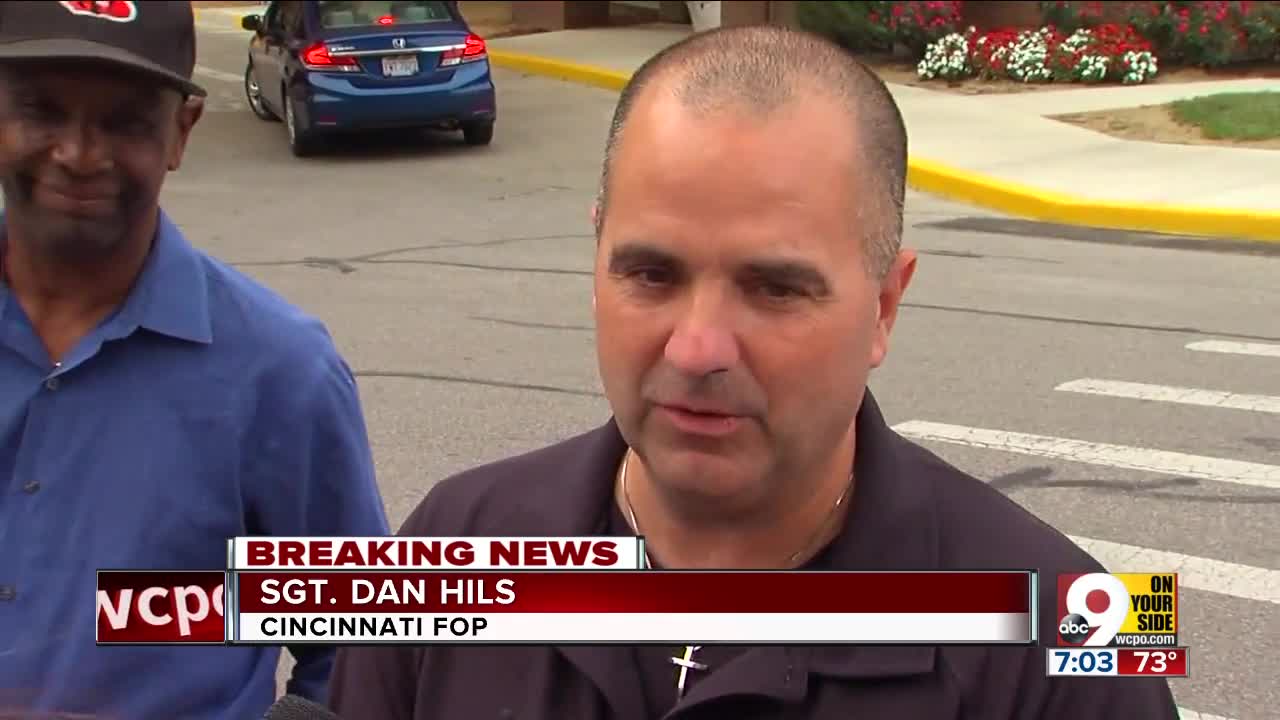 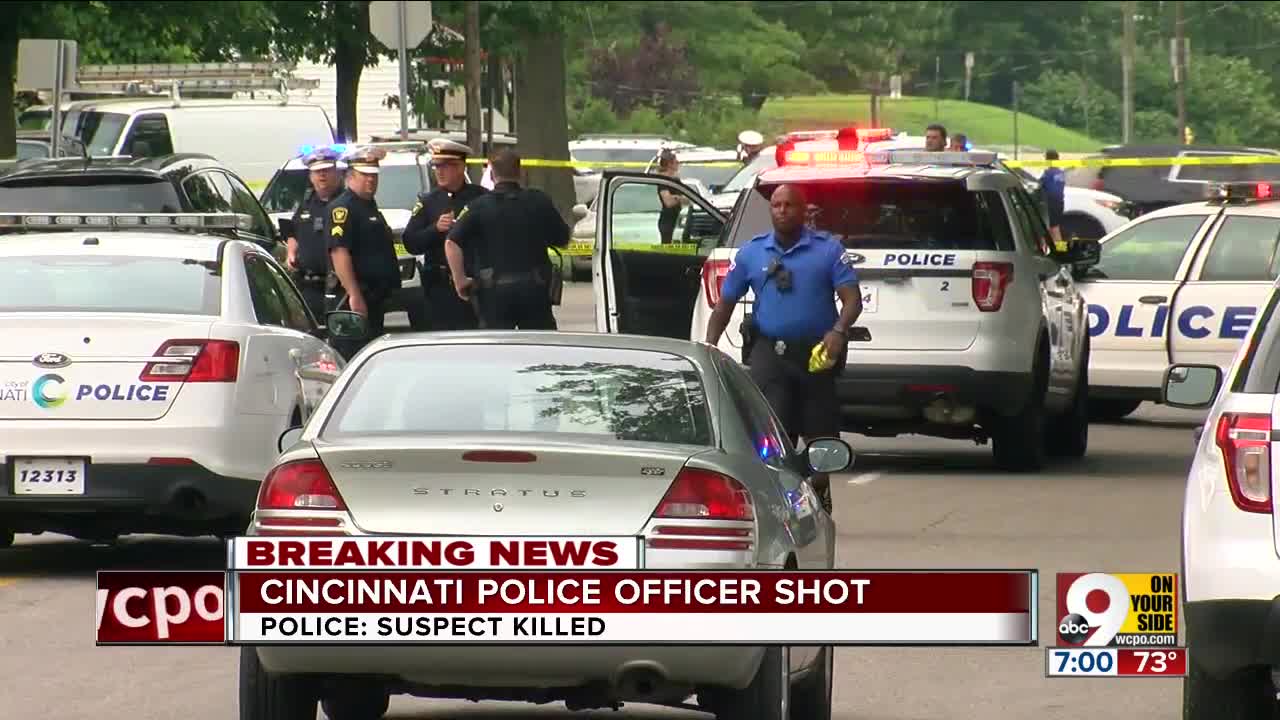 CINCINNATI -- There was good news Saturday about the officer shot in the arm in a deadly confrontation in East Walnut Hills Friday.

Earlier in the day, Sgt. Hils had said the surgery was "delayed twice for more emergent cases. Continue your prayers that the surgery is successful and his long rehab can begin."

The wounded officer, whose identity had not been released to the public, was serving a felony warrant for an undisclosed offense to a person in an apartment at 2630 Victory Parkway around 3:40 p.m., according to Cincinnati Police Chief Eliot Isaac. After the suspect shot him in the arm, other officers swarmed the scene and shot the suspect to death, according to police and Mayor John Cranley.

"I couldn't even tell you how many bullets (hit him) because we are going to have to X-ray him and do an autopsy," Hamilton County Coroner Lakshmi Sammarco said.

The suspect's name has not been released. Sammarco said he was in his early 20s, but she did not reveal or any other information.

Cranley, in a short news conference, said the suspect was a known violent offender and had pulled a gun on officers when they arrived to serve the warrant.

"Their actions were justified, and we pray for a speedy recovery," he said.

According to Hamilton County property records and a Talbert House spokeswoman, the building in which the shooting took place is "permanent supportive housing" owned by the organization, which provides outpatient mental health and addiction treatment services to its clients.

Cranley did not known what kind of treatment the suspect may have been receiving from Talbert House. He said he hoped to talk to the wounded officer, who was hospitalized at the University of Cincinnati Medical Center, on Saturday.

Both Cranley and Hils said the incident brought to mind the shooting of Kim, who died June 19, 2015, while responding to reports of a person "walking around (and) getting belligerent with a gun" in Madisonville.

In reality, Kim had been deliberately lured to the scene by 21-year-old TrePierre Hummons, who shot and killed him before dying in a shootout with another officer. Like Kim, the officer wounded Friday was struck in a place his bulletproof vest did not protect. However, officials expected him to survive.

"Thankfully, thanks to an outstanding job by this officer and other officers on the scene, I think we’re going to be OK," Hils said.