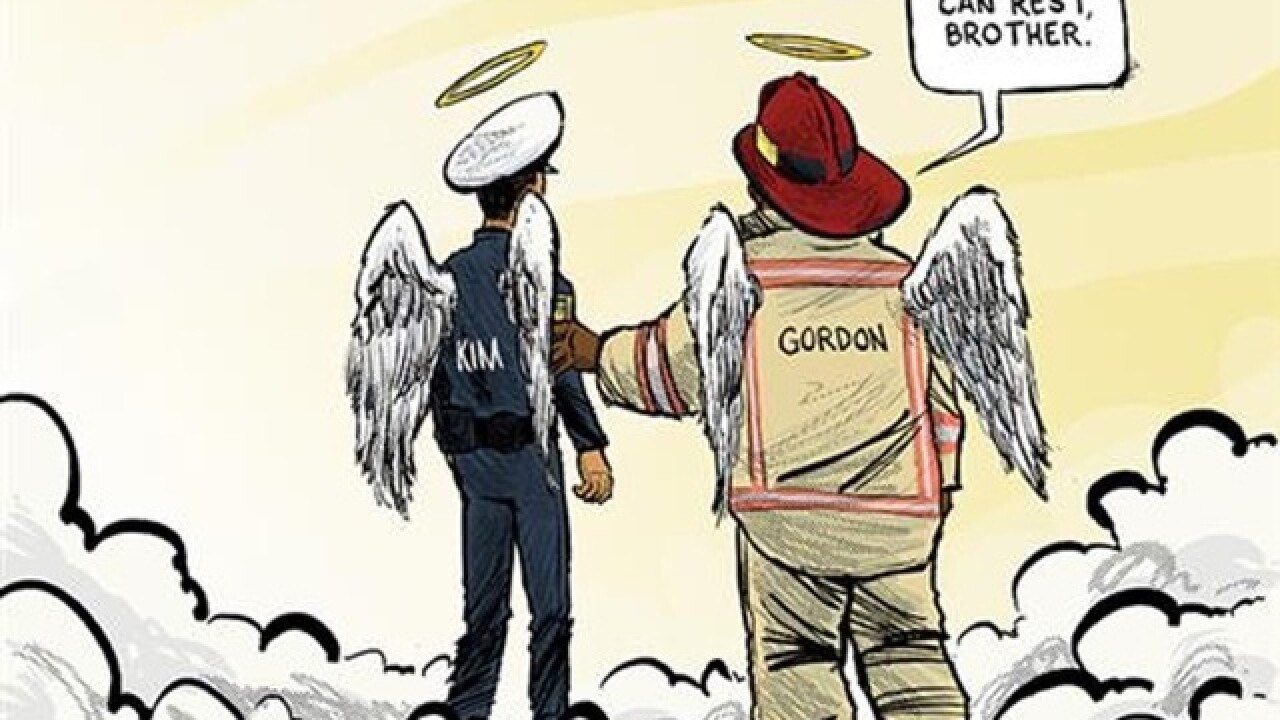 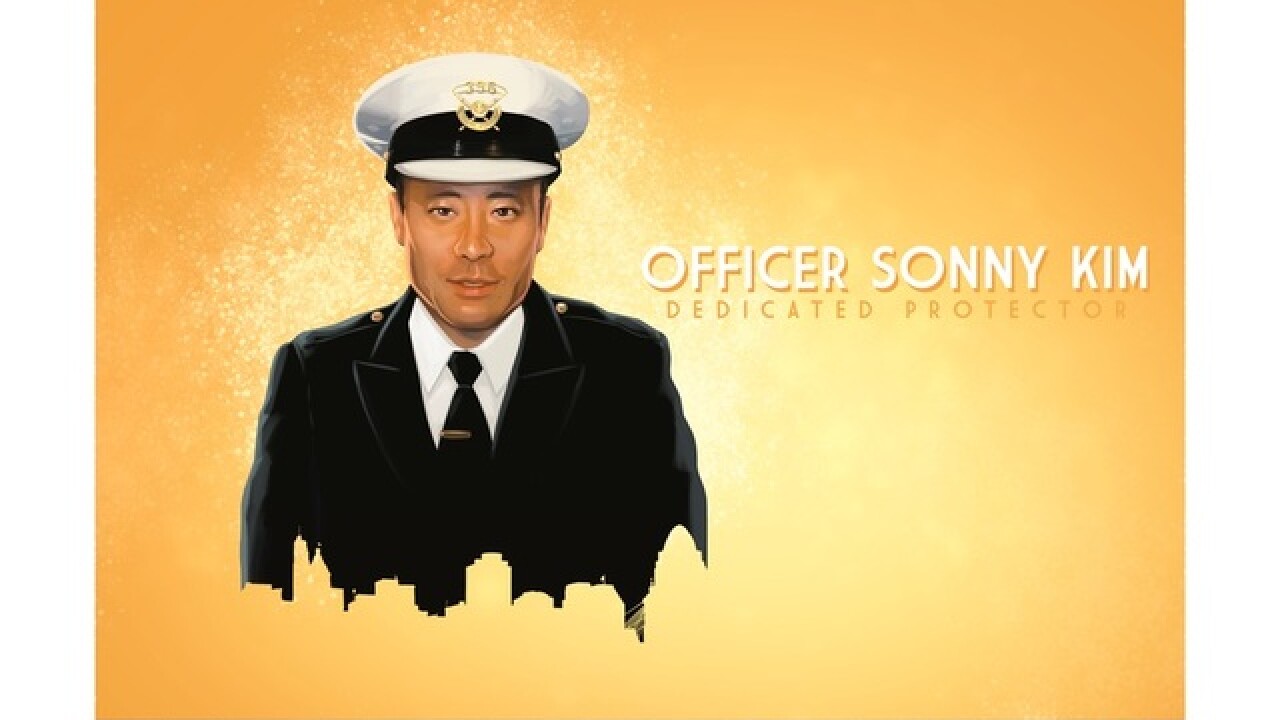 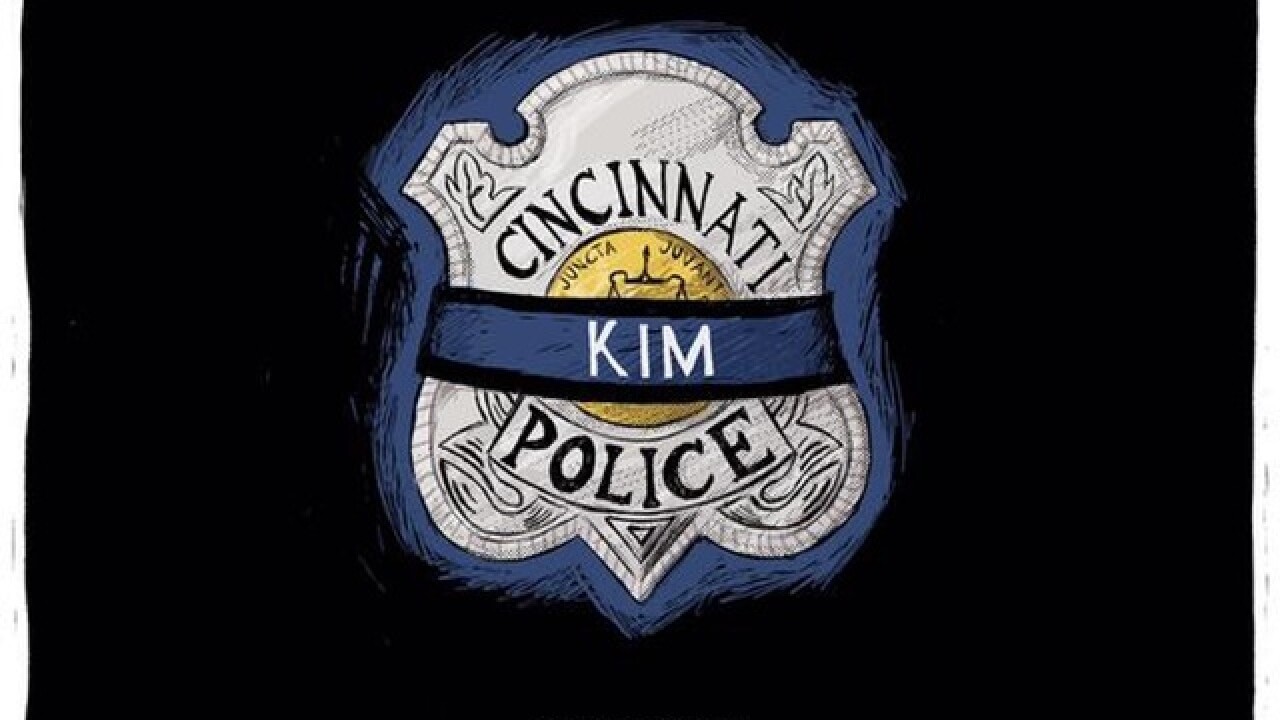 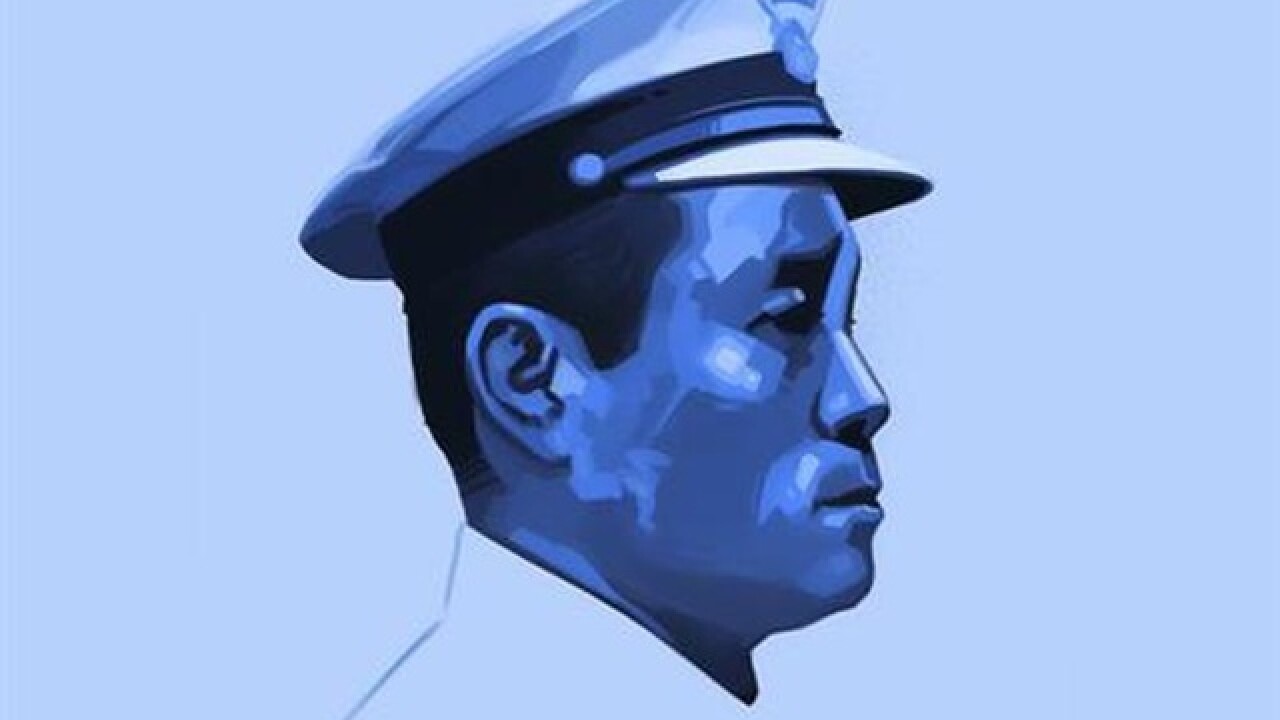 Cincinnati Police Officer Sonny Kim was called to the scene of a man "walking around, getting belligerent with a gun" on the morning of June 19, 2015.

It turned out he'd been purposely lured to the corner of Whetsel Avenue and Roe Street, where TrePierre Hummons, 21, shot and killed him. Hummons was shot and killed by Officer Tom Sandmann in a gun fight.

The community immediately took to Twitter to mourn Kim and to remember the how he dedicated his life to the city of Cincinnati.

lots of porch lights on in honor of fallen officer #SonnyKim on oakpark tonight. pic.twitter.com/1hQs2ekJgP

Duke Energy's sign was lit up blue with a black band -- a traditional symbol of mourning for police officers -- to honor Kim.

Many placed flowers at the crime scene the morning after Kim's death, as well as at District 2 headquarters, where Kim worked.

In addition to his passion for family and serving the community, Kim also had a passion for karate. He was the owner and main karate instructor at the Japanese Karate-Do dojo in Symmes Township.

Kim was killed in an officer-involved shooting. @WCPO pic.twitter.com/8RRfIUSqdh

Kim's son, Tim Kim, wrote a heartfelt post for his dad on Instagram the day after his death.

"I'll miss your random texts just to tell me how proud of me you were and how much you love me, and most of all I'll miss you coming home from work every night and giving you a hug and just feeling safe and comfort around you," he wrote.

Hey dad, thanks for everything. Your life was cut short, but in the time you were here you taught me so much and shaped who I am today. I'll always remember riding our bikes to the bike trail, running that 5k with you (even though you were far behind me ), I'll miss your selfies that you would send me from work in the morning, I'll miss your stupid jokes that I would purposefully make a straight face at even though they were actually funny, I'll miss making fun of you for looking like a potato, I'll miss your random texts just to tell me how proud of me you were and how much you love me, and most of all I'll miss you coming home from work every night and giving you a hug and just feeling safe and comfort around you. Thank you for making our family and so many others feel safe, and I wish I could tell you all of this in person, but I can't. But that's okay because I know you're watching me now, and I hope that heaven lets you look at Instagram posts! I guess it'll be Joshua, Jacob, Mom, and I from now on but that's okay because we all know you're looking out for us. I'm so proud of you and so proud to call you my father and my hero. I'll see you soon dad. Also thank you everyone for the love and support. It has been unreal and my family can't thank everyone enough for it. I just ask one favor from everyone: Please just give your parents a hug and tell them how much you love them, cherish the moments you have with your family and parents because life is already short enough and you can't determine when someone will pass.

A photo posted by Tim Kim (@timskim1) on

University of Cincinnati President Santa Ono honored Kim by offering all three of his children free tuition at UC.

My heart breaks for this family, but am proud of my @uofcincy family for this gesture. Thank you @PrezOno. #SonnyKim https://t.co/Kx7z4Hz4PG

Members of the community paid their respects in the days before Kim's funeral.

Thousands gathered for the funeral. The 10-mile-long procession down Montgomery Road was held on June 26, 2015.

PHOTO: A banner in honor of the funeral of Officer #SonnyKim. (Photo by @TerryHelmerWCPO) pic.twitter.com/R1sgTGcRce

Waiting for #Sensei: #SonnyKim's students wait for his motorcade to pass by @WCPO pic.twitter.com/qVgxY77O1v

Kim's brother, Micky Kim, talked about what it was like growing up with a boy who always wanted to be a police officer.

Preparing to say farewell to a dear friend. Rest in Heaven #SonnyKim pic.twitter.com/2t9PQJclbD

There are no public memorials planned for this weekend. Kim was remembered in recent weeks in several ceremonies from Cincinnati to Washington DC.

On Friday, his grave was marked with flags, visitation stones and a pin saying "I am loved." Kim's family has asked for privacy.

“They’re a very strong family, very much support from their family and friends," Cincinnati Police spokesman Lt. Steve Saunders said. "And it’s a difficult time, because you’re remembering what happened just a year ago.”

Anyone wishing to pay tribute can visit the Cincinnati Police Memorial across from District 1 headquarters on Ezzard Charles Drive, Saunders said.