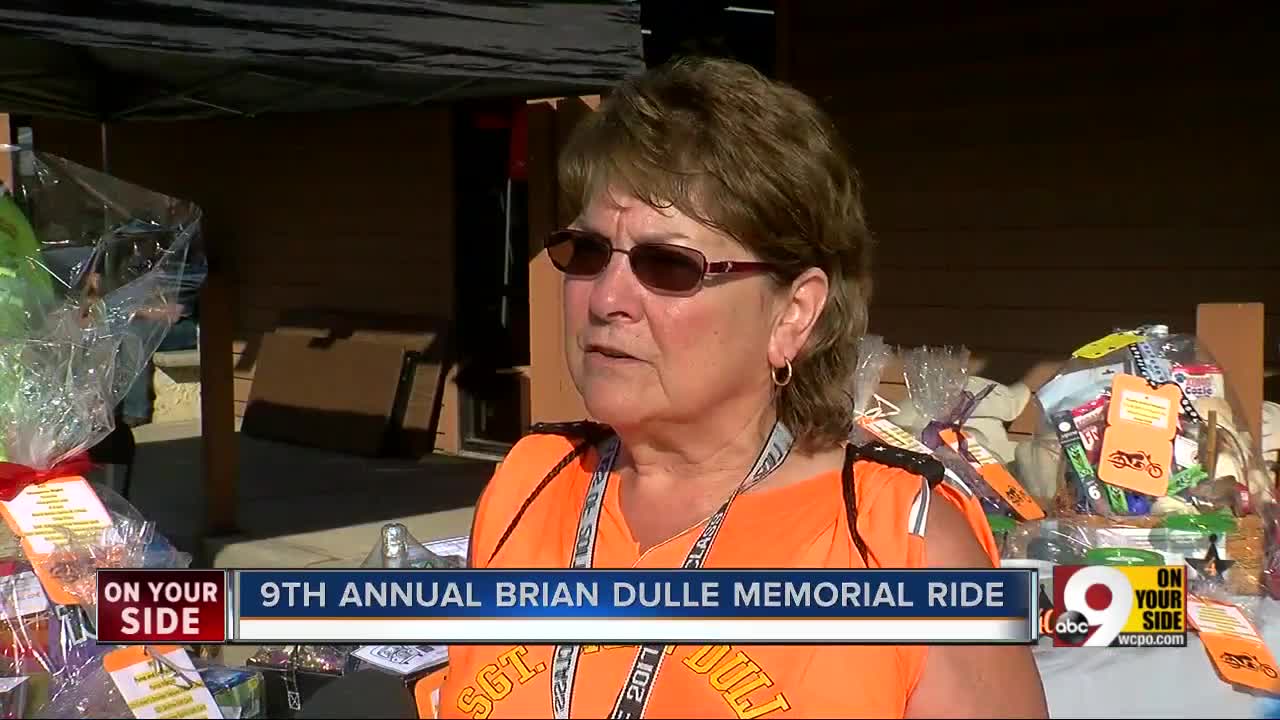 Deputy Sgt. Brian Dulle was described as "one of the good guys" by his colleagues at the Warren County Sheriff's Department. He was killed in the line of duty deploying stop-sticks to help end a police chase in 2011.

Before he was killed, Dulle's daughter Madelyn was diagnosed with pleuralpulmonary blastoma, a rare childhood cancer which affects the lungs and chest cavity. This diagnosis pushed Dulle and his family to establish the nonprofit Maddie's Hope, one of the charities supported by the annual memorial ride.

On Saturday, Maddie and her sister Emma pitched in to support the riders in the best way they knew how: helping to feed them.

"We're giving out pancakes to the riders that come," they said.

The ride cruised through the back roads of Warren and Clinton Counties, before stopping for a brief break at Cowan Lake. From there, the group paused to pay their respects at the intersection where Dulle lost his life, before heading back to Powder Keg Harley Davidson.

"I think he would be so overwhelmed and so very thankful for the multitude of motorcyclists who come out," said John Wright, media coordinator for the event.

The Memorial Ride raises money for the Maddie's Hope Foundation, the Brian Dulle Scholarship Fund and the Mourning Stripe Foundation, which provides support to families of officers killed or injured in the line of duty.

The final tally is not in, but Wright said the ride grossed more than $25,000 for these charities.