Costco employees save dentist who collapsed in Mason store 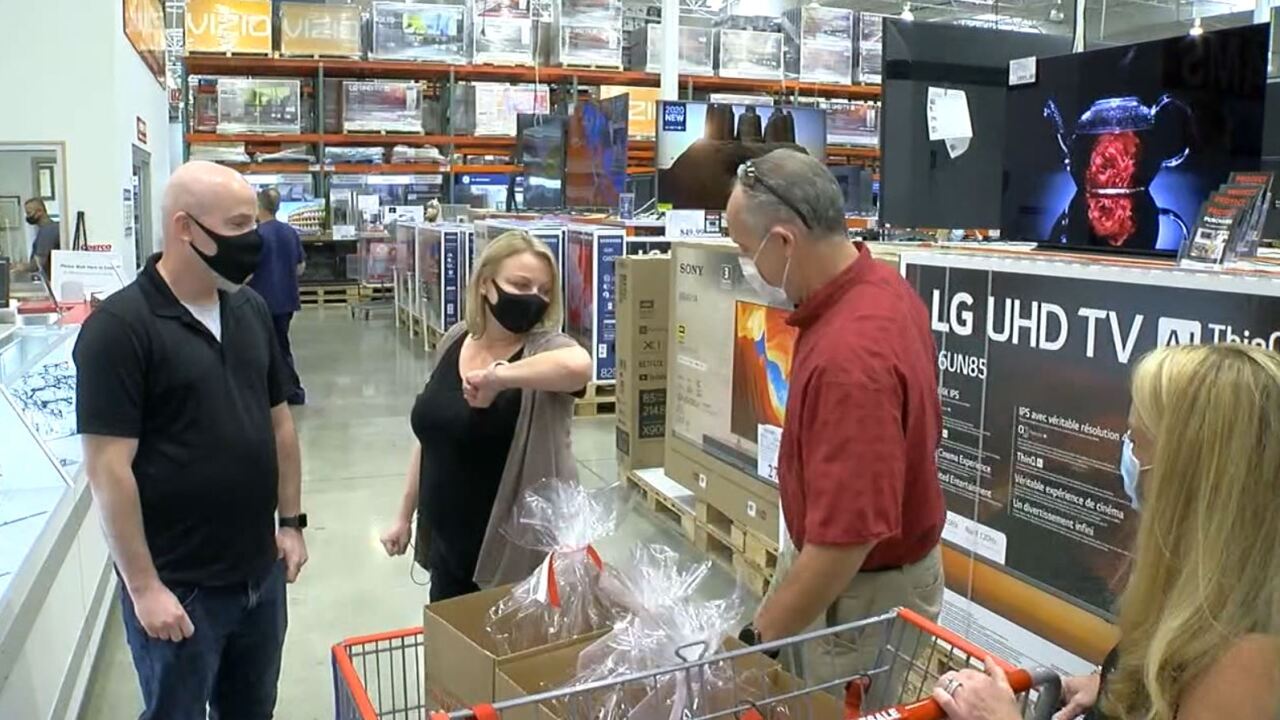 Copyright 2020 Scripps Media, Inc. All rights reserved. This material may not be published, broadcast, rewritten, or redistributed.
Eric Clajus
Dr. Rick Silverman and his wife reunited with the Costco employees that saved his life inside the Mason store where he collapsed this September. The four exchanged thank you gifts and socially-distant foot-bumps instead of hugs because of COVID-19. 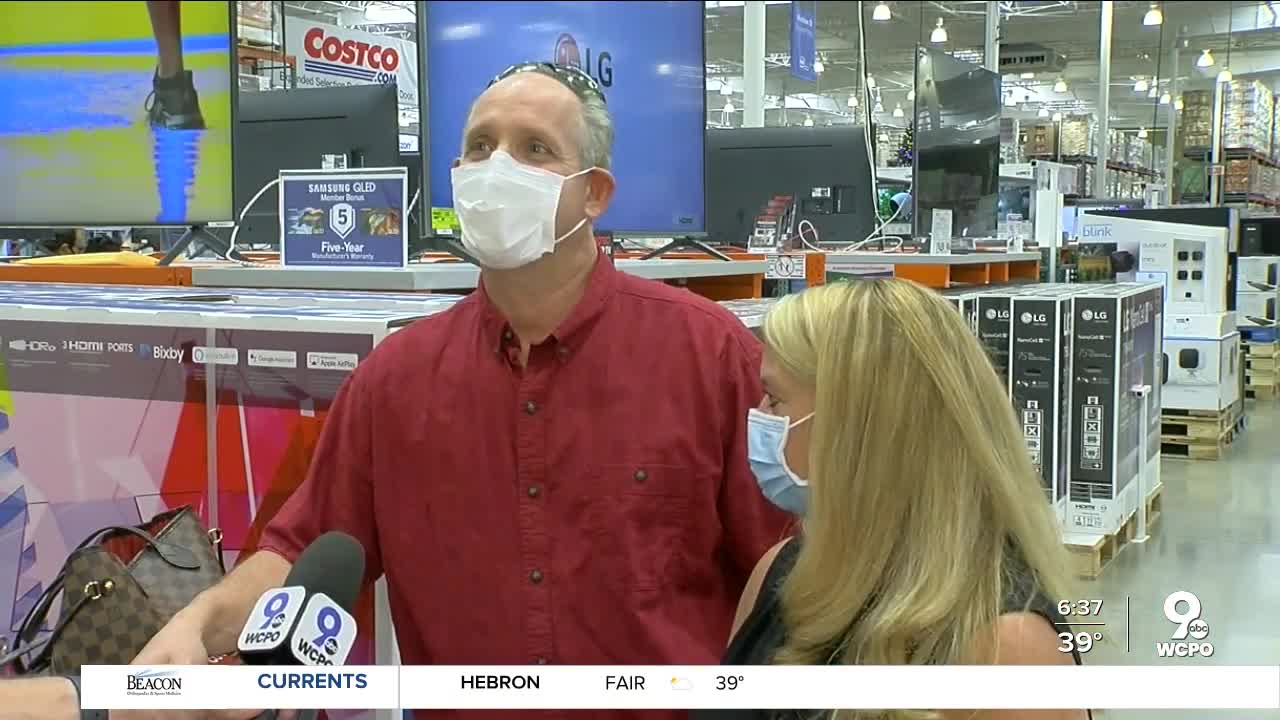 MASON, Ohio — Dr. Rick Silverman was enjoying a September afternoon off with his wife, browsing the electronics department at the Mason Costco store, when tragedy suddenly struck.

“We were walking down the aisle, something caught my eye and then my eyes went dark,” he said.

Silverman, a 55-year-old husband, father and oral surgeon, collapsed in the middle of the store in full cardiac arrest.

Thankfully there were two Costco employees close by who jumped into action so Silverman’s story could be rewritten from one of tragedy to one of survival.

JT Shlotman, who works Costco security, and optometrist Rhonda Baria are two of three Mason Costco employees who are trained in CPR. They’re always scheduled to work during the same shift, so when they realized Silverman was in trouble, they grabbed a nearby defibrillator and got to work. Baria had already started chest compressions when Shlotman arrived.

“I noticed her kind of tire a little bit,” Shlotman said. “Someone brought me the AED, got it all set up. Rhonda put the pads on."

In that moment, Baria said she was determined to do everything she could to save Silverman.

“Just having his wife right there with me the whole time, and I thought I'm not gonna see this go wrong," Baria said.

Silverman’s wife said she was grateful for the Costco employees, who acted as a polished, well-oiled machine to save her husband’s life.

Silverman now has a machine implanted in his heart that acts like the tiny version of a defibrillator to keep it going. He said medics told him it was the employees’ quick thinking and the use of the AED that ultimately saved his life.

“If they didn't react with the timing they did and know to use it immediately, I might not be here. I would not be here.” he said. “I feel like I met my guardian angels.”

Silverman and his wife reunited with the employees inside the Costco warehouse and exchanged thank you gifts and socially-distant foot-bumps instead of hugs because of COVID-19.

Silverman joked about Baria being the “one that was on top of him” during the life-saving moments in the store. But, joking aside, it’s clear that everyone involved has been changed by what happened, including the employees that stepped in to help.

“I've met a few of his patients, his brother," Shlotman said. “It's emotional. You don't really think about it at the time.”