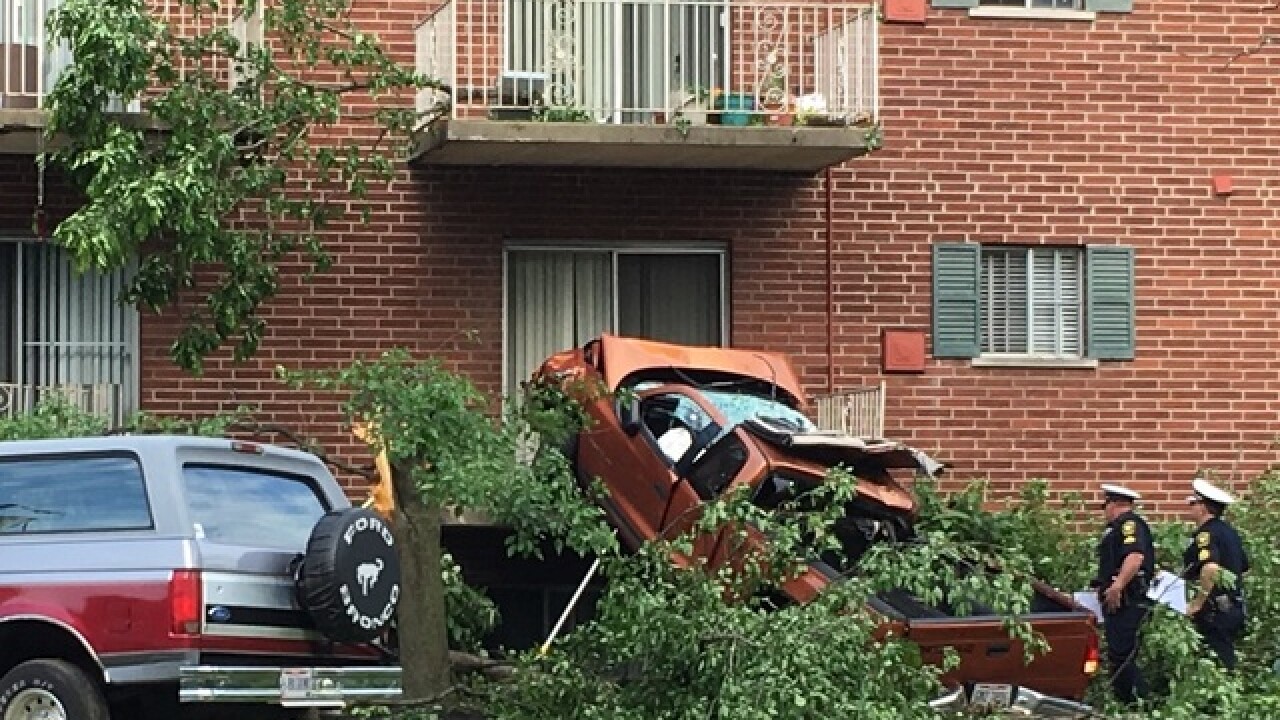 Copyright 2018 Scripps Media, Inc. All rights reserved. This material may not be published, broadcast, rewritten, or redistributed.
Dwayne Slavey | WCPO
<p>CINCINNATI. May 21, 2018. A bronze-colored pickup truck crashed into an apartment balcony near Boudinot Avenue and Werk Road, in the city's Westwood neighborhood.</p>

CINCINNATI -- A man now faces charges in a fatal Westwood crash that happened months ago, according to Julie Wilson, spokeswoman for the Hamilton County Prosecutor’s Office.

Zachary Hughes is charged in the death of his father, 47-year-old Kevin Hughes, who'd been riding in the passenger seat at the time of the crash.

Police said Hughes was driving northbound on Boudinot Avenue in a pickup truck on May 21 when he lost control and struck two parked cars near the intersection with Werk Road. The truck went airborne and crashed into a balcony. Kevin Hughes died at the University of Cincinnati Medical Center.

Hughes faces charges of aggravated vehicular homicide and operating a motor vehicle under the influence of drugs or alcohol.