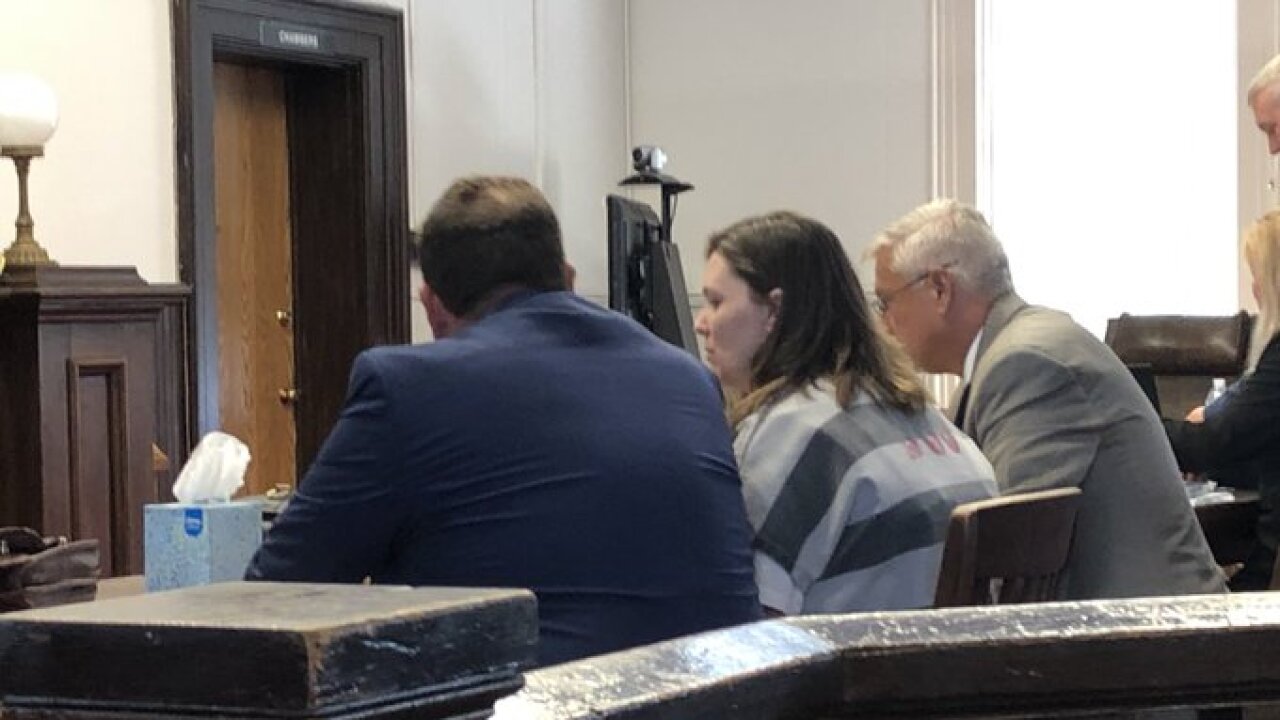 Copyright 2019 Scripps Media, Inc. All rights reserved. This material may not be published, broadcast, rewritten, or redistributed.
Evan Millward/WCPO
Angela Wagner in court in Waverly, Ohio, on Sept. 16, 2019.

WAVERLY, Ohio — A judge punished one of the family members charged in the Pike County Massacre case Monday for violating his order to not have contact with her co-defendants.

Judge Randy Deering suspended Angela Wagner’s telephone and mail privileges in jail after prosecutors said they have recordings of Wagner talking to her son Jake Wagner and her mother Rita Newcomb in June and July. Deering's order does not prevent Wagner from calling or mailing her attorneys.

The hearing continued with attorneys arguing 49 motions in Angela Wagner's case. The judge had set a Monday deadline to hear oral arguments on the motions.

The motions are called “non-substantive” because they are generally procedural - such as whether to allow Wagner to wear street clothes to hearings, the process for voir dire, etc.

Angela Wagner is facing 22 felony charges including eight counts of murder in connection with the shooting of eight members of the Rhoden and Gilley families in 2016. Prosecutors say Wagner, her husband and two sons planned the execution-style murders for months so that Jake could have sole custody of the daughter he shared with one of the victims, Hanna Rhoden.

All of the Wagners have pleaded not guilty.

Prosecutors urged Deering to revoke Newcomb’s bond and jail her over her contact with Angela Wagner.

Newcomb has pleaded not guilty to charges of perjury, forgery and obstructing justice. She is accused of helping her family members evade arrest and lying to a grand jury.