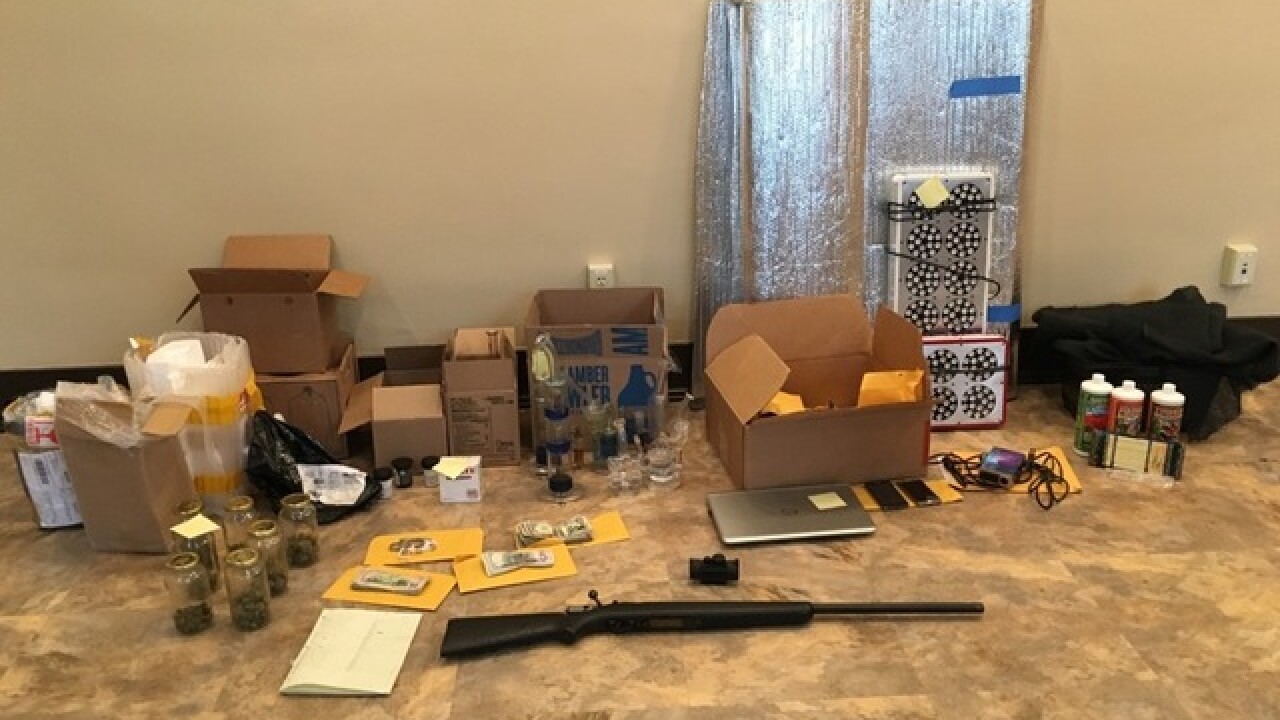 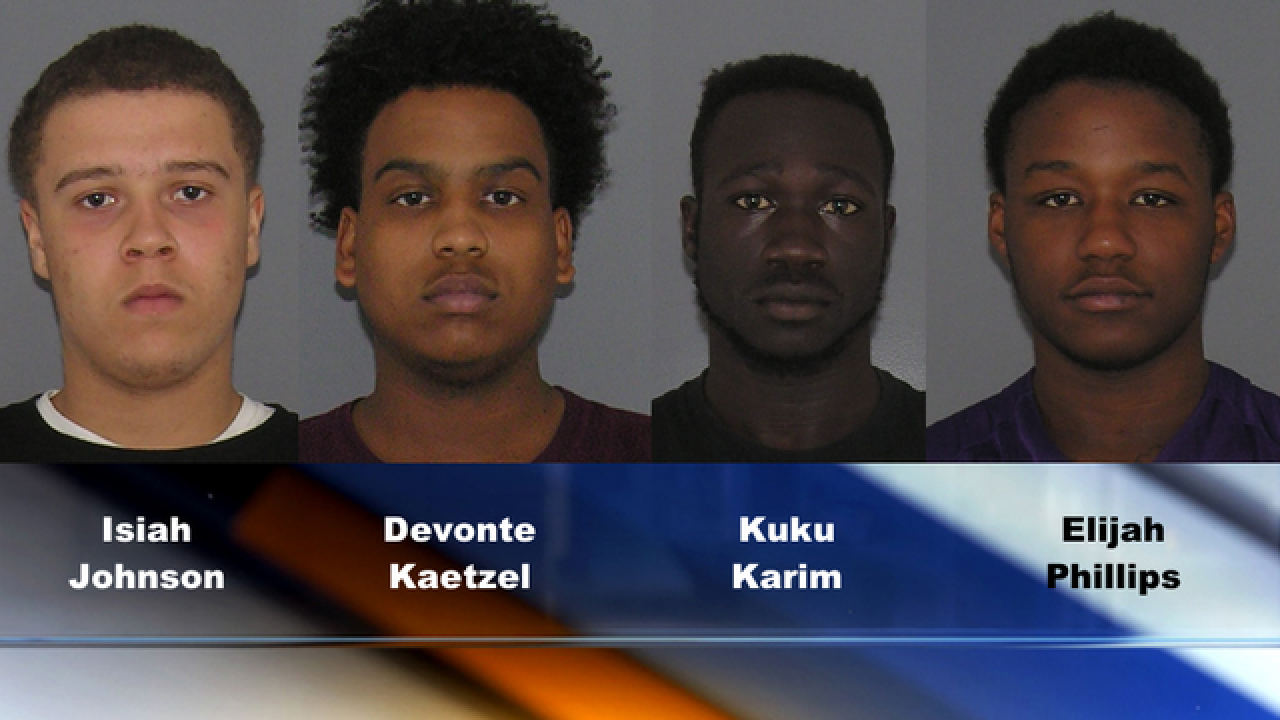 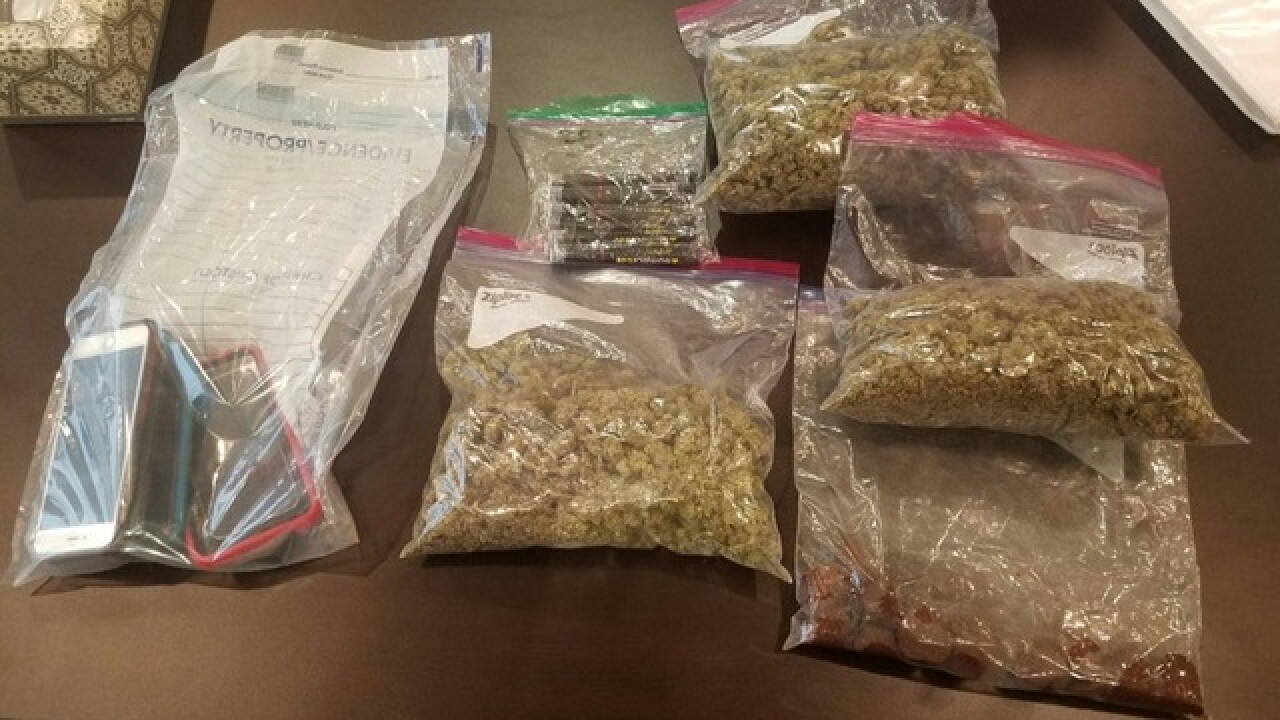 NEWTOWN, Ohio -- "This is a case where the bad guys beat us to the house."

Newtown police suspected drug activity was taking place at the home, Synan said, so they didn't think the robbery wasn't a random crime. One homeowner had been pistol-whipped, and the robbers had left by the time police arrived.

Officers quickly set up a perimeter and caught three of five suspects, Synan said. They also recovered several hundred grams of marijuana and other drug items, he said.

The four are due in court for arraignment Tuesday morning. A fifth suspect remains at large, Synan said, and an arrest warrant is coming soon.

During a search of the home, officers found more drugs, drug items, a rifle and hidden cash, Synan said. Two residents were arrested: Theresa A. Cosby, 52, was charged with permitting drug abuse, and her son, Connor Cosby, 19, was charged with drug trafficking.

Synan said they're all lucky no one was seriously hurt or killed.

"The bad guys in this case actually helped the police in collecting evidence of an alleged drug trafficking event," he said in a news release. "It should serve as a warning that if you are involved in the drug trade you are a target by other people in the drug trade who have no problem using violence."