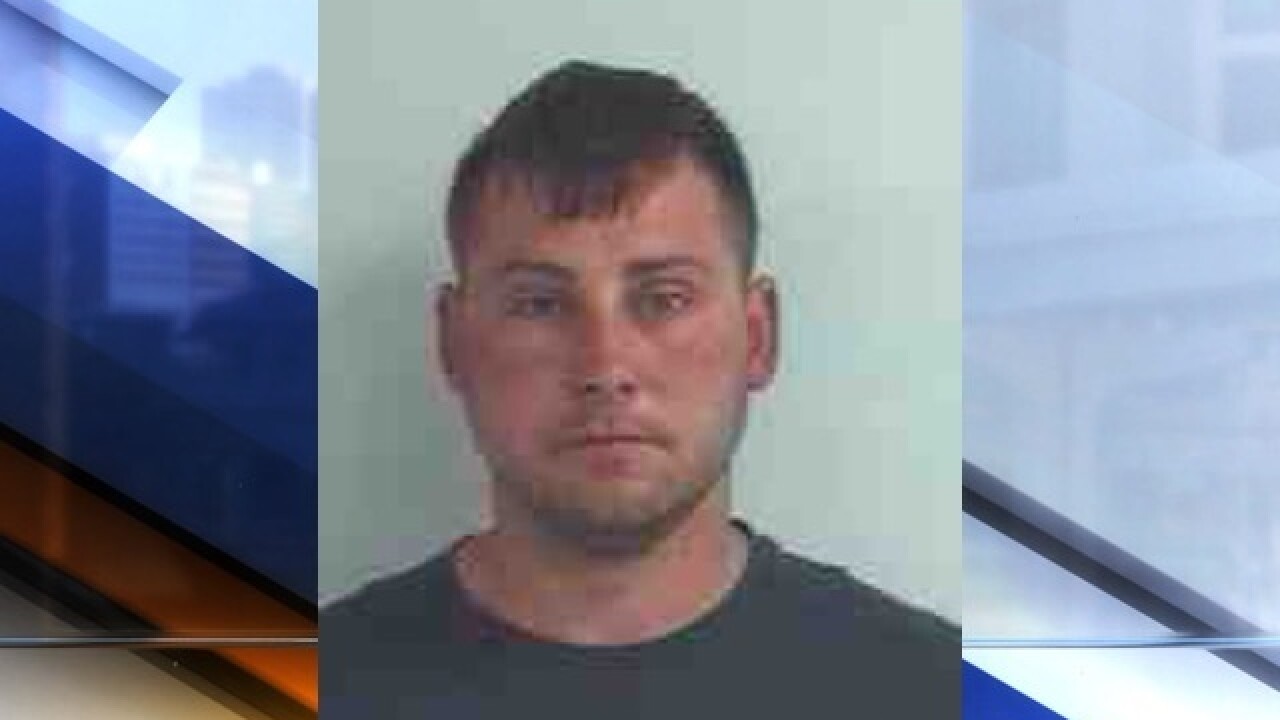 BATESVILLE, Ind. -- In an allegation that calls to mind "The Shining," a woman told police she barricaded herself in her child's bedroom when her drunken boyfriend broke into her home early Sunday morning and fired a shot through the door, Batesville Police Chief Stan Holt said.

Evan Freese, 26, is charged with felony criminal recklessness with a firearm - shooting into a dwelling.

Holt said the police department got a 911 call from the woman on Columbus Avenue at about 12:20 a.m. Sunday. She reported her boyfriend broke into her home and was drunk.

Cpl. Dave Abel and Officer Chris Smith could hear someone screaming inside the home, and then, a gunshot, Holt said. The couple had been fighting, Holt said, and the woman locked the doors after Freese left.

The back door was busted in, Holt said, and Abel and Smith immediately went inside once they heard the shot.

"When you arrive on a situation like that -- if you hear the gunshots when you pull up -- then our training, we are to go in the residence, locate the shooter and take care of the situation," Holt said. "And it was very critical, and I believe that it potentially saved some lives."

Holt said the woman didn't realize the bullet had gone through the door and hit her 4-year-old daughter's mattress as she was sleeping.

Though Freese threatened to hurt himself with his 9 mm handgun, Abel and Smith talked him down and took him into custody, Holt said.

"It really sounded like it was probably as close as it could have come to somebody getting shot without it actually happening," Holt said.

Freese was booked into the Ripley County Jail. Holt said Freese may face more charges once the prosecutor reviews the case.