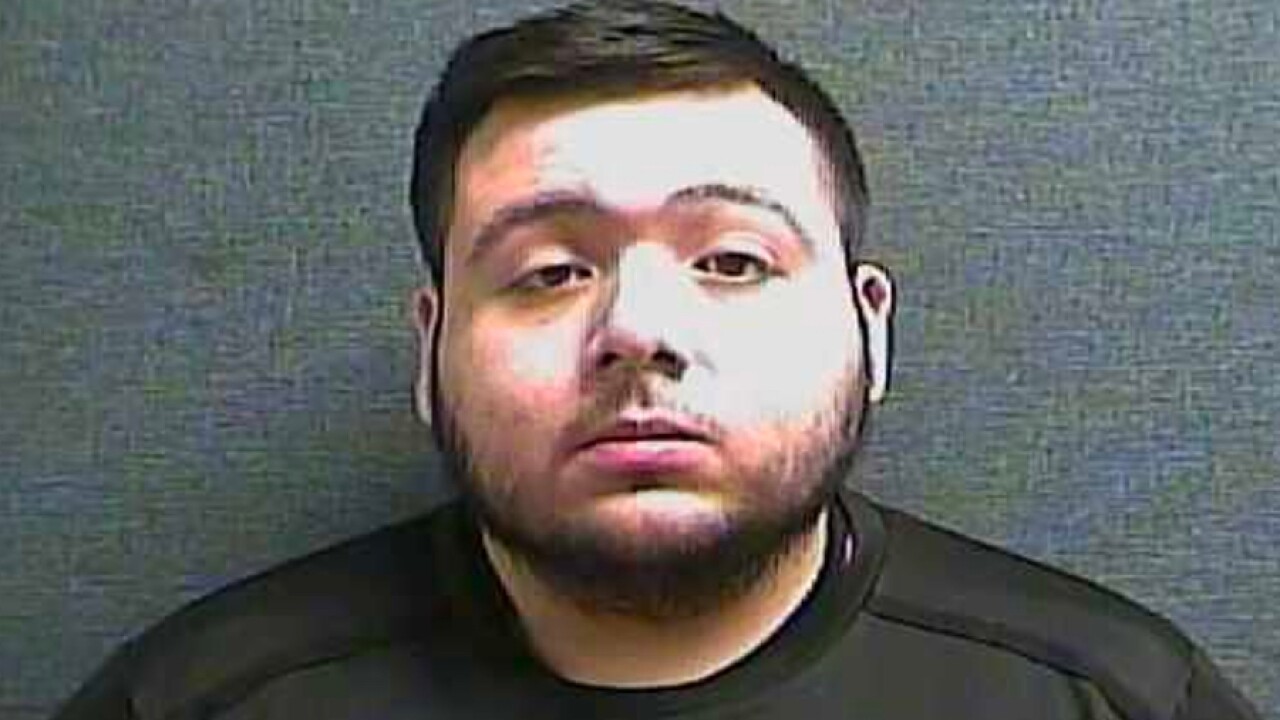 ERLANGER, Ky. — Boone County deputies arrested a man Sunday who is accused of repeatedly performing a sexual act with a minor.

Edward Hernandez, 21, is charged with 10 counts of first-degree sodomy, as well as a drug paraphernalia misdemeanor, deputies said.

Hernandez is accused of performing a sex act 10 times with the 14-year-old over a one-year period, according to deputies. The victim's parents learned about what was going on early Sunday when Hernandez arrived at their home intoxicated, deputies said.

During an interview at the Boone County Sheriff's Office, deputies said he confessed to the sex act Sunday and admitted to nine other incidents with the same victim.

Deputies said they also discovered a glass pipe and grinder with marijuana residue in Hernandez's backpack.

Hernandez is being held in the Boone County Detention Center with bond set at $100,000.