Woman who gave birth on life support for COVID-19 is now back home with family, newborn son 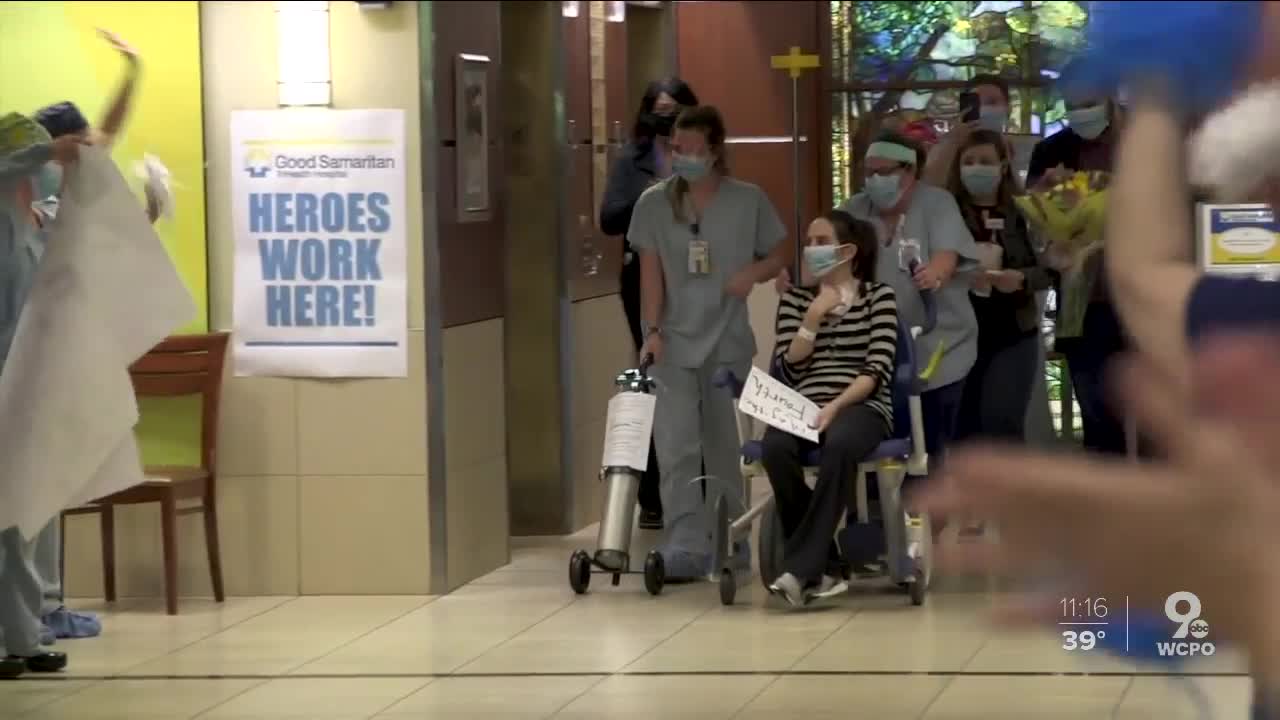 Alicia Kappers spent nearly six weeks in the hospital, most of that time spent on life support. She gave birth and turned 40 all while being in the ICU.

CINCINNATI — A pregnant woman who battled a severe case of COVID-19 is now back at home with her family and newborn baby after almost six weeks in the hospital.

She was on life support for most of that time – including when she gave birth.

“I don’t think I’ll ever take a hug or a kiss from my wife for granted again,” Ziad Razzak said.

When Razzak admitted his wife, Alicia Kappers, to Good Samaritan Hospital, her symptoms were so severe she was put on a ventilator that same day. She was also 31 weeks pregnant.

“When I got that call, I literally spaced off into space for what felt like hours,” Razzak said. “It was just really hard to process that all this was happening.”

Nearly a week later, Kappers gave birth to a baby boy – prematurely – while still under sedation.

“I was terrified,” Razzak said. “I actually went into the hospital thinking I was going to meet him and then there was a change in protocol. I came back home and just laid on the floor waiting.”

Kappers turned 40 during her 41 days in the ICU.

“They threw her an ICU party,” Razzak said. “It was awesome. It was 'Office' themed – we both love 'The Office.'”

She’s now back home, and she still finds it difficult to speak.

“I lost a lot of strength and endurance,” Kappers said. “Can’t pick (my baby) up. I can hold him but I can’t pick him up. So he’s still a single parent.”

No matter how bad things got, Razzak said, he never doubted his wife would pull through.

“She’s tough,” he said. “I knew that whole time, one way, somehow, someway, she’s pulling through this. I couldn’t imagine her not meeting this kid.”