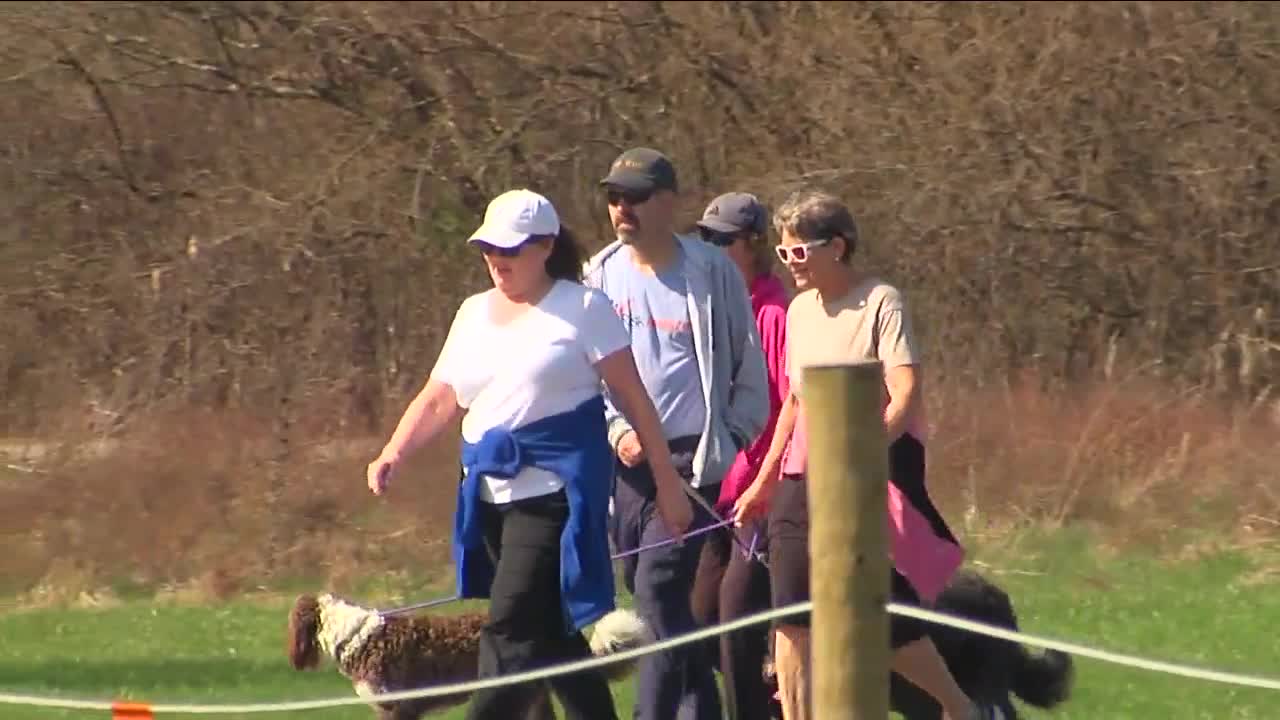 With recent warmer weather, people are heading outside to parks, but some of you are writing and calling expressing concern that crowds of people could spread COVID-19.

Warm weather has a lot of people in the Tri-State heading outside to parks, but some people are concerned increased crowds could spread COVID-19.

Wheeler is a mother of two and a grandmother -- if she gets COVID-19 she could be hospitalized.

"I have a low immune system right now. I just had an infusion. I'm not going to go out there," Wheeler said.

"We have to do a better job even than we've done thus far," Beshear said.

Kentucky was one of the first states in the country to shut down schools, businesses, and to implement stay-at-home orders to try to slow the spread of the virus.

"Now is crunch time, so we have to do everything we can everywhere across this state to make sure we're following the guidelines and that's going to protect our loved ones," Beshear said.

Beshear said he wants Kentuckians to be careful when they head outdoors.

Cyclist Cynthia Smith took to the trails at her local park today.

"I think they were in their little family groups, but you know they were like ten feet apart and another ten feet there was another group," Smith said. "So, I didn't think they were being too close to each other. But just to ride the bike around, it was a lot more people than normally you would see."

The City of Cincinnati tweeted that the park's trails are open, but playgrounds are closed.

The gates to Twin Lakes at Eden Park will be ⛔ closed to all vehicular traffic ⛔today at 5pm in accordance with the @CincyPD & in order to maintain public health in adherence with Governor DeWine's #StayAtHome Order.

The park still remains open to the public. pic.twitter.com/eSf7VWifH3

Sometimes it can be difficult social distancing in one of our well known parks. But did you know Cincinnati has many lesser-know parks that you can explore as well?

Check out our web article on our “hidden” Cincinnati Parks below! ⤵️https://t.co/RRuisRcVdc

Cincinnati Police Officers said if they see a big group of people congregating, they would likely encourage people to follow social distancing recommendations.