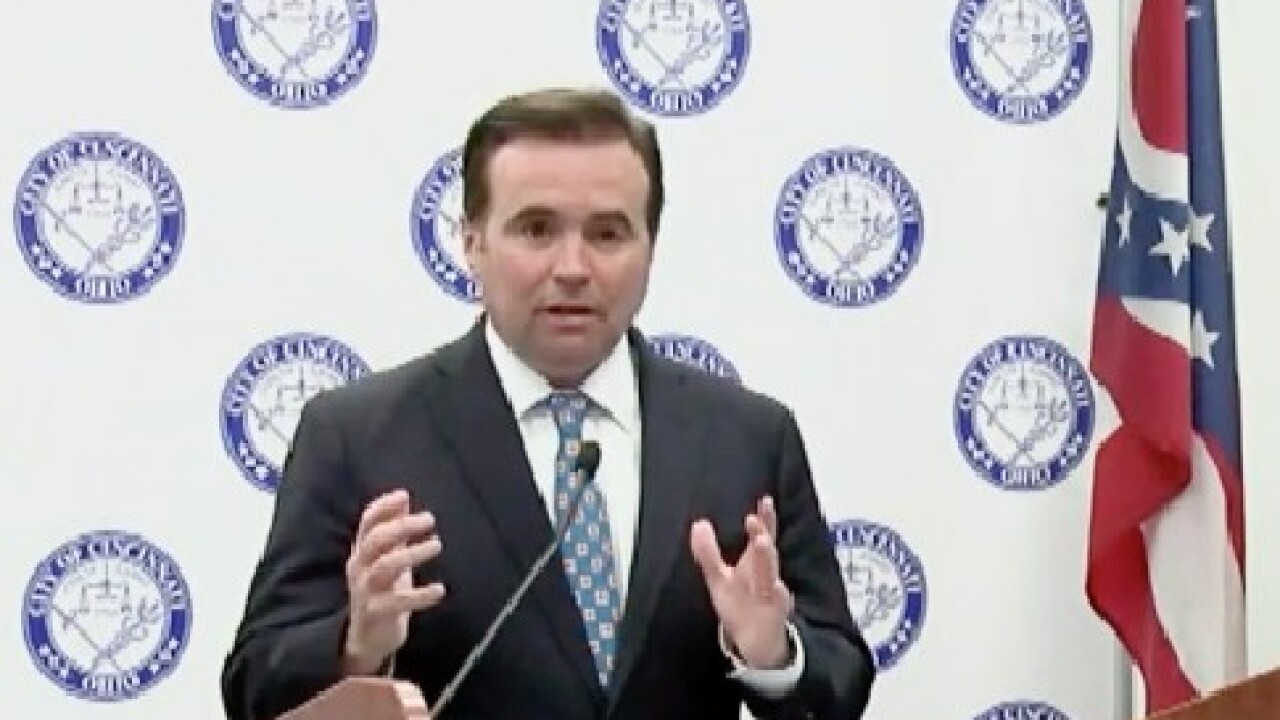 Mayor John Cranley gives an update on the COVID-19 crisis in Cincinnati.

Saying he wants to "balance the need for enforcement with the need for collaboration" with businesses, the mayor announced at his Tuesday COVID-19 news conference that he and Health Commissioner Melba Moore came up with the idea of using health department inspectors, formally known as sanitarians, to inspect retail businesses that receive complaints or exist in areas where there is a high concentration of COVID-19 cases.

Cranley said he would ask city council Wednesday to approve an ordinance that sets light fines for retail establishments that don't require employees to wear masks, don't maintain physical distancing or don't provide hand sanitizers. Offending businesses would get a $75 fine for the first offense (reduced from $500) and a $150 fine for a second offense.

Cranley explained by saying punishments required by state law would be overly oppressive.

“It’s incumbent on local health departments to enforce the rules. We want them (businesses) to be compliant without harsh enforcement. Under state law, we can only make arrests or shut down the business,” Cranley said.

Cranley said police would respond to “extreme violations” such as “major gatherings,” but the mayor said he wants to avoid a reactive police response.

Cranley said he wants to “get back to community policing” in light of the spike in street shootings that followed the COVID-19 shutdown, so police should not be otherwise involved in enforcing state safety orders.

Environmental Health Director Antonio Young said he has a team of 37 sanitarians and explained their role by saying they normally conduct "food inspections or other inspections required by the state or EPA." They would also make sure signs are posted at retail businesses listing the state safety orders.

When asked if the city has enough inspectors, Cranley acknowledged that "it's a resource issue."

The mayor said he had been shopping at a home improvement store and noticed that it appeared to be in strict compliance – until he asked if the store had hand sanitizer for customers. It didn't. He said in a case like that the store would not be fined if it could offer proof that it had ordered hand sanitizer.