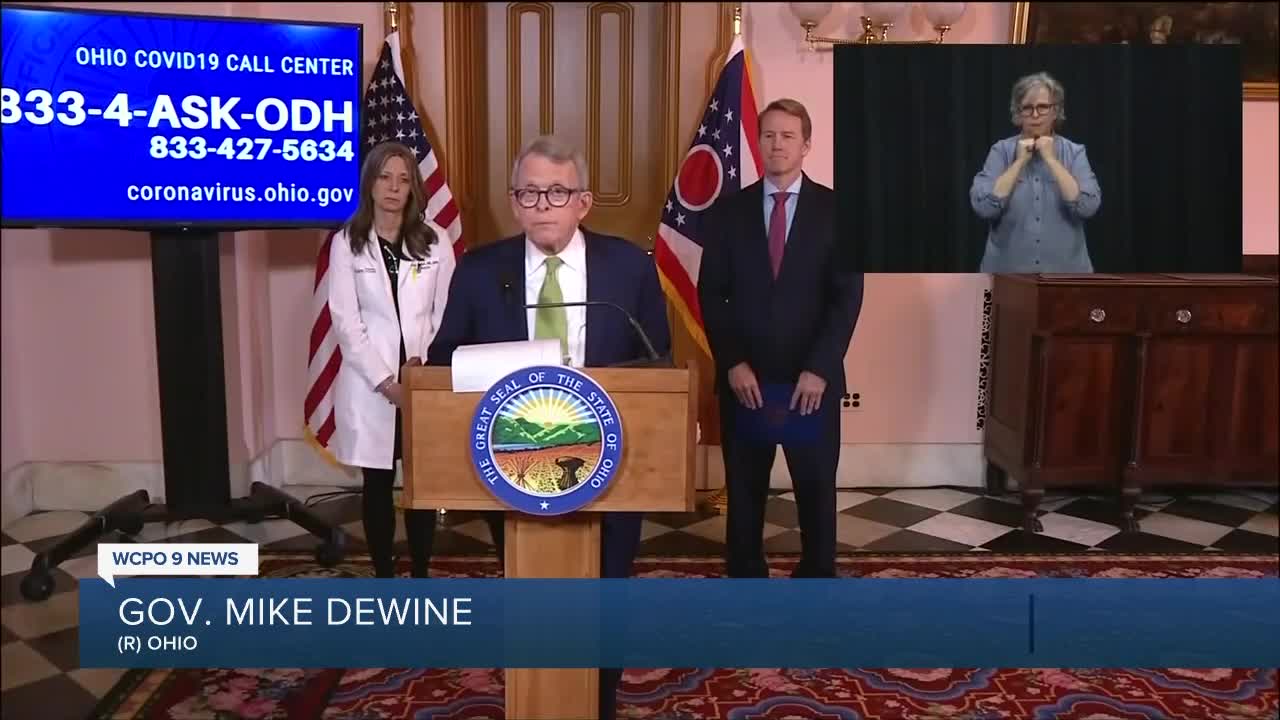 COLUMBUS, Ohio — Gov. Mike DeWine opened his Thursday news briefing by holding up the front page of the Columbus Post-Dispatch and its headline: Good deeds galore.

On Friday, he started with a somber announcement: The state’s first confirmed death connected to COVID-19 was a personal friend.

Wagoner, who left behind a wife, three children and seven grandchildren, had long been an active figure in Ohio Republican politics and once served on the state board of elections.

“I think it's important to remember that each time we hear about a new death that it is someone who was loved,” DeWine said.

“Mick was a well-known attorney and community leader in the Toledo region, and I was honored to know him. His family are close friends, and Jane and I are lifting them - as well as all of those impacted by the coronavirus pandemic - up in prayer during this difficult time," Sen. Rob Portman said of Wagoner in a news release late Friday.

Wagoner’s death marks the beginning of a new phase in the state’s COVID-19 response, DeWine added. He quoted from Psalms as he referenced the road ahead.

Wagoner’s might not be the real first COVID-19 death in Ohio, added Ohio Department of Health director Amy Acton — just the first confirmed. The state will continue to investigate a number of other possible coronavirus-related deaths.

Hoping to curtail the further spread of the virus, which had infected 169 confirmed patients in 12 counties by Thursday afternoon, DeWine and Lt. Gov. Jon Husted announced a handful of new containment measures.

Husted announced the Ohio Department of Insurance will require insurers to grant a two-month grace period on premium payments for employers insuring employees. Employers will be able to defer the payments for two months; they will also be allowed to continue covering employees who would otherwise lose coverage due to reduced hours during the pandemic.

Senior centers and senior daycares will be required to shut down at close of business Monday per an executive order form DeWine. Senior centers should endeavor to maintain whatever services can take place without seniors gathering in close physical spaces, he said.

Each day, DeWine added, he and Husted receive calls, texts and emails from across the state. Many of them bring thanks and good news: When he suggested Ohioans hang American flags outside their homes as a show of solidarity, a 7-year-old girl sent him a picture of the one she made from construction paper.

Some don’t. Husted said he had spoken to a grocery store worker who spotted customers physically fighting each other over toilet paper.