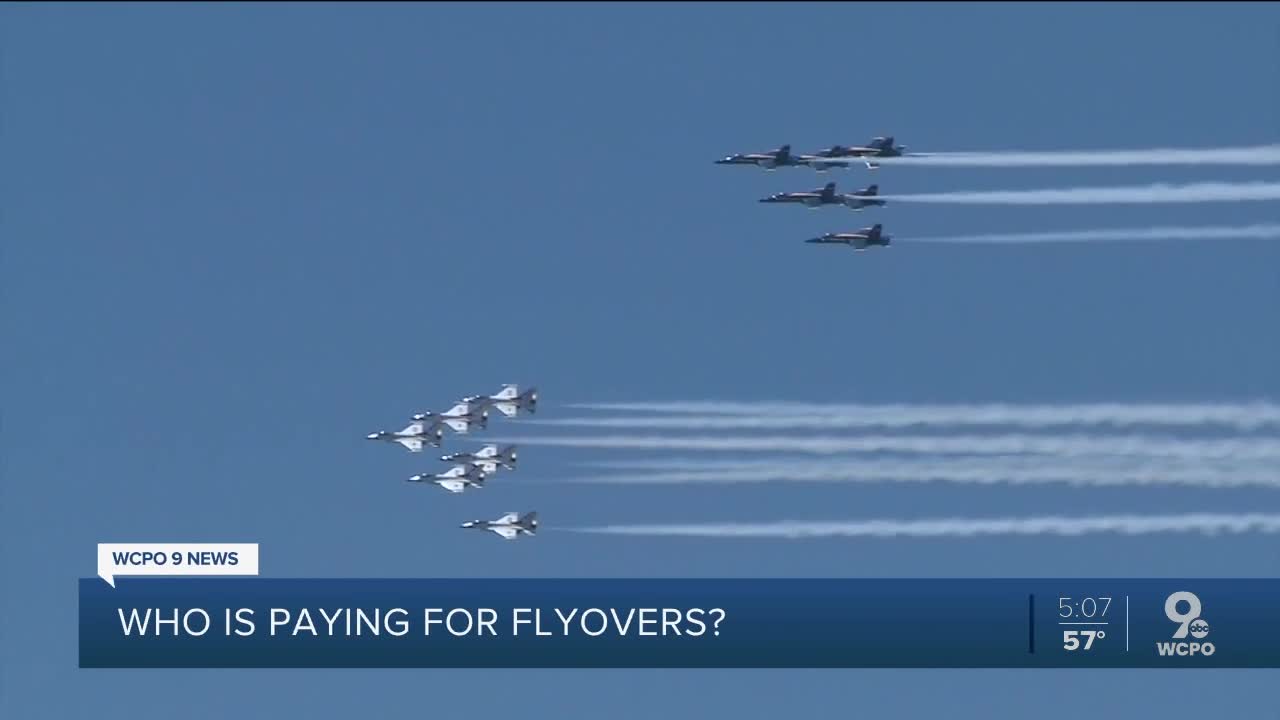 The Ohio 180th Fighter Wing announced it would do flyovers to support frontline workers, but some on social media took issue with reportedly high costs at a time when the state budget is being slashed.

CINCINNATI — When two F-16s fly over Cincinnati and Northern Kentucky on Thursday morning, the display honoring frontline workers will be inspiring, but it won't be draining taxpayer coffers.

The concern over costs and the use of tax money came quickly after the Ohio Air National Guard made the "Salute Ohio" flybys announcement Tuesday morning.

I'm an army brat and would much rather spend our tax money helping ordinary citizens who are struggling right now than putting on this display.

The conversation has been happening nationally, too.

The Navy and Air Force announced flyovers for frontline workers at the end of April, using the famous Blue Angels and Thunderbirds. The displays were scheduled for areas hardest hit by the coronavirus pandemic.

Some national media outlets like the NY Daily News and Washington Post reported at the time that flying the squadrons costs taxpayers $60,000 an hour, prompting skepticism about the displays versus the need for personal protective gear and economic stimulus. Often, these complaints are also criticisms of President Donald Trump and his administration.

In a joint statement announcing "America Strong," the US Navy and Air Force called the flybys "critical training requirements" for both squadrons:

Pilots must execute a minimum number of flight hours to maintain proficiency. These flyovers will incur no additional cost to taxpayers.

That's the message squadrons in Ohio, Kentucky, and Indiana gave WCPO this week, too. In Ohio, a spokesperson said the training budget had already been set and the flyover courses were designed to stay within existing travel.

"Rather than doing a single day of round-robin flybys, we are doing them over the course of several days so that we can tie them in with our regularly scheduled training missions, as not to incur any additional costs, but at the same time allowing us to pay tribute to our frontline and essential workers," said Ohio 180th Fighter Wing Senior Master Sergeant Beth Holliker.

"For Cincinnati, we’ll conduct our flybys as we are leaving our training airspace, on our way home, back to Toledo," she added.

It, too, said the flyovers were "accomplished as part of regular and mandatory proficiency training required to keep aircrews current and qualified and incurred zero additional cost to taxpayers."

Indiana's 122nd Fighter Wing has also been participating in "Operation American Resolve" and Air Force Salutes, most recently on May 5.

"Flyovers are conducted at no additional cost to the taxpayer and serve as critical training for our pilots," he said.

So, enjoy Thursday's display over Cincinnati and Northern Kentucky without feeling like you need to reach for our collective wallet.