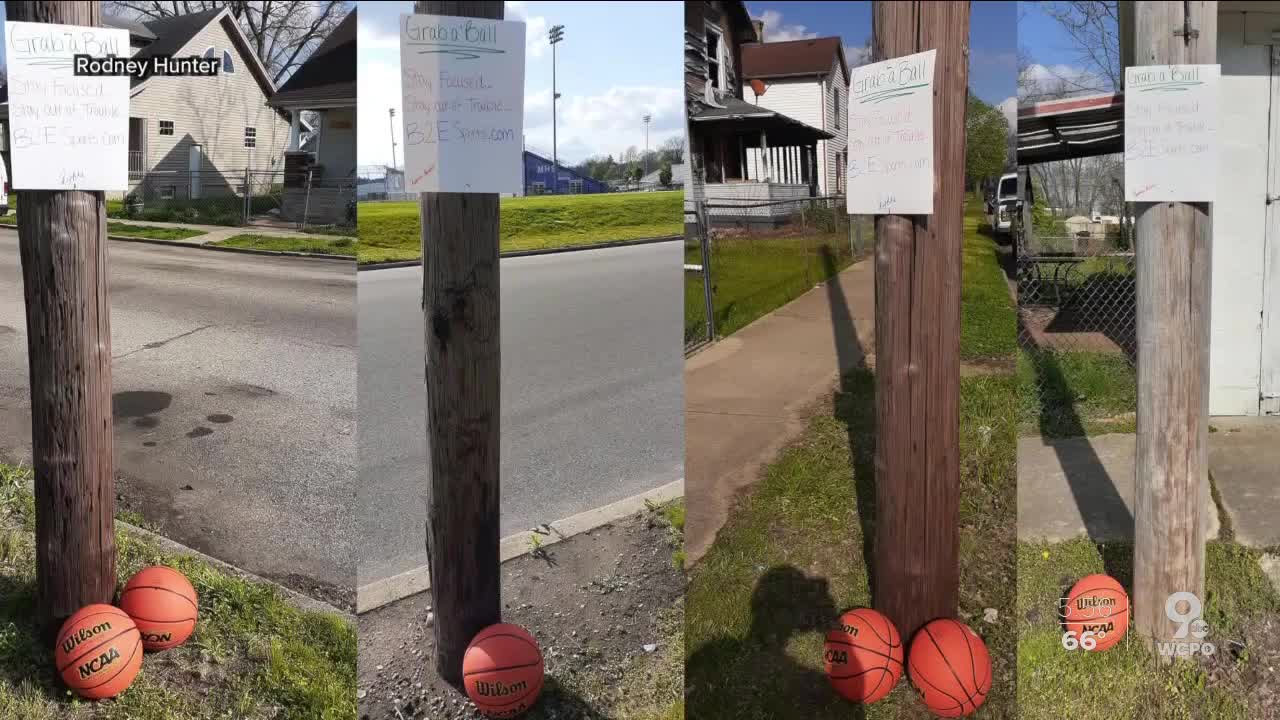 If you turn the corner toward Barnitz Stadium by Rosa Parks Elementary School in Middletown, you’ll come across some handwritten signs on light poles. The signs are encouraging the community to stay focused and stay out of trouble. If you’re lucky, you’ll also find a free basketball.

MIDDLETOWN — If you turn the corner toward Barnitz Stadium by Rosa Parks Elementary School in Middletown, you’ll come across some handwritten signs on light poles. The signs encourage the community to stay focused and out of trouble.

If you’re lucky, you’ll also find a free basketball on the ground, waiting for its new owner. This is all an initiative of Rodney Hunter, CEO of B2E Sports, or "Ballers 2 Elite." The training program helps turn young basketball players into better athletes and, according to Hunter, better people.

“I always had basketball as an outlet or something that could direct me in the right path,” he said. “I wanted to provide that same opportunity to people – and not only kids in that predicament, but everyone, of course.”

He started by placing six basketballs around that neighborhood, which also happens to be where Hunter grew up. He hopes the sport will help change lives, just like it changed his own.

“There were times where I had friends who wanted to do negative things,” he said. “I decided to play basketball instead and, you know, their life is now much different than mine. They’ve made decisions that put them away for many years … 20-plus years.”

With social distancing in place due to COVID-19, he wants to stress that people shouldn’t be gathering in big groups to play basketball. Instead, he is encouraging them to grab a ball, dribble, and de-stress during these difficult times.

“The truth of the matter is that, especially where I'm from, some kids are going to roam around, and what better opportunity to grab a basketball and go to the front of your house and just dribble, work on your craft and take your mind away from everything that's going on?” he said.

His Facebook post has received more than 480 reactions and more than 125 shares. He hopes people will see this and start this initiative in their own communities.

“I'm just hoping that it changes someone's life,” he reiterated. “If it wasn't for basketball, I don't know what path I would have taken in life. It legit saved my life, I believe, on many occasions.”