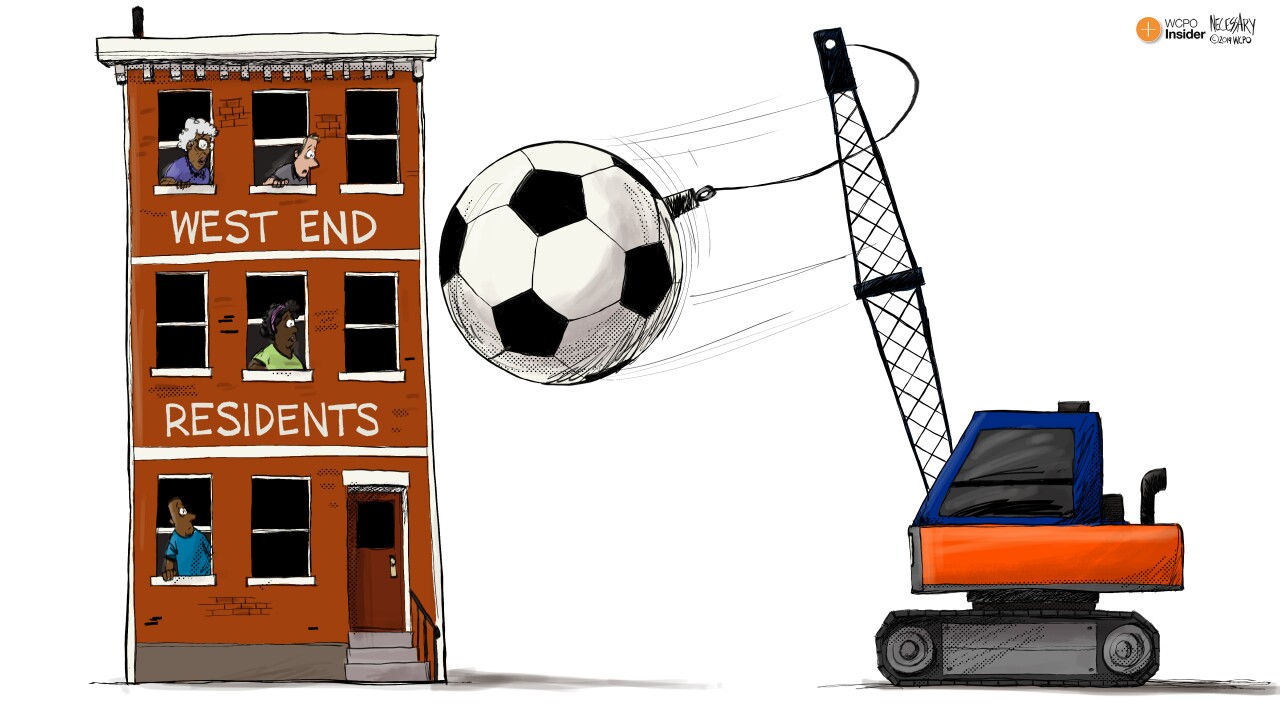 Ever since it was announced FC Cincinnati was building its new stadium in the West End, residents of the neighborhood have voiced concerns about being displaced. While the team's management promised that no one would be displaced due to the stadium itself, parcels of land, including some with residential buildings, were bought by the team for additional development around the stadium. The residents of these buildings, many of whom are low-income or elderly, have found themselves facing eviction notices with nowhere to go. Members of Cincinnati City Council are floating proposals, but as of yet, no solid plans have been formed.

In the grand scheme of things, FC Cincinnati is good for our city. And plopping a massive, new Major League Soccer stadium anywhere will bring with it a host of challenges. But this latest round of fears about displacing West End residents is a reminder that the team — and the city — need to do more for the people in that neighborhood. FC Cincinnati isn't just buying up parcels of land. It's buying up people's homes. So much is wrapped up in the idea of home: comfort, identity, memories, a sense of independence and more. And just expecting those who live there to pack up and find new housing is incredibly short-sighted considering the tight incomes many of these residents live on.