EDITORIAL CARTOON: Pin it on Zac 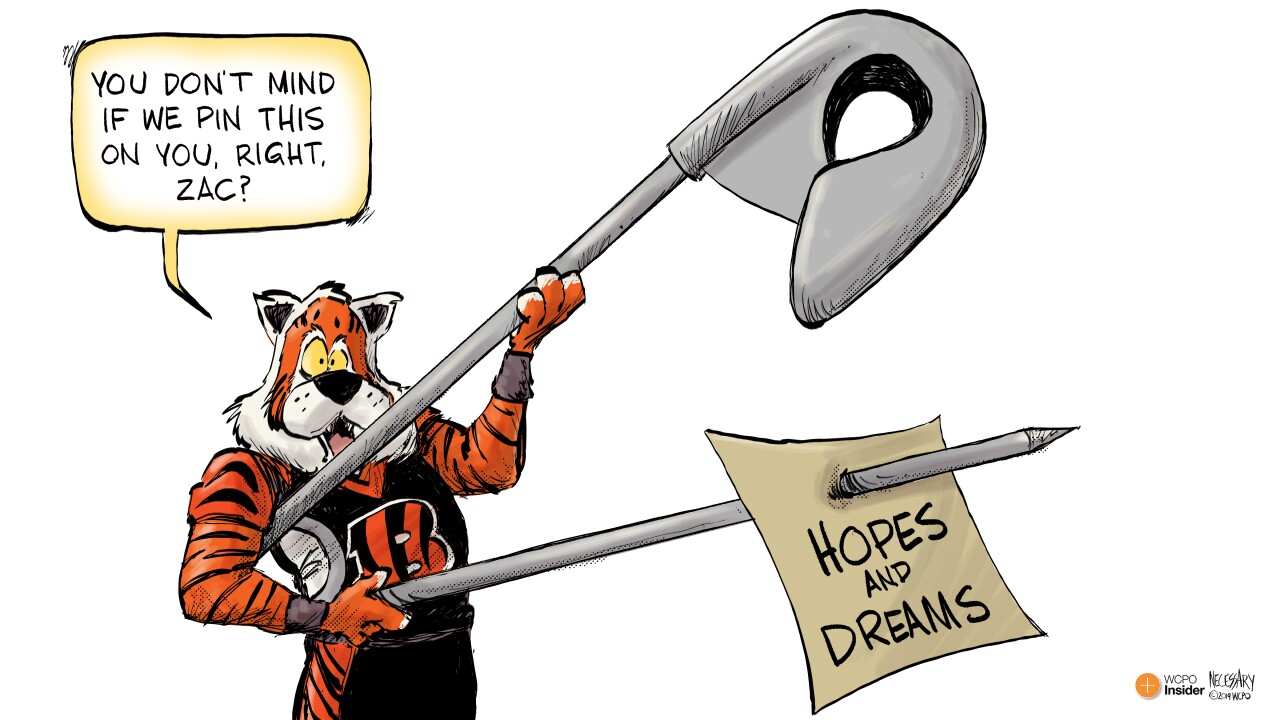 The Zac Taylor era has begun. Taylor, who as the Los Angeles Rams’ quarterbacks coach helped take the team to Super Bowl LIII (where they unfortunately lost to the New England Patriots) has been named the new head coach of the Cincinnati Bengals, stepping into the position recently vacated by Marvin Lewis.

RELATED: Can Taylor light a fire under Bengals' offense?
RELATED: If you call Taylor 'Dave Shula 2.0,' you'd be wrong
RELATED: Taylor has grown since his UC days, fans say

Lewis brought the Bengals out of the Lost Decade and took the team to the playoffs — though they were always one and done in the postseason. The Bengals have been on the downturn over the past few years, and fans clamored for Lewis’ head and new blood at the head of the coaching staff. With Taylor, the team — and Cincinnati — gets someone young with experience working on a championship-caliber team. Fans and players can pin their hopes and dreams for a successful year on Taylor. But will his arrival be enough to turn the Bengals around?