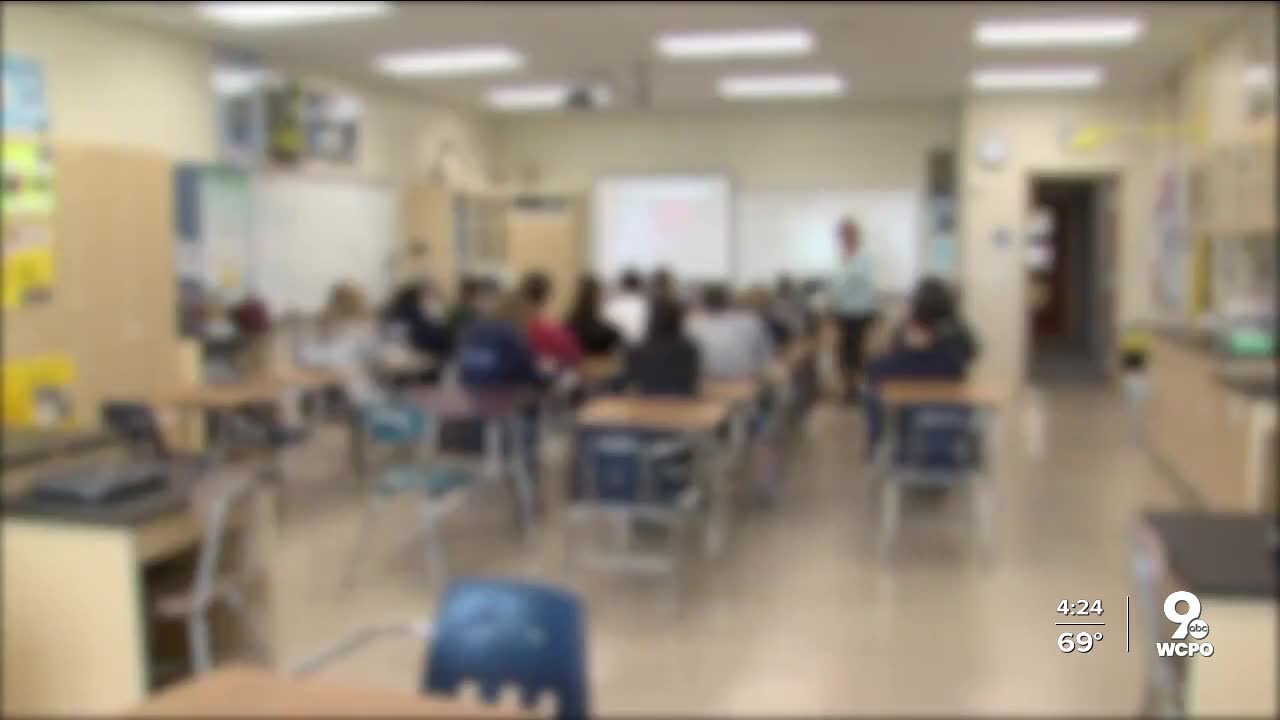 It can be difficult enough for teachers to get their classroom equipped during a normal back-to-school season. COVID-19 makes it even tougher.

MASON, Ohio — As a parent of two students in the Mason City School District, Jeanette Charles is used to the excitement and anxiety that both can come with a new school year.

But this year, the continued spread of COVID-19 throughout the Tri-State -- including Warren County, which remains at an orange risk level on Ohio's coronavirus map -- means the anxiety is at a new level.

"It's hard to think about going back to school this way," she told WCPO, worried about the health risks associated with returning her children to the classroom while also concerned about the impact that keeping them from seeing their classmates might have on them, too.

As a years-long volunteer with the Mason City Schools Parent-Teacher Organization, she's also worried about the teachers. At the start of summer break, she said, she started collecting small supplies she imagined teachers might be challenged to stock in their classrooms.

"I've been collecting extra bottles of hand sanitizer every time I went to the store, just to make sure the teachers had enough when we went back to school," she said.

Then she got a Facebook invitation from a friend in her hometown of Omaha, Nebraska, to a local "adopt-a-teacher" group. It inspired her to start one for her local school district.

"(Teachers) are going to need to re-examine their classrooms and how they do this safely for the kids," she said. "I wanted to make sure the teachers had everything that they needed to go back to school."

Adopt-a-teacher programs aren't new, and neither is the challenge teachers across the country face in providing materials and supplies for their classrooms often at their own expense. They take different forms in different districts. For Mason, the Facebook group Charles launched allows teachers to create Amazon wish lists from which "adopters" can shop and donate supplies. Another Facebook group for Northern Kentucky teachers takes a slightly broader approach, encouraging parents and residents to send teachers appreciation gifts or cards, in addition to any other supplies they might want to donate.

"We've already adopted 145 teachers, and when I checked this morning, there were only a handful that had not been adopted yet," Charles said.

Mason Elementary School fourth-grade language arts and social studies teacher, Carol Gebhardt said these sorts of groups are more important than ever amid the uncertainty of a pandemic.

"I think one of the biggest challenges is going to be to come to school or come online with that positive, growth-minded attitude that, you know, change is inevitable," said Gebhardt, who teaches language arts and social studies to fourth graders at Mason Elementary School. "As an adult, I know that, but as a child, as a student -- and change right now is a constant for them -- just being there as that positive role model."

The pandemic's economic impact has implications for school districts, too.

"I know there's been a lot of state funding cuts and things like that, and teachers are having to look at buying more things for their classrooms, which means -- we already do a pretty good job of that anyway, and we enjoy it -- but just some of those extra things," she said.

Gebhardt was one of the 145 teachers adopted in the Mason group. She said she was surprised by the outpouring of generosity.

"The lady that adopted me, I didn't even have her students. I didn't have her children, but it's just, you know -- people are doing this out of the kindness of their heart," she said.

For those who would like to begin a similar program in their local district, Charles said it can be as simple as creating a Facebook group, inviting friends and asking them to invite their friends.

"Make a Facebook group page. Invite your friends. Invite the teachers that you know, and have everybody spread the word. Just keep asking spread the word," she said. "Everybody wants to help teachers and get them the help they need."