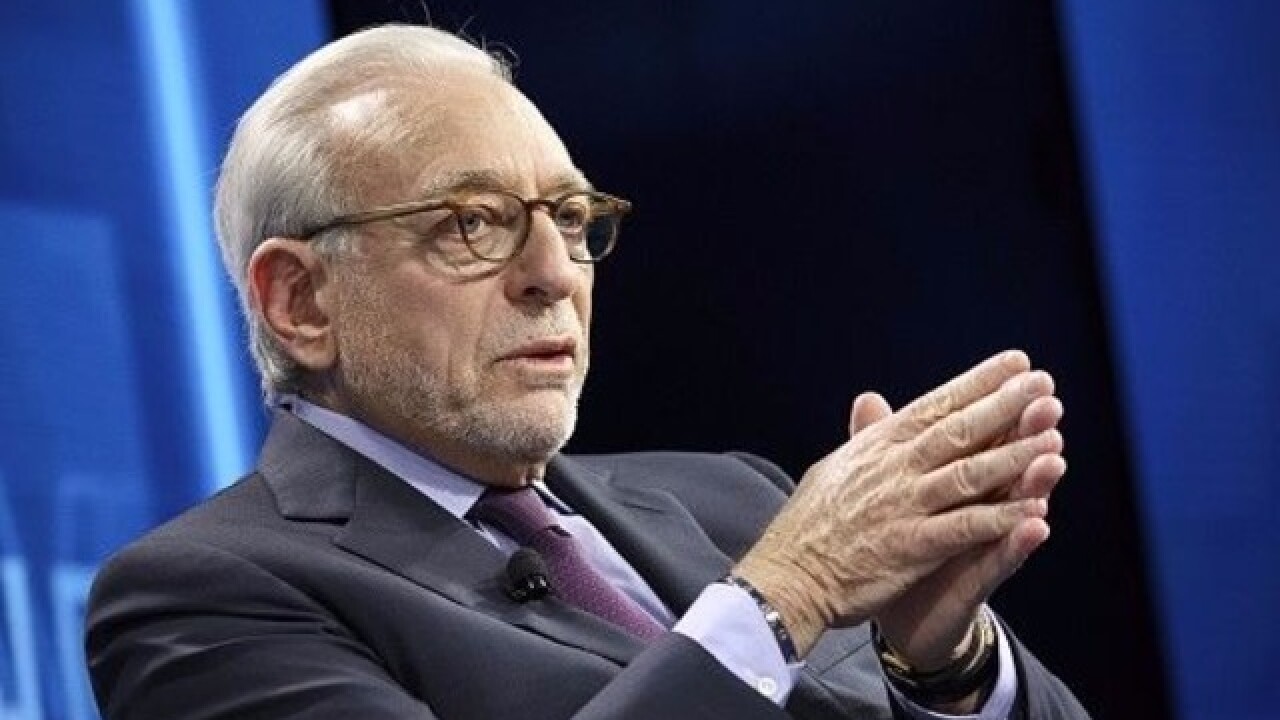 CINCINNATI - Activist investor Nelson Peltz wants to shrink the corporate staff at Procter & Gamble Co. by up to 9,000 employees.

But he doesn't want to fire those people, just free them from the burden of P&G’s bureaucracy.

Peltz is a New York hedge fund manager who wants P&G shareholders to elect him as a 12th board member by voting a white proxy at or before the company’s annual meeting Oct. 10. P&G warns Peltz will be a disruptive force who could derail a set of growth plans that took years to develop and are just starting to deliver long-term, sustainable growth. The company is asking shareholders to vote blue proxies in a corporate election that’s likely to cost more than $60 million, the most expensive in U.S. history.

In the Sept. 11 call hosted by Bernstein Research, Peltz and Clayton Daley Jr., a former chief financial officer for P&G, defended their plan to reorganize P&G into a lean holding company that oversees three global business units. It’s the most complete explanation to date of Peltz’s vision for the company.

“This is not going to decimate Cincinnati,” Peltz said. “We want to get the company to grow again. If the company grows again, that’s really good for Cincinnati. That’s the goal here, to take market share, grow the company, have the retirees, have the pensioners, have the current employees start to share in that success once again.”

Peltz said he’d like P&G to operate with a corporate staff of “a thousand or less,” compared to the 8,000 to 10,000 that P&G employs today. But instead of firing those employees, Peltz would have them report to three global business presidents who would be based in Cincinnati.

“From our experience, there is nothing more distressing to a good manager than a corporate charge that he has no control over,” said Peltz. “It busts morale.”

So, Peltz would enable P&G’s three GBU presidents to weed out the waste – buying only those corporate services it needs to grow P&G brands.

“We’d like the three GBU heads to work together to figure out the problem,” Peltz said. CEO David Taylor would intervene if those presidents can’t agree on the best use of corporate resources.

At the same time, Peltz said he would put the three global presidents “on the hot seat,” fully responsible for growing revenue and reducing expenses within their business segments.

“If you do a great job we’re going to promote you, give you a big bonus,” he said. “And if you don’t, we’ll have to move you aside and get somebody that will.”

Peltz said he wants to bring to P&G the competitive and action-oriented culture that Gillette had when P&G acquired it in 2005. Daley said it was “a huge missed opportunity” when P&G failed to integrate Gillette managers into its business after the merger.

“I spoke to so many ex Gillette people,” Peltz said. “If Harry’s or Dollar Shave had been around when they were there … they would have figured out a way to put these guys out of business.”

Dollar Shave Club grew to $150 million in five years before Unilever paid $1 billion to buy the company in 2016. The startup stole market share from Gillette by offering cheaper razors directly to consumers.

Peltz said it's one of many examples in which P&G’s slow-moving culture missed the boat on new product innovations, losing market share that will be difficult to regain.

“This company, over the last couple of years, has sold 100 brands,” he said. “They were acquired to create the future growth for P&G. And what you’ve got today is a company that has only global brands. That’s all they know how to operate. And all the action today is local. It’s these small brands. What the millennials want is their own brand. They want a brand with emotion, a brand that’s got a story behind it, a brand that brings value to the environment or is organic. That means that P&G has to learn how to incubate or buy these little brands. They don’t know how to do that today. They proved it by getting out of these hundred.”

P&G said Gillette is one of a dozen brands that ranks first in market share, at 66 percent, as of July. Others include Tide detergent, at 41 percent, Crest toothpaste at 36 percent, Downy fabric care at 40 percent and Venus razors at 47 percent.

“Mr. Peltz’s flawed suggestions and outdated views underscore his fundamental misunderstanding of the P&G of today,” CEO David Taylor said in a note to investors Monday. “Today’s P&G is well positioned with the right plan, the right structure and the right board in place to deliver results.”