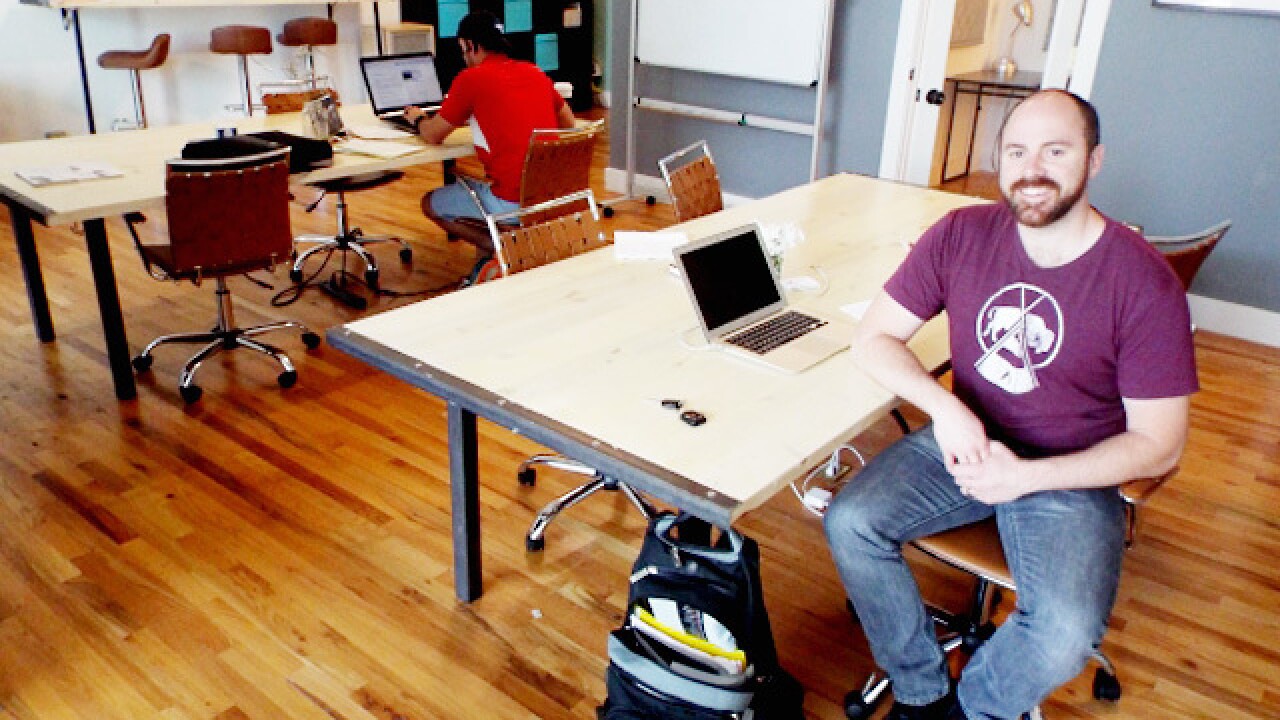 Kevin Eigelbach | WCPO contributor
<p>Darrin Murriner is co-founder of Cloverleaf, an app that helps companies maximize the work of individuals by studying personalities and team dynamics.</p>

Tired of looking at that pallet of paper gathering dust by your warehouse door? Time to dust it off: Darrin Murriner has a market for it.

The Fort Thomas resident and David Barnes, a paper broker, created StockPilz last fall, a website through which businesses with excess paper products can sell them and where those who need such products can buy them.

“We’re not just throwing up a message board, we’re actually building a marketing engine for commodities,” Murriner said.

Those interested in buying or selling sign up at the website. There, they list the products they have for sale, along with photos and descriptions. Buyers can browse through the inventory and make offers.

The owners are still tinkering at the site to make it easy to use. They intend to create a seamless purchasing process, similar to that found on eBay, Murriner said.

Why an online marketplace?

Because the paper market doesn’t operate in an efficient manner, Murriner said. “You send emails and hope you can find a buyer, who might not be able to get you a good price.”

Finding a market for orders that were canceled and never delivered is a way for businesses to capture value from inventory they’ve written off, he said.

Who has invested in the company?

Murriner has invested some of his own money, but he declined to say how much. An industry investor he didn’t identify put up $80,000, he said, and the company received a $25,000 investment from UpTech, a Covington-based business accelerator that specializes in data-driven startups.

While going through UpTech’s program, Murriner and Barnes connected with a mentor, David Rodarte, whose ChangingVelocity advises businesses on growth and transitions. StockPilz has the potential to disrupt commodities markets, Rodarte said, because it eliminates middlemen from transactions, thereby reducing costs.

It’s not a sexy business, he said, but it’s a robust approach that adds real value to the industry.

StockPilz charges a fee of 3 percent to 10 percent per transaction, depending upon its size. Murriner declined to say how much money it’s making but added it was not yet enough to be profitable.

More than 2,000 products, with a total value of more than $10 million, have been listed for sale on the site, he said. Only a small percentage have resulted in transactions so far, he added.

How are they marketing the site?

“That’s a key to success,” Murriner said. “You need credibility .... something that says this isn’t some guy in his basement or someone in India who just threw up a website.”

They’re seeking more investors. More cash would enable them to hire employees, who could then market the website to more industry execs. Also, Murriner said, they’d love to hire a broker with strong connections in the paper industry who could accelerate and close transactions.

They also see potential to create sites for commodities other than paper, particularly packaging and scrap metal. “It’s not out of the realm of possibility to think we could be in 20 to 30 commodity industries in a very short time,” Murriner said.

What else has Murriner done?

This is his first crack at running his own business full-time, but Murriner is no stranger to entrepreneurship. His wife, Peggy, and he started BabysitEase, an online babysitting and nanny service, in 2004. She still runs that business.

In 2007, he started a blog about Fort Thomas called Fort Thomas Matters. It still publishes, but he’s no longer involved with it.

Last fall, he and professional photographer Jon Willis started Borderlands, a shared work and studio space for small businesses at 842 Monmouth St. in Newport, where they each run their businesses.

Murriner needed a place to work, he said, but he also wanted to place a bet on Newport. “I really like the potential that exists in North Monmouth,” he said.

He and his wife made some real-estate investments that put themselves in a financial position to be full-time entrepreneurs. He previously worked as an auditor for the former Arthur Andersen LLP accounting firm and then for American Modern Insurance in Amelia.

At 38, he’s older than the typical startup founder, but he sees that as an advantage.

“Investors want to feel good about the person they’re investing in,” he said. “They like to see someone with some experience and some years on them.”