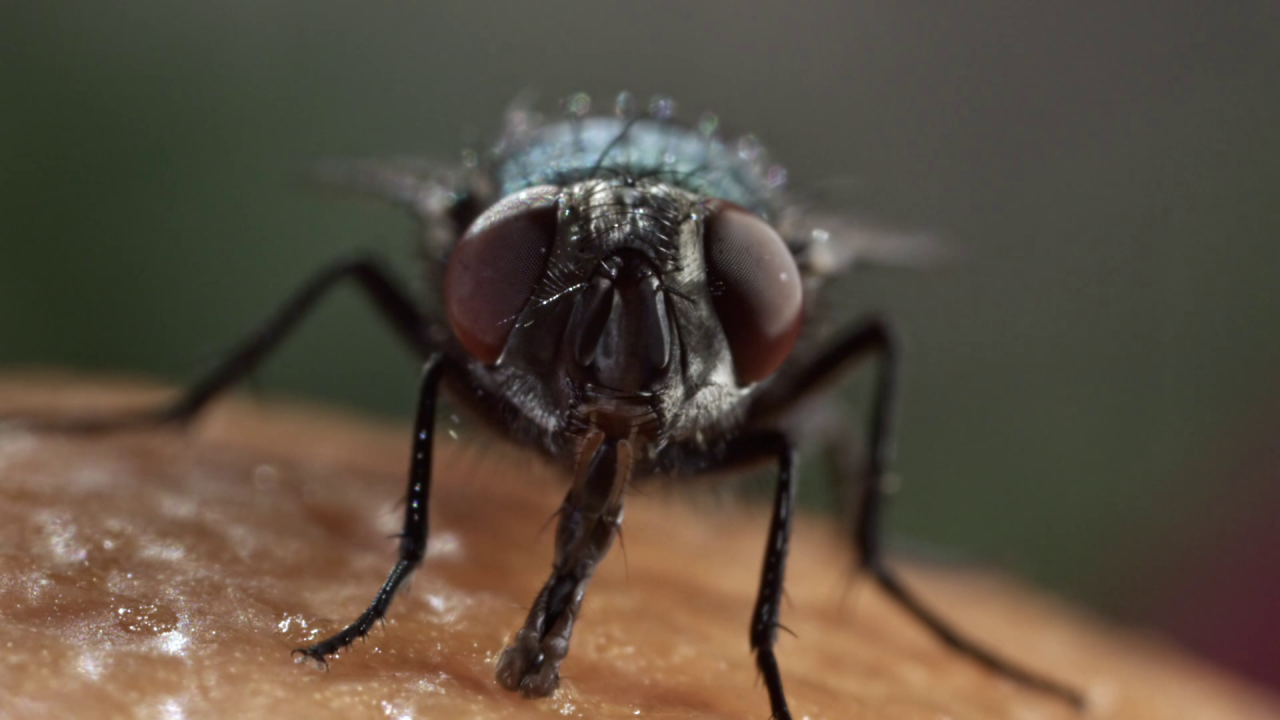 Image from a Zevo ad that touts insecticide as &quot;way smarter than bugs.&quot; 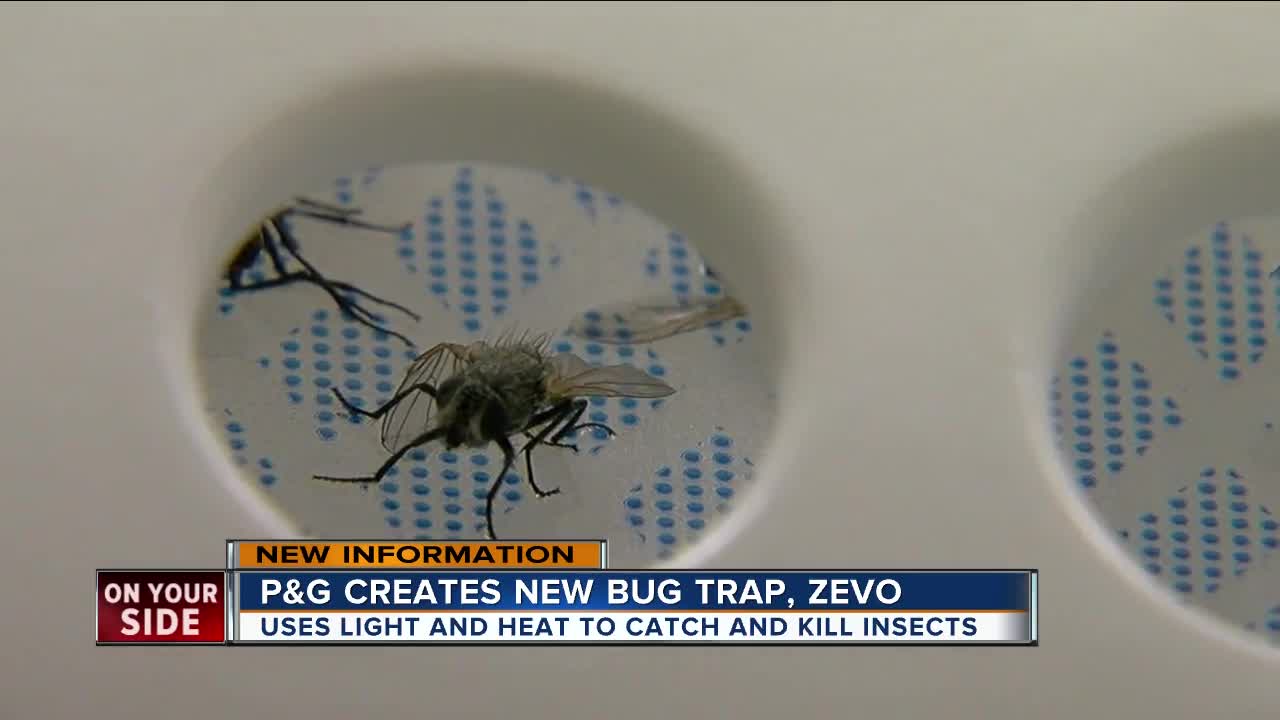 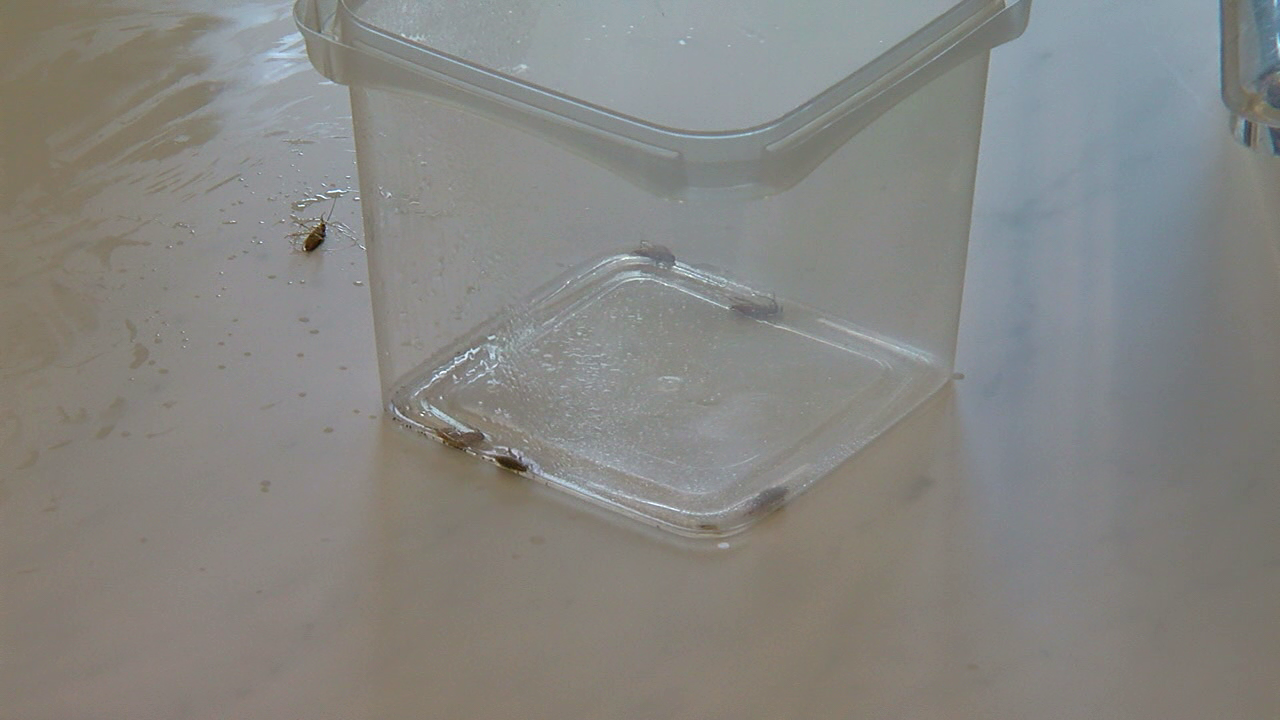 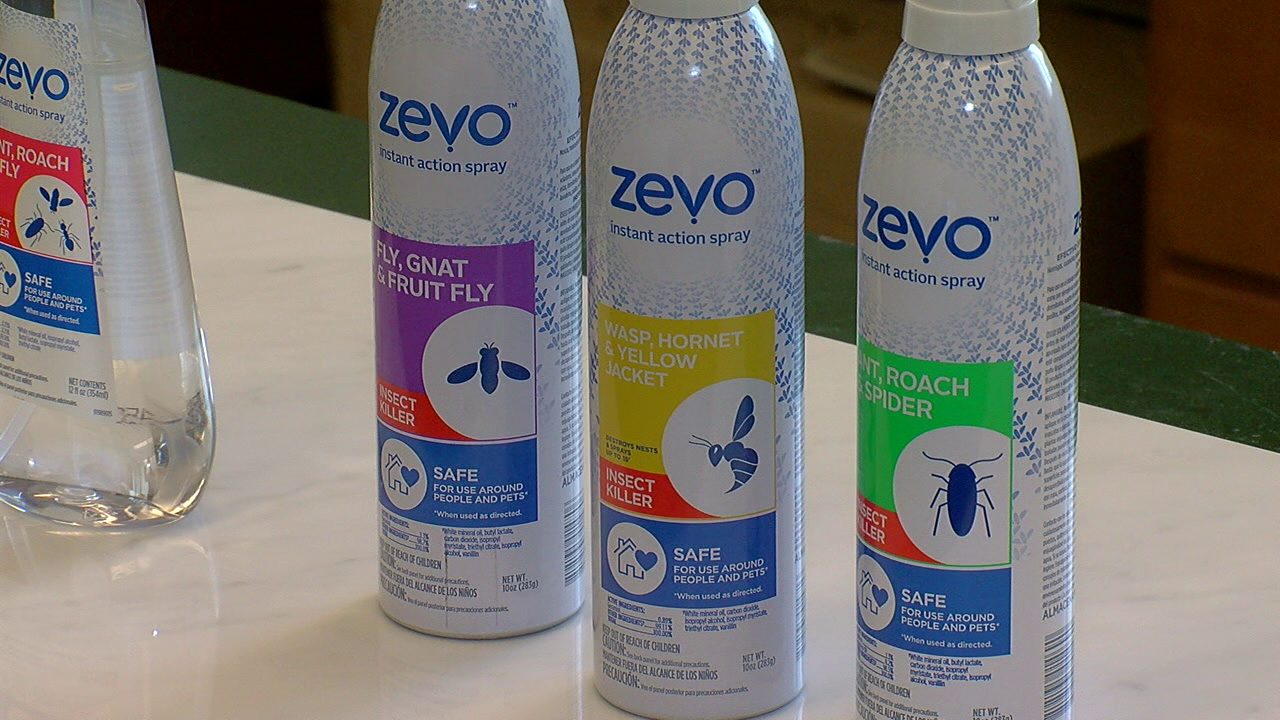 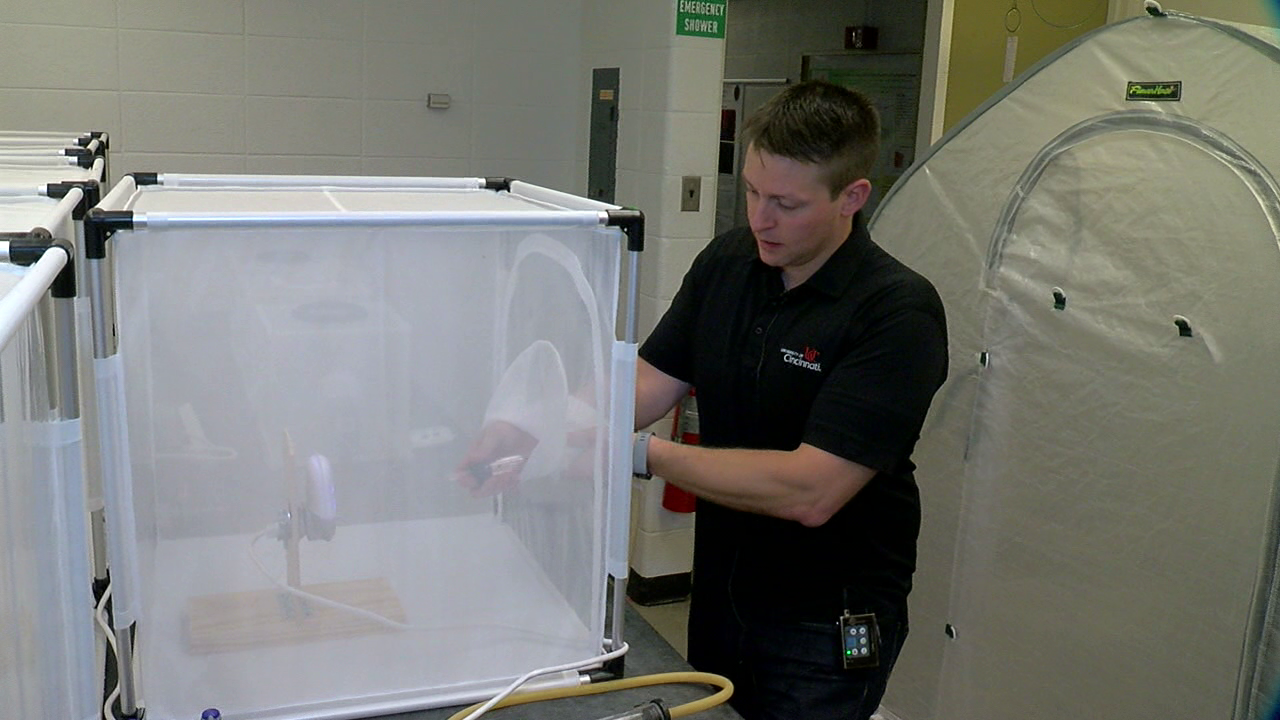 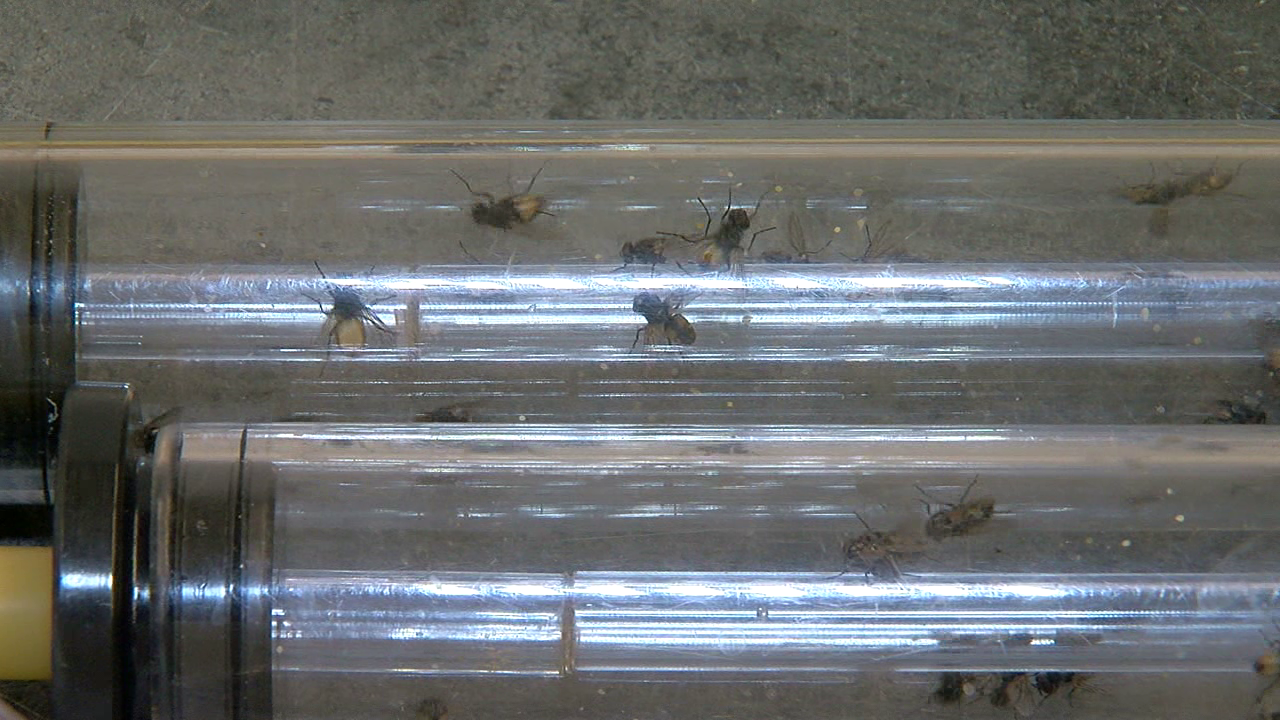 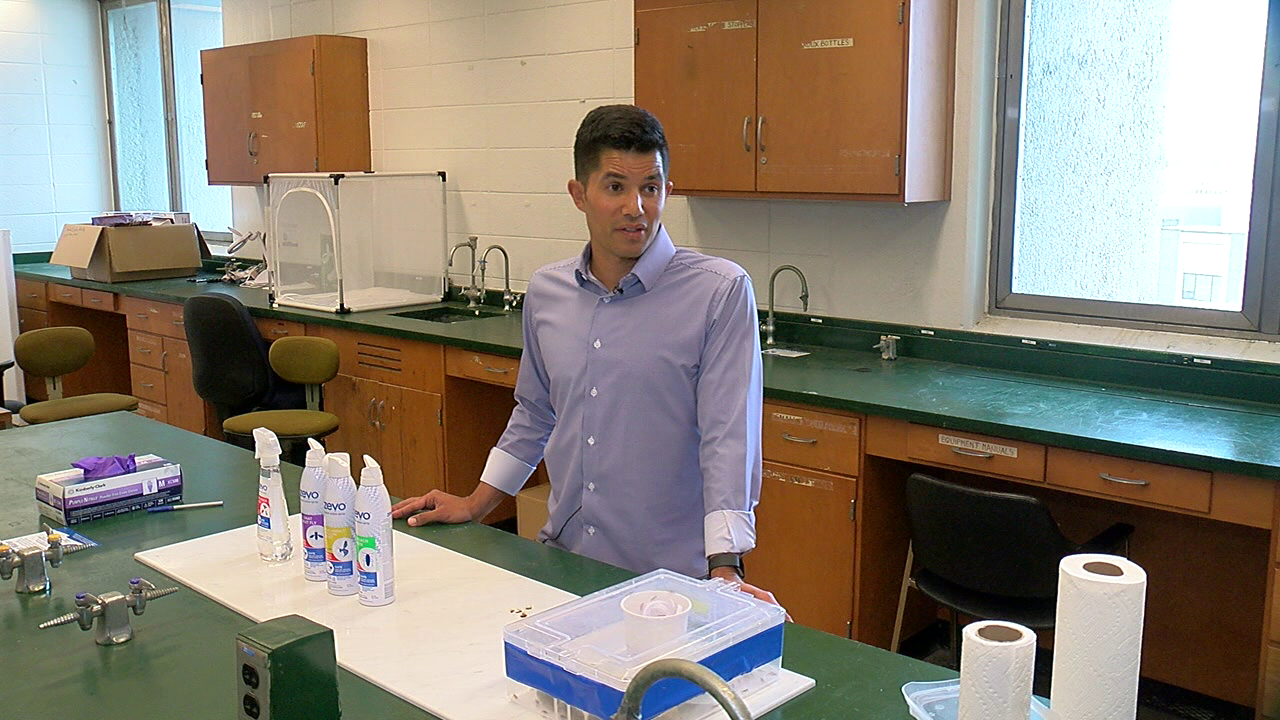 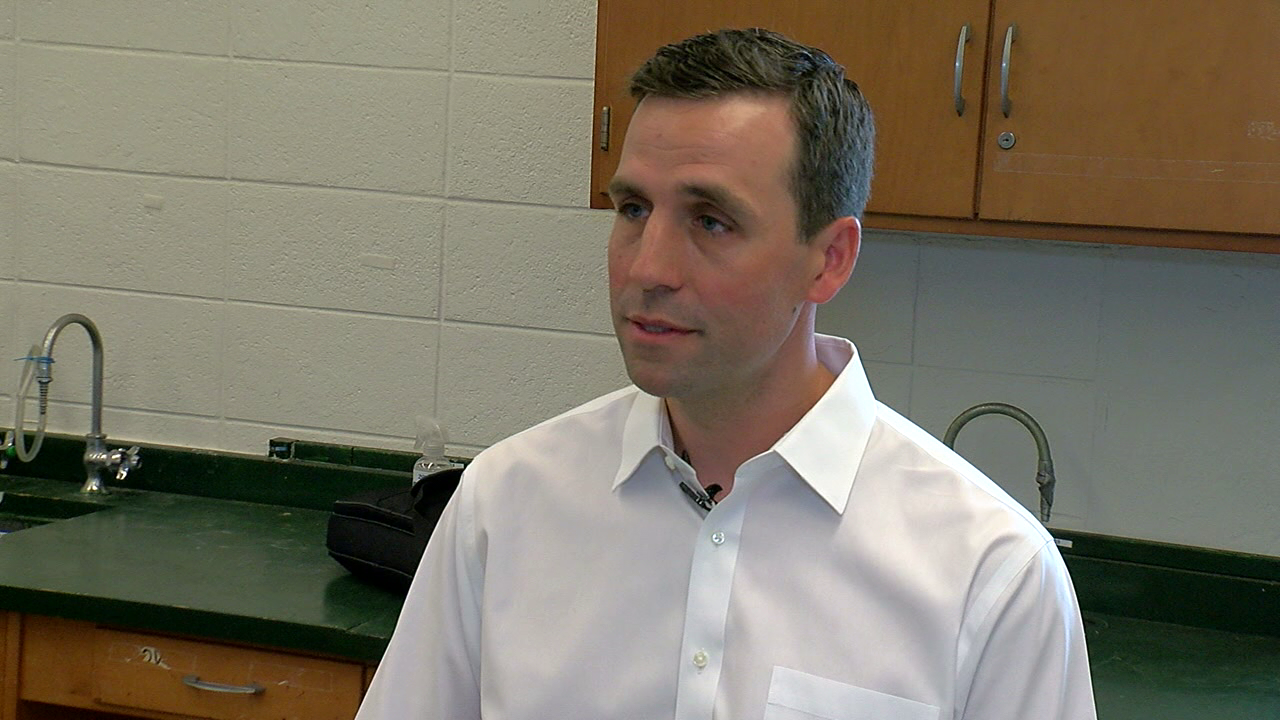 CINCINNATI — Procter & Gamble Co. will jump into the bug-killing business in a big way next month, rolling out its Zevo line of insect sprays and traps to 1,200 Target stores.

Zevo uses a combination of oils like geraniol and cinnamon oil to kill flying and crawling insects in a way that is less harmful to humans and pets than existing products. P&G tested the products at the University of Cincinnati before launching Zevo as a direct-to-consumer brand last year. It’s one of several ways P&G modified its traditional product-launch protocols to bring Zevo to store shelves more quickly.

"This is a category that we're just getting into now. So, we need access to people who have a good foundation in entomology and biological sciences," said John Scarchilli, head of R&D scientific communications at P&G Ventures. “Having test methods available locally has allowed us to quickly move from our first introduction of the traps to a second introduction and continue to improve the performance of those products.”

Zevo is competing in a $1.5 billion marketplace in which 90 percent of all products kill insects with chemical compounds that have been linked to neurological problems in humans and muscle weakness in dogs and cats. Researchers at Cincinnati Children’s Hospital Medical Center even documented a link between one commonly used pesticide and ADHD in children. Zevo’s formula comes from Envance Technologies, a North Carolina company that signed a joint development and licensing agreement with P&G in 2017.

"With Zevo, the technology within here is bio-targeted toward a specific receptor that's only active in bugs, not people or pets,” Scarchilli said. “That's the key difference that makes this both effective and safe.”

To measure Zevo’s effectiveness, P&G turned to Joshua Benoit, a University of Cincinnati assistant professor whose entymology lab in Crosley Tower has become a killing zone for flies, mosquitos, roaches and other pests.

"It's been a good partnership,” Benoit said after emptying a plastic tube holding 20 flies into desktop box with a Zevo bug trap mounted in the middle. The device uses heat and light to attract flies to its sticky interior, trapping them until they die.

"Some of the early versions, you might see one fly on them or two,” he said. “And so we're like, maybe this isn't the best trap. (So we tested) a lot of different designs. We changed the hole going in, the light intensity, whether or not there was heat, the stickiness of the trap."

The data-driven process was repeated more than a thousand times, consuming upwards of 2,000 flies per week, said Ben Hale, a senior researcher for P&G.

"We’ll get a whole crew of students in here and post-docs helping us," Hale said. "And so we'll come back the next day to collect and count the traps and then I go back and analyze all that data to see if we can have a statistically relevant boost in capture."

The experiments led to a revised trap that P&G began selling online in March 2018. At the same time, it was testing sprays on German cockroaches on another Crosley floor and filming the death scenes for advertising content.

“Last year, we used footage from demos shot here at UC to learn a lot about how to communicate the benefit of this brand to people,” Scarchilli said. “And that’s really informed our current marketing campaign that’s coming up live now.”

Zevo brand manager Mike Droessler said the campaign is based on knowledge gained in an extensive “test and learn” campaign on Facebook, Instagram and other social media.

“We did thousands of different ads last year on Facebook, very different than how other P&G brands go to market,” he said. “What we’ve learned is people find bugs very interesting … The more we’ve tested using actual bugs the more people seem to be interested and engaged.”

Zevo’s brand manager since last May, Droessler is a nine-year P&G veteran who previously worked on Tide and Gain brands. He thinks he won the job because of his experience in direct-to-consumer marketing. When he was in college, Droessler founded his own startup, Sloan Men LLC, which continues to sell V-neck T-Shirts in various skin-tone colors to men who don’t like their undershirts visible beneath their dress shirts.

Droessler is combining knowledge he gained from that startup with digital skills he learned at P&G. He hopes both will enable all P&G brands to better compete with smaller, nimble brands now popping up in all consumer product segments where P&G competes.

“We’re learning more externally and hopefully being a guide to P&G,” Droessler said. “Going into market via a test-and-learn mentality (starting in) 1,200 Targets, a limited number of Home Depots, seeing how we do there. Test and learn until you get it ready. And then be very, very confident with your communication and distribution plan for a large-scale launch.”

What this will mean for Zevo’s long-term success remains to be seen. Its insect trap starter kit, which sells for $16.99 online, will compete against dozens of products that sell for less than $10. Its 10-ounce ant, roach and spider spray sells for $6.99, more than three times it cheapest rivals.

The technology itself has some limits. On its frequently asked questions page, for example, P&G cautions customers that the oil-based product is flammable and might stain surfaces when sprayed:

In addition, Zevo sprays are intended for killing bugs when you see one. Other products leave a residue behind that continue to kill insects roaming the home when no humans are in the room.

Zevo’s “directions say to wipe up after use,” Scarchilli said. “We haven’t seen or heard of this limiting appeal. Rather, we tend to get comments from users say how nice is to have an effective product they feel great about using around the home.”

Droessler agrees that the product is finding its niche in the same way natural alternatives are attracting consumers worried about chemical irritants in soaps, detergents, cosmetics and shampoo.

"Our target consumer would be eco-focused consumers who want to make better decisions about bringing chemicals in their home,” Droessler said. “Moms who have young kids and pet owners seem to be doing very, very well for us."