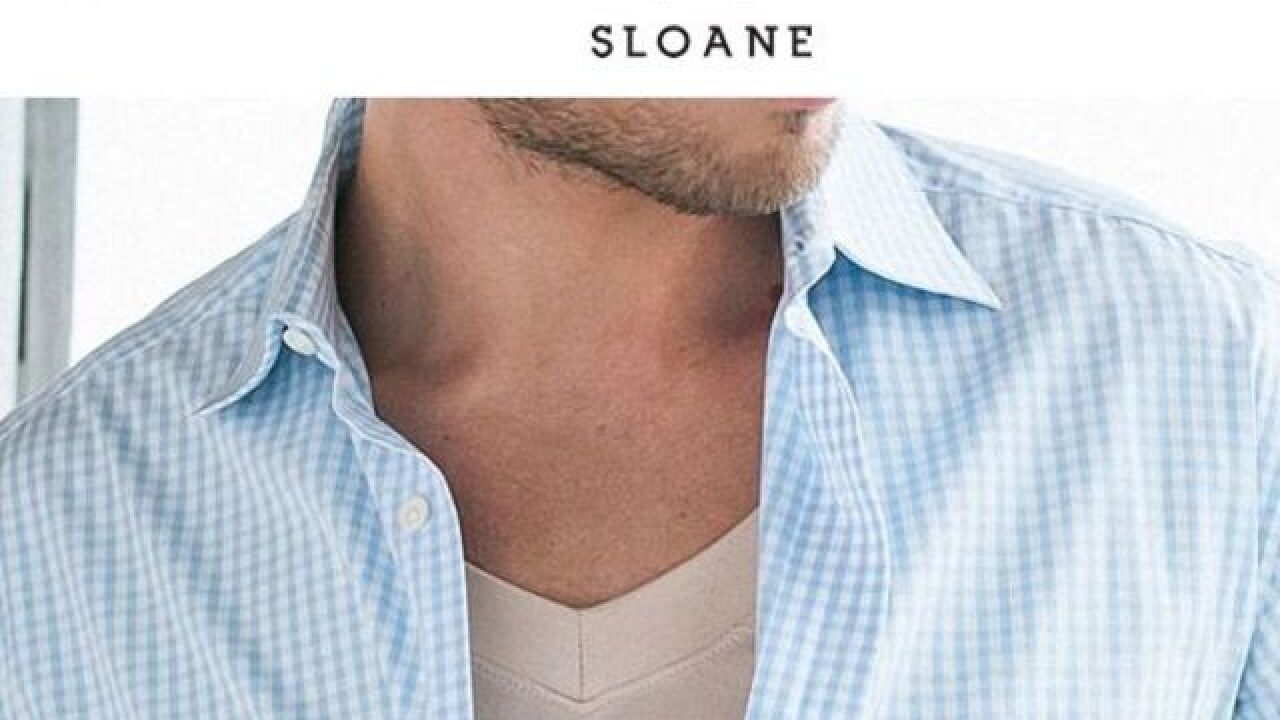 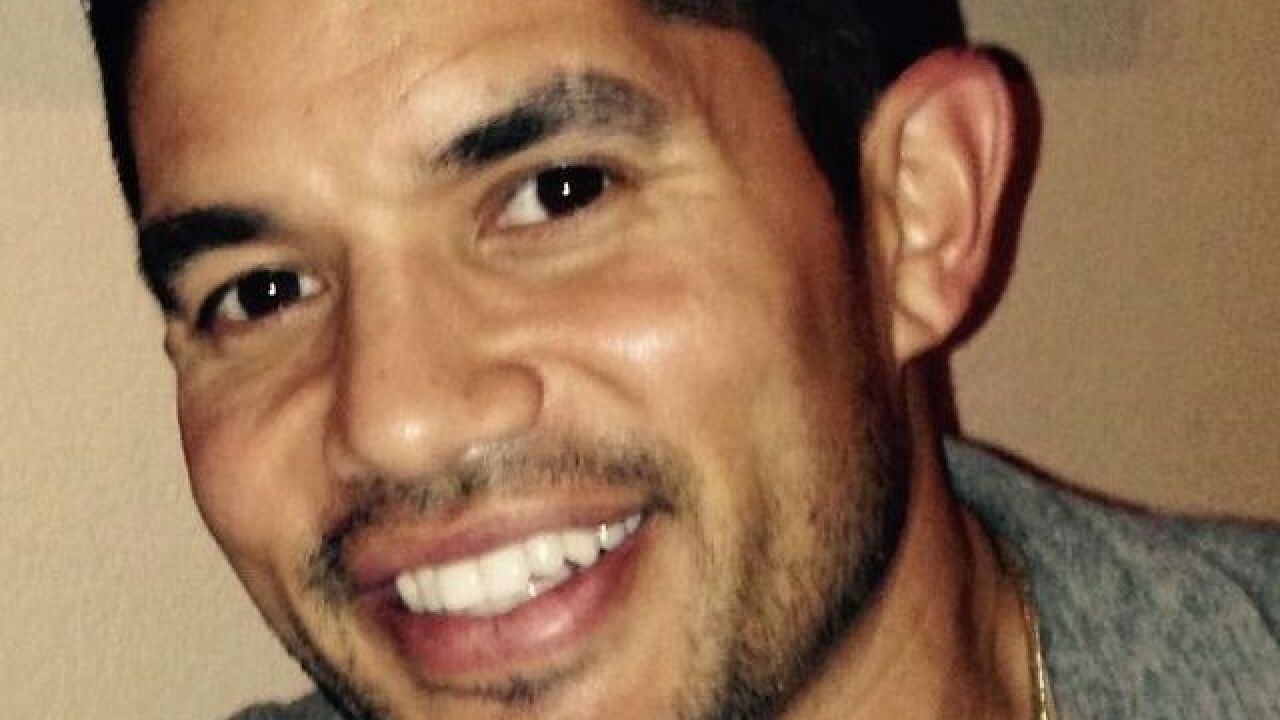 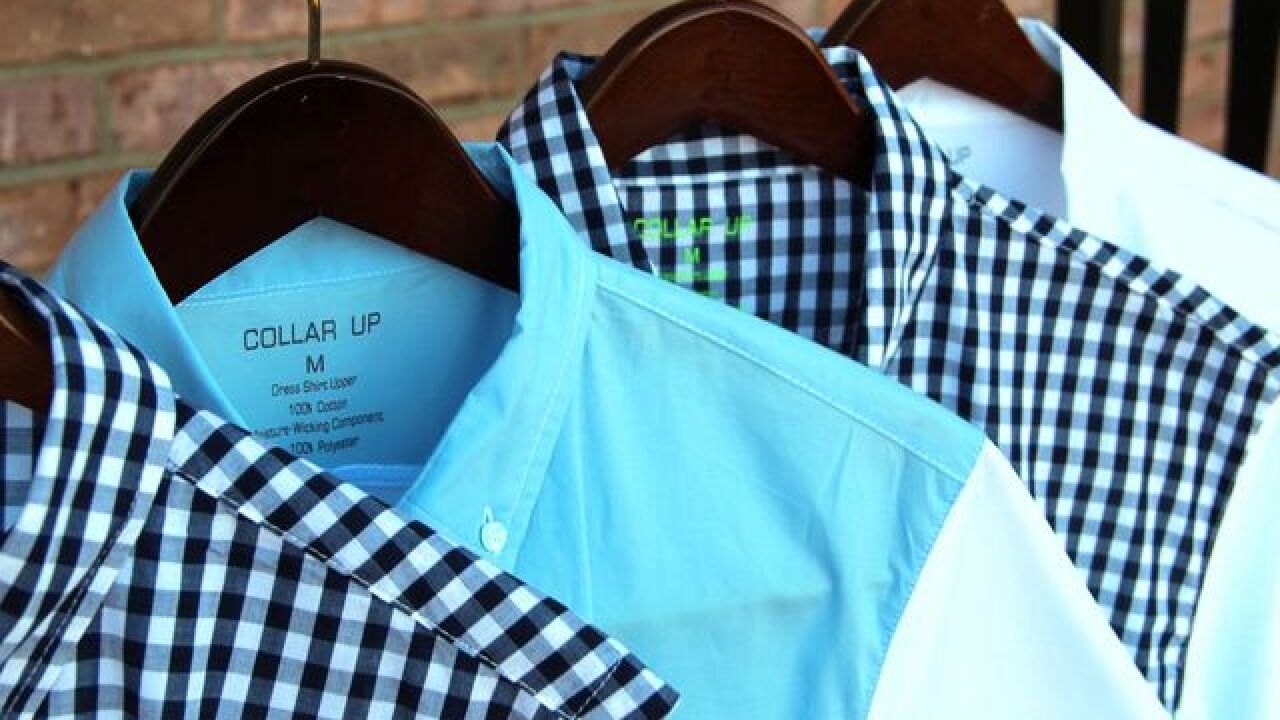 Editor's note about Eureka Moments: This is part of a continuing series of stories and columns about local innovations having an impact on the Tri-State.

CINCINNATI — If necessity is the mother of invention, frustration is at least an aunt or uncle.

“I threw a temper tantrum, basically,” said Bob Dilts, a Northern Kentucky real estate attorney and founder of Collar Up LLC. “I was in my office on a winter morning, extremely uncomfortable.”

The problem was the shirt under his sweater. It kept bunching up at the waist and at the wrist, too many layers, too much back sweat. The end result is a modern version of the dickey: a T-Shirt that has a shirt collar on top.

Dilts and two partners spent two years refining prototypes. They launched four versions of the shirt two weeks ago at prices ranging from $38 to $42.

“Some people want to be entrepreneurs because it’s trendy,” said Vance VanDrake, a local patent attorney who helps inventors build companies around their ideas. “The thing that works better is when somebody encounters a problem. They try really hard to find the solution and it doesn’t exist.”

That’s what happened with Michael Droessler, a Procter & Gamble Co. brand manager who is the co-inventor of “the invisible undershirt,” a V-neck T-Shirt that matches skin tones so its outline can’t be seen beneath dress shirts.

Droessler started the apparel brand, Sloane Men LLC, to market the shirts online. His partners in the venture are two friends from Oregon, Danielle and Jason Gonzales. She works from home. He's a Nike executive.

“They’re doing really well, getting ready to do some more formal fundraising,” VanDrake said. “They’re trying to determine how to take it to the next level.”

Droessler said the idea dates back to his business school days at the University of Southern California. They started with a $29,000 Kickstarter campaign and grew it to about $77,000 in revenue by the time Droessler appeared on CNBC’s reality show, West Texas Investors Club, last September.

He sought a $300,000 investment in exchange for 30 percent of the company. But he couldn’t close the deal because the Texas-millionaire stars of the show demanded that he quit his P&G job to run the company full time. Now, he’s trying to raise at least $200,000 for a marketing campaign aimed at boosting revenue to $500,000.

“If we can prove that advertising can grow sales,” he said, “we can take it bigger. Right now, we’re a little too small, a little too unproven.”

The companies founded by Dilts and Droessler share the common origin of problem solving. But that doesn’t explain how companies were born.  For that, you need to understand the psyche of the startup.

'It's All Because of You'

“It’s the opportunity to hit a home run, not the home run itself that drives the entrepreneur,” said Bill Cunningham, a serial entrepreneur who now runs the corporate training program at SugarCreek Packing Co.

“I think it’s the thrill,” he said. “It is fun. It’s exciting. It’s energizing. It feeds your inner ego versus just going to your day job. You may love your day job. But there’s something about the excitement of creating value where there wasn’t any before, and it’s all because of you.”

Cunningham has been involved in several startups since 2000 and ran the entrepreneurial programs at Xavier University and Northern Kentucky University for a combined seven years.

Both Cunningham and VanDrake said apparel designers can have a hard time raising capital and getting access to store shelves. But clothing companies carry less risk than software or biotech companies, which tend to be all-or-nothing ventures that burn lots of cash while an idea is developed.

VanDrake has represented six to eight apparel companies over the years and estimates 75 percent are still in business. The longer they last, the more chance they have of catching fire.

"The odds are always against you, but if you’ve got a unique product that you think you can get to market, the passion and perseverance is what’s going to make it happen,” Cunningham said. “A crazy idea is a crazy idea —until it’s not.”

The Collar Up Experience

For Dilts, that crazy idea emerged in the winter of 2014. He was fidgeting at his desk, in the middle of his wardrobe malfunction.

Dilts explained how the shirt under the sweater was making him uncomfortable.

“She said, ‘I know exactly what you’re talking about. I’ll go out and buy blouses and cut the sleeves off,'" Dilts said.

Larger connected Dilts to a friend, Gail Spence. Together, the trio developed shirt styles, found a manufacturer, ordered 15,000 shirts and set up a Shopify account to sell the shirts online.

“We probably went through about six rounds of prototypes,” said Dilts, who is the husband of WCPO’s Good Morning Tri-State Anchor Kathrine Nero. “We’re pretty patient about things because we all have a job.”

But the Collar Up team is no less determined as moonlighters. Dilts is hoping to market the shirts at trade shows and college campuses. If the idea catches on, he’ll pitch retailers about finding shelf space for the idea. In the meantime, he’s enjoying the journey.

“It’s insanely fun,” Dilts said. “The sense of camaraderie is a big part of it. I enjoy working with these two people. It took way longer than the three of us expected. But the degree of enjoyment, the level of fun so far surpasses the frustrations. It’s just been a blast.”