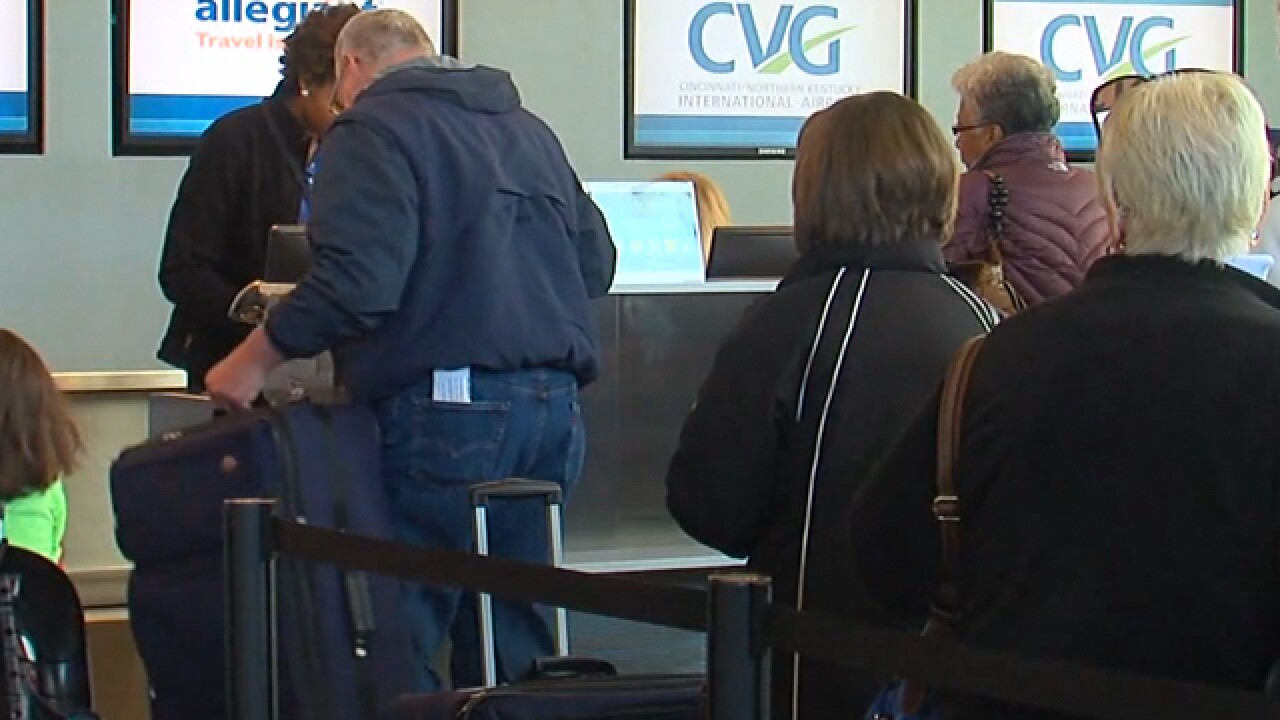 Copyright 2018 Scripps Media, Inc. All rights reserved. This material may not be published, broadcast, rewritten, or redistributed.
<p>Travelers checking in at CVG</p>

Airport officials anticipated their record-breaking month before May had even ended. CVG was already coming off its best April in 18 years in terms of origin and destination, or "O&D," traffic. That's a measure for passengers who begin or end their trip here.

The airport's been on a boom over the past few years, adding new discount airlines and destinations. That includes WOW Air, an Icelandic airline with cheap flights to Europe.

But Bobby Spann, CVG's vice president of external affairs, told WCPO there's also another factor at play: The airport has seen a schedule shift from airlines -- namely, Delta and Allegiant -- which is increasing seat capacity.

Allegiant is adding seats on Tuesdays, a day typically slow for leisure travel; and Delta is adding capacity on Saturdays.

Aside from WOW, the airport also added Cozumel and Grand Bahama Island to its international destinations in May.

CVG now has the cheapest average airfare in the region, according to new data the U.S. Department of Transportation released earlier this year.

Cargo traffic also has been growing at CVG, now ranking as the eighth-largest cargo airport in North America. In May, cargo tonnage grew by more than 22 percent with 108,109 tons; the second highest volume in a single month ever recorded at CVG.