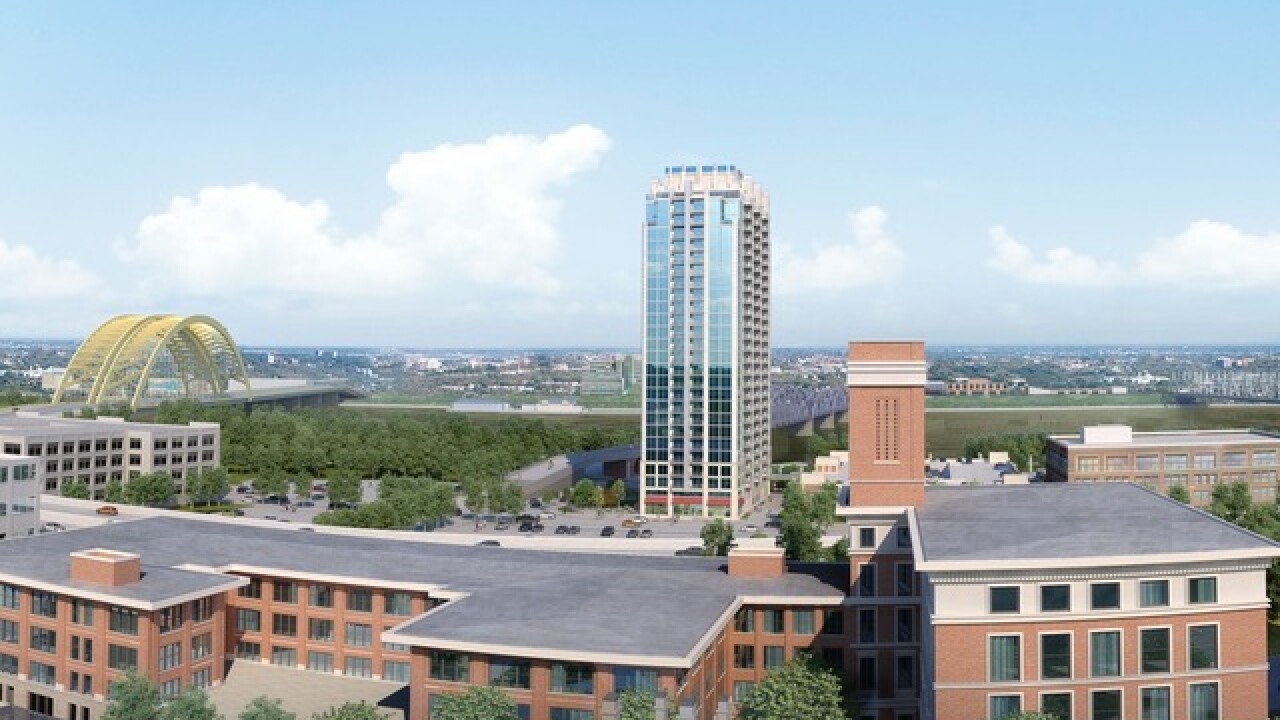 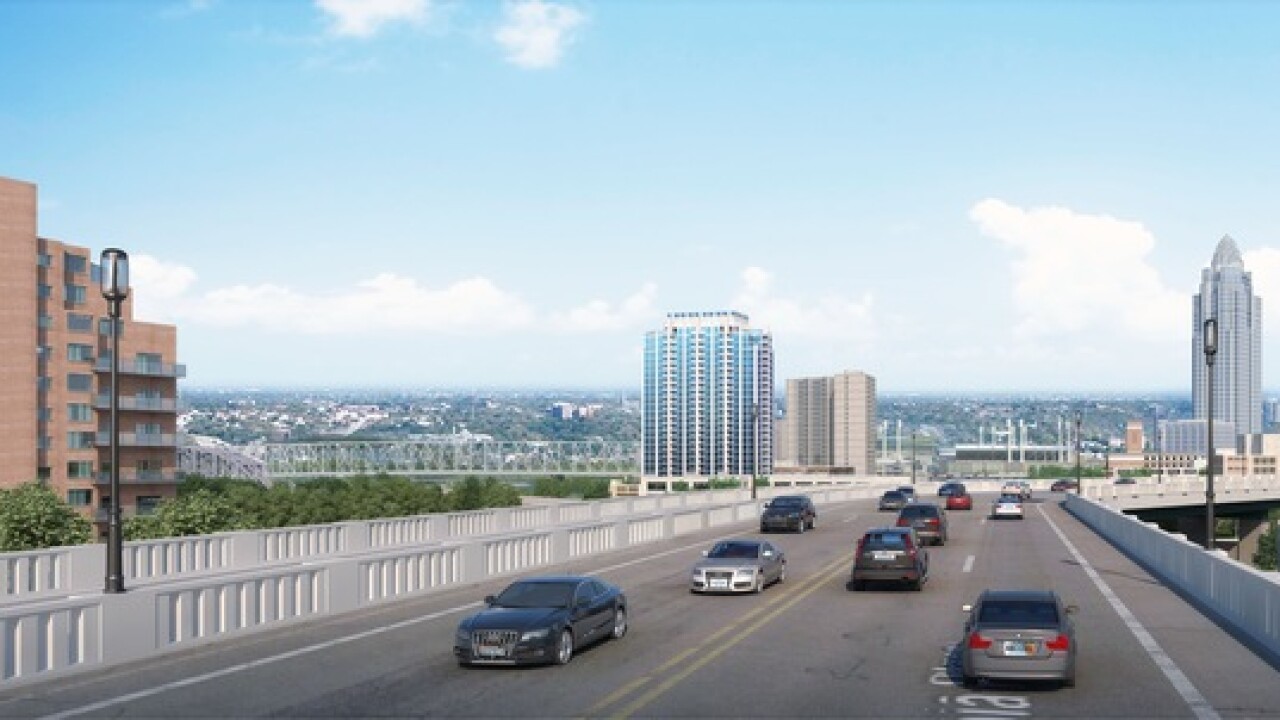 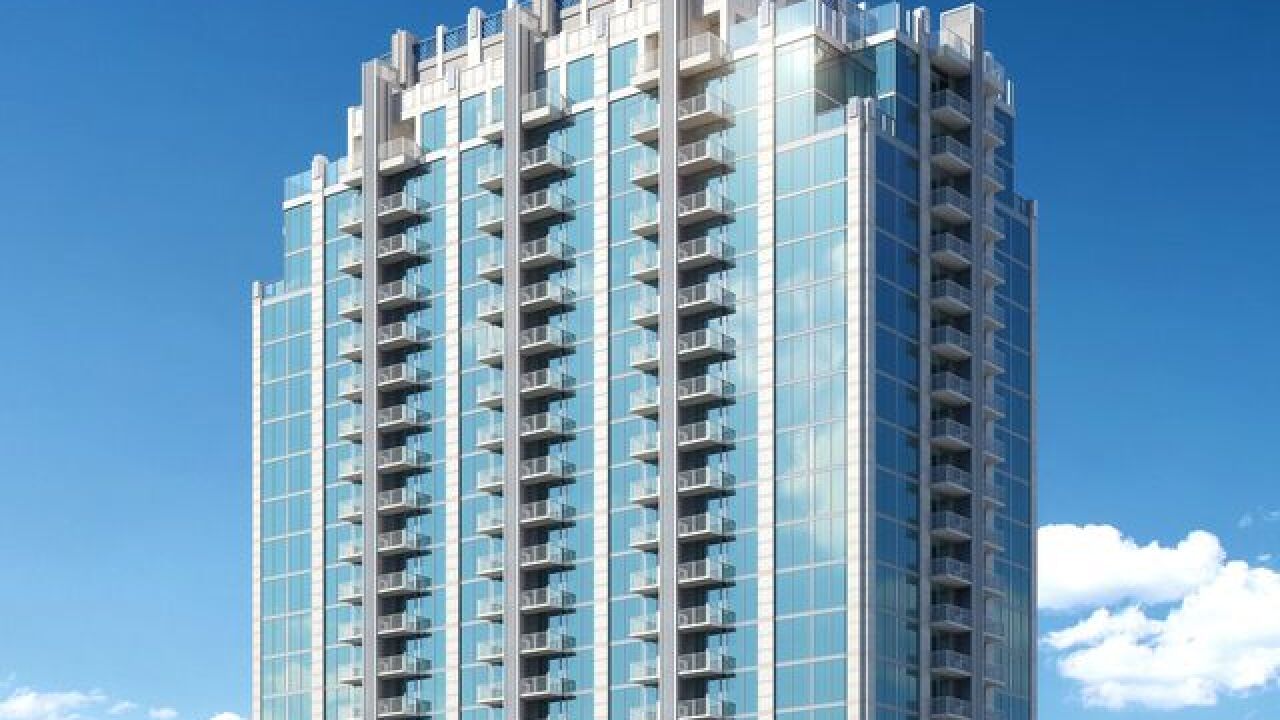 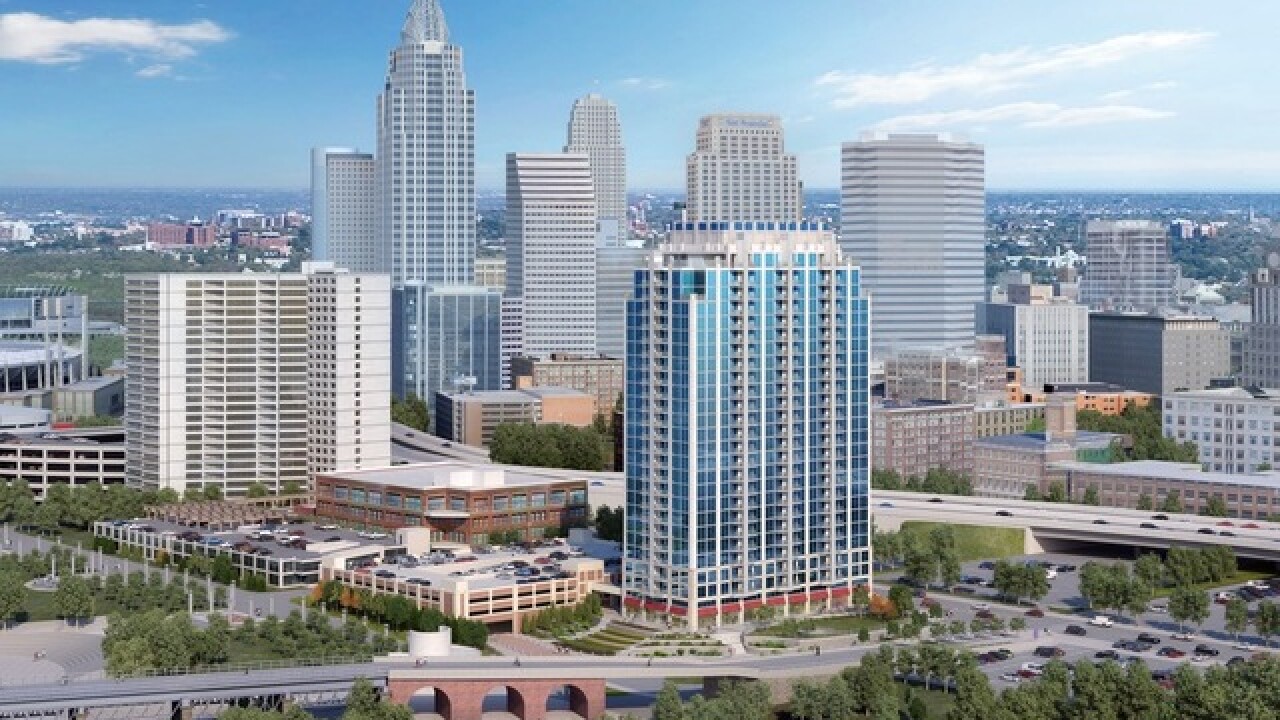 The project was first proposed as a $90 million development in March 2016 by Atlanta-based developer Novare Group. It partnered with the Gregory family, which owns Montgomery Inn, to develop the 2.8 acre site at the north end of the Purple People Bridge at 601 E. Pete Rose Way.

The project, stalled by rising costs and financing problems, made a comeback in recent weeks, and was approved unanimously by City Council’s budget and finance committee Wednesday.

Plans call for 352 apartment units and 504-car garage. It will be financed in part by a tax-increment financing agreement, or TIF, worth $1.6 million a year for 30 years to the developer. TIF agreements allow property tax created by new construction to flow back to the project that creates the new real estate value.

In exchange for that tax break, Novare Group agreed early Wednesday morning to repay the city a share of its profits if the building is sold within 10 years.

“The developer is agreeing to pay at sale basically about $2 million, based on how the formula works,” attorney Tom Gabelman told City Council Wednesday.

City Manager Harry Black said the profit-sharing arrangement was "precedent setting" because it is not a rebate of direct city subsidies. Instead, it's a sharing of future tax revenue that would only be created if the project gets built.

"We will be doing this in all our deals moving forward," Black said.

The Skyhouse project is projected to create 500 jobs during construction and generate $26 million over 30 years in city earnings taxes from the roughly 500 residents who live there.