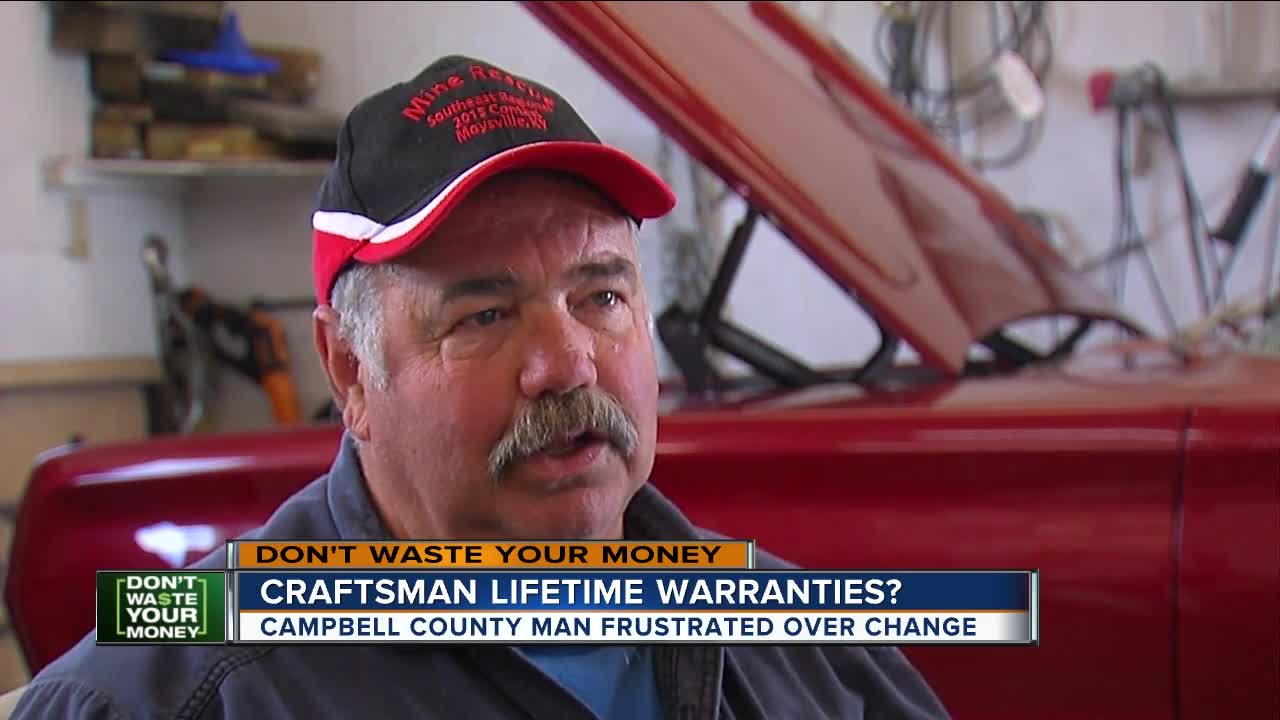 The short answer: Yes, but you might have trouble collecting if there isn't a Sears near you.

Woodworkers, mechanics and crafts people have loved Craftsman tools for years, because of their lifetime warranty. If one broke, you could just return it and get a new one free

But one Campbell County, Kentucky man says it's not so easy anymore.

Gary Galloway loves working on old cars, like the 1967 Plymouth with a 440 V8 under the hood he was tinkering with this sunny afternoon.

His tool of choice: Craftsman, because of its lifetime replacement warranty if they ever fail.

"You could walk into Sears, and pretty much lay it on the counter and they would give you a tool comparable or just exactly like that," he said.

So when his socket wrench recently broke, he didn't worry about his local sears in Florence, Kentucky, having recently closed.

He knew that his nearby Lowe's now sells Craftsman.

"With Lowe's coming on board with Craftsman, I felt relief that I could get a tool replaced if they were to break," Galloway said.

But he says he got some bad news at the nearby Maysville, Kentucky Lowe's store.

"I said these are tools I got at Sears, and he told me that Lowe's could not replace any tool that was not sold at the Lowe's store."

So they are not interchangeable.

However it says you must return it to a "stocking retail partner," which is confusing since Lowe's' does not stock identical Sears tools.

So we called the Lowe's store manager, who told us if they don't have the same model, they are telling people to call Craftsman customer service.

Galloway's going to try that that now, because the other option is not something he has time to do, even in a fast old Plymouth GTX.

"You have a drive an hour to get a tool replaced," he said.

A Lowe's Corporate Communications spokeswoman, Maureen Wallace, told us Lowe's stores should honor the Craftsman Lifetime warranty "if we have the product." But due to differences between Sears and Lowe's tools that may not always be possible. (See full statement below)

But the bottom line is if your tool breaks, you may want to call Craftsman customer service first at 888-331-4569, if you don't have a Sears nearby, because you may not always be able to get a replacement at Lowe's.

"we will honor all lifetime warranties no matter where the CRAFTSMAN hand tool was purchased. We ask that customers bring in the item, and we’ll replace it if we have the product. If we do not have the product, customers can call the Customer Care Hotline (883-331-4569)."
Maureen Wallace, Lowe's