Walmart shopper asks 'Where are all the cashiers?'

Claims only self-checkout lanes were open 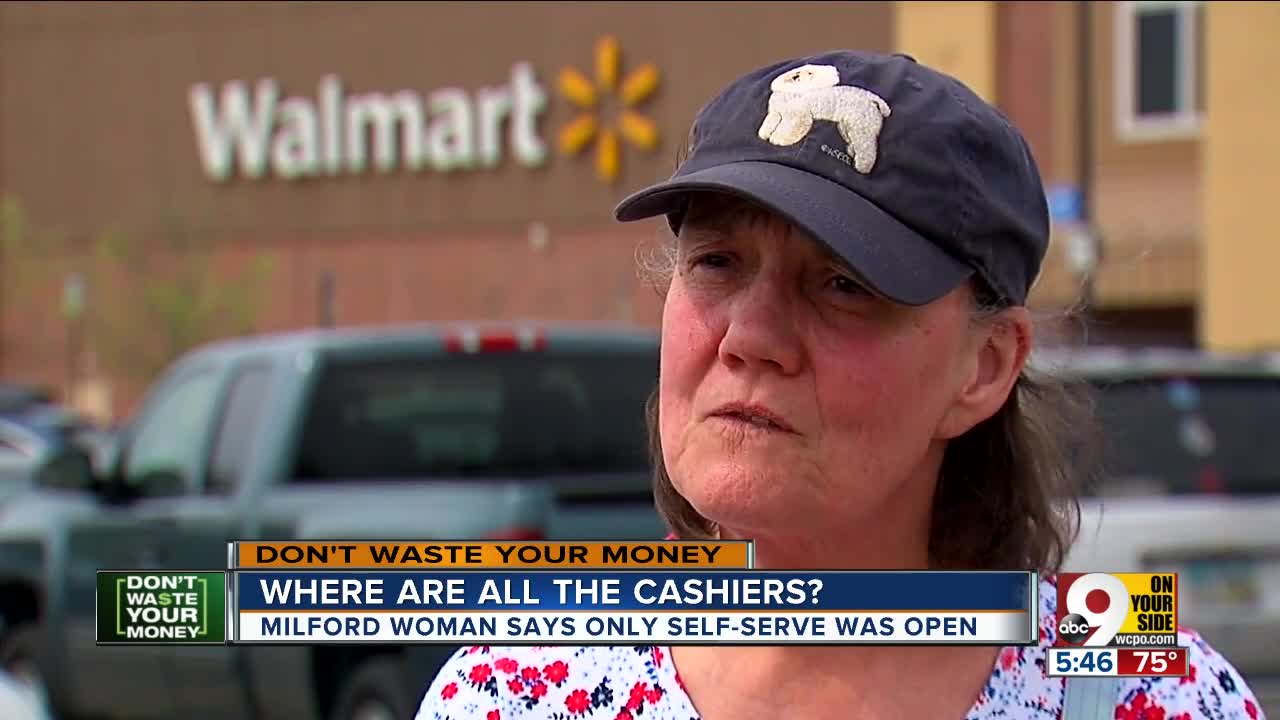 Retail robot revolution? Corporate cost-cutting? All of the above? John Matarese tries to solve the mystery of why there are never any carbon-based cashiers at your local big box store.

If you got the feeling some big stores have fewer human cashiers these days, you might be correct.

One woman says her local Walmart store had no live cashiers when she stopped in the other day.

Peggy Werner says she ran in and grabbed a few items at her local Walmart, the Milford, Ohio Supercenter. There was nothing super about the checkout experience, she says.

"I went to check out and I went up and down the lanes looking for an open light," she said, "and there wasn't anybody there."

Werner says she flagged down an employee.

"I said, 'How am I supposed to check out?' She said, 'Everybody has to check out in self-check.'"

Why no live cashiers?

However, when we checked two days later at a similar time in the late morning, we found two cashiers were indeed working (out of 17 checkout lanes in the store).

A manager told us what happened was just a temporary staffing issue, not a major change.

Still, you'll find many complaints on Yelp and Reddit about Walmart stores with just one open cashier.

However, Walmart is hardly the only store cutting back on cashiers these days. Target was one of the last major chains to incorporate self-scanning lanes, but now they are adding more and more.

We checked the Target just down the Milford Parkway and found three cashiers open.

Forbes magazine says fewer cashiers is a trend that is not slowing. It says Walmart is experimenting with cashier-less Sam's Club stores right now, and the new Amazon Go convenience stores popping up in some urban areas are fully automated with no cashier in the store.

Werner says she sees older and disabled people not yet ready to embrace this change.

"Some little lady followed me," Werner said. "And you could just see the fear on her face, and I said, 'Have you ever checked out this way before?' And she said no."

We have emailed Walmart corporate to see what their official cashier policy is and will follow up when we hear back from them.

Werner just hopes all stores keep a human checkout lane for a long time to come.