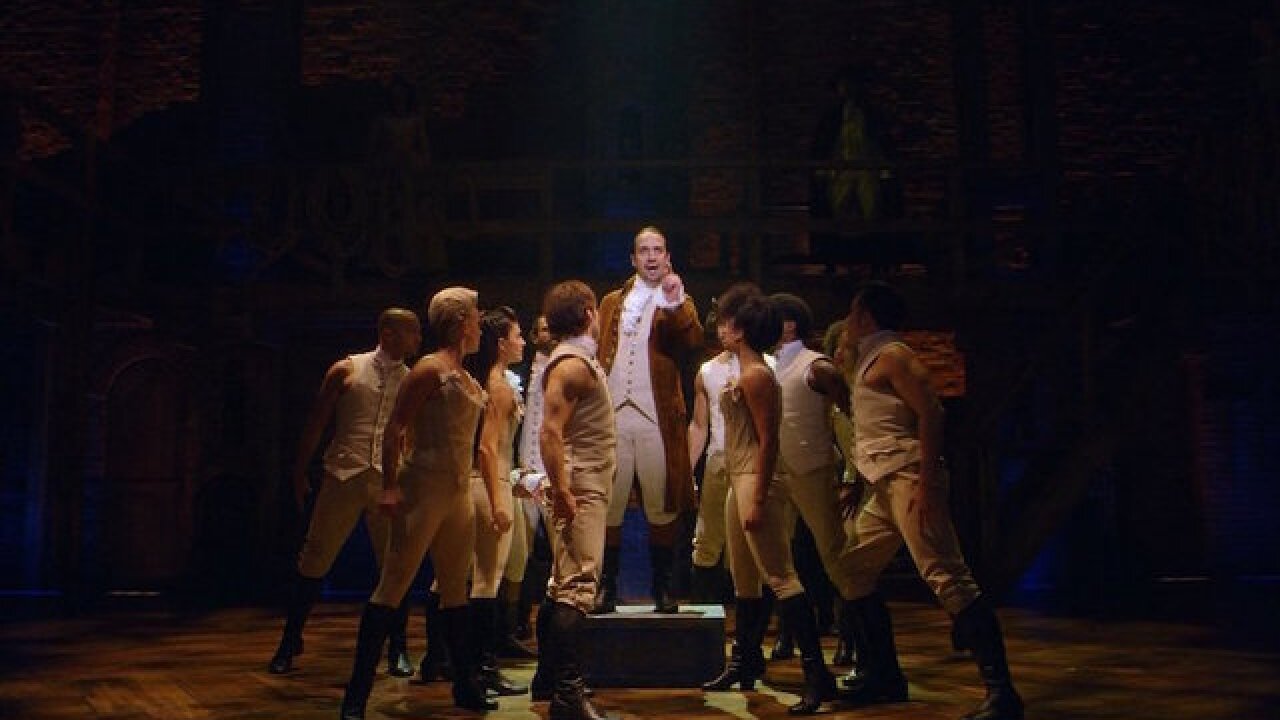 © 2017 Cable News Network, Inc.
Radical Media
<p>"Hamilton," is a hip-hop retelling of America's first treasury secretary Alexander Hamilton, has been both a cultural and financial phenomenon since opening on Broadway in the summer of 2015.</p>

It's the most anticipated Broadway show in the history of Broadway tickets. But it appears Cincinnati theater lovers will have to wait until this fall buy tickets.

Minneapolis and Boston have just announced the start of tickets sales for their upcoming Hamilton runs.  The show opens In Minneapolis August 29th, and then moves to Boston September 22nd.  Individual tickets for both cities start in late June.

In Cleveland, where Hamilton opens in mid July (lucky them), tickets went on sale in mid-April.

When can Cincinnati fans buy tickets?

Cincinnati's Aronoff Center will have Hamilton February 19th to March 10th of next year. Based on other cities, single seat tickets would go on sale in mid-November of this year.

Note that season ticket holders have first dibs on tickets, though those tickets have not been released yet either.

"We are not sure when that information will be ready to be released," Truitt said.

Many third party ticket sites, however, are already selling Hamilton tickets for the Aronoff Center in Cincinnati.

Huh? How can they do this?  They are selling seats "on spec," in the hopes they get the seats later this fall. They do not yet have any real tickets for sale, however, so you may want to be very cautious shopping for them now.

If you really want to get your hands on Hamilton tickets, check Ticketmaster's resale site, StubHub or VividSeats for tickets to either Chicago or Cleveland performances. (Original tickets are all sold out.)

In Chicago, balcony seats are starting around $150 from third party sellers, while tickets for Cleveland shows (which start in July) start around $350 due to higher demand. Orchestra seats in Cleveland are running well over $1,000 in the resale market.