Toy store wars: Who will get Toys 'R' Us shoppers? 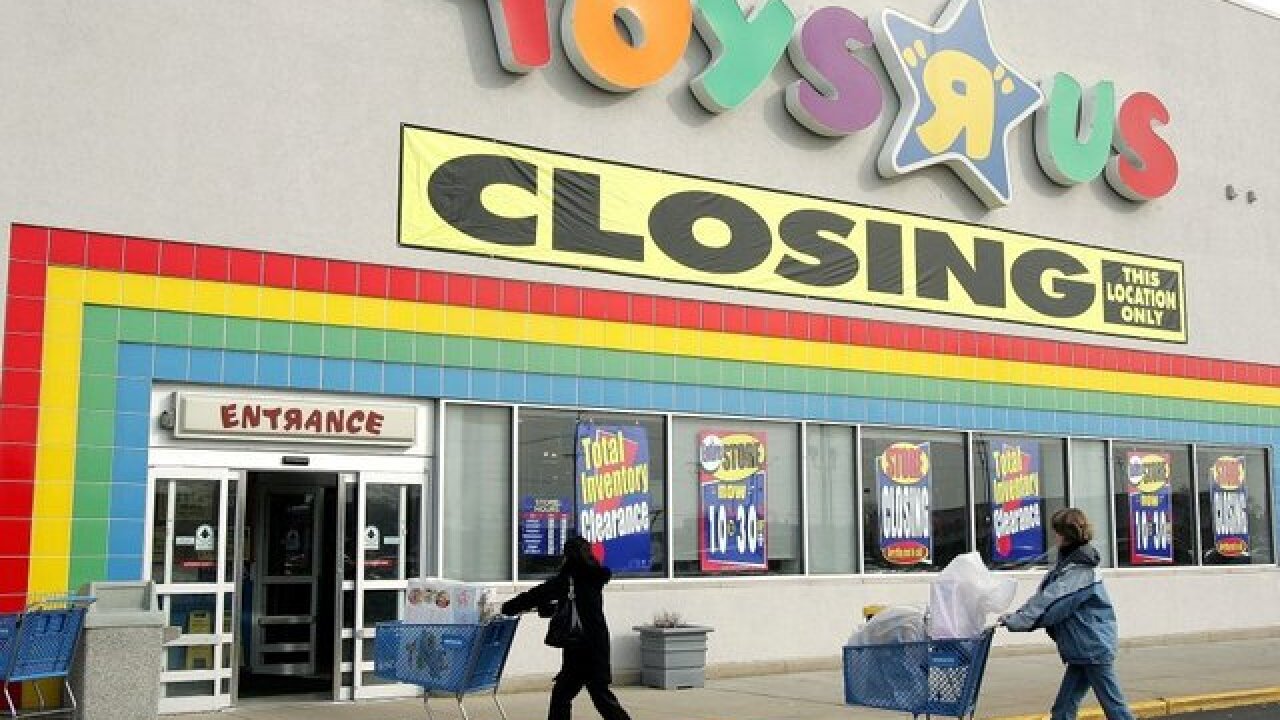 News that Toys 'R' Us may be planning a comeback has parents of young children everywhere thrilled.

Could Geoffrey and company be returning? Possibly.

Unfortunately, even if the brand reopens some stores in 2019, that doesn't help things this holiday season, as there will be no comeback this year.

For parents, the toy store of their youth is now gone, and there is no longer one big-box store to fulfill all their kids toy, bicycle and video game wish lists.

Cathy Held, of Newport, said there aren't stores devoted to toys anymore. "We have no big toy stores," Held said. "There's no Toys 'R' Us, or Johnny's Toy Store anymore."

Held was shopping at Target for some early Christmas gifts.

Samantha Rodriquez and her daughter, Audrianna, also browsing the Target toy department, were both lamenting the loss of Toys 'R' Us.

"We used to shop there all the time," Rodriquez said. "They had so much variety. It's hard to find that variety in one store anymore."

The battle is on

Retailers have their eyes on toy shoppers like them, and they know this is the season to grab them. Sure, no single store can replace the wide selection of Toys 'R' Us, but they can grab its shoppers and hope to make them regular customers.

A newly-released survey by research firm Gordon Haskell found that since the toy chain's closing, the brick-and-mortar stores capturing most Toys 'R' Us shoppers are:

Walmart, which already was the closest brick-and-mortar competitor to Toys 'R' Us, is expanding its toy selection by 30 percent in stores this holiday season.

"We are making bigger investments in the category to ensure we have a wide selection," Walmart's Vice President of Toys, Anne Marie Kehoe, said in a statement.

Target is gearing up for a fight as well. Its stores are also adding extra toy aisles. (Though it won't say how many more.)

One thing shoppers might notice is that Target is getting more large toys this year that they have never carried in-store before, such as Peg Perego ride-on Jeeps and Barbie cars. Until now, those $200 and up vehicles were pretty much exclusive to Toys 'R' Us, but now other retailers want a piece of that profitable line of toys.

JC Penney has added toy shops in their stores in recent months, according to The Motley Fool. And the Fool says Kohl's has made a major investment by adding Lego and FAO Schwarz toys to their stores this year.

Some downsides to the expansion

But some of the expansion of toy departments comes with a downside.

Kohl's, until this past August, offered store-wide discounts with its frequent coupons, and savvy shoppers could get 25 percent off any toy with a Kohl's coupon.

Not anymore. As part of Kohl's agreement with Lego and FAO Schwarz, it is not allowed mass markdowns on these premium brands for competitive reasons, according to the shopping site Hip2Save.com.

Ashley Fuller, who shops at the Florence Kohl's, has already noticed the coupon change.

"Now it's no toys," Fuller said. "Now it's just clothing, accessories, stuff like that."

And that leads to the biggest question: As stores expand their toy selection, who will have the lowest prices?

The best toy store is...

Walmart traditionally had priced toys slightly below Toys 'R' Us and Target, but no chain wants to lose shoppers because their prices are too high. So we won't know which store has the lowest prices until the dust settles later this holiday season.

In addition, they are all battling the 800-pound gorilla: Amazon. The online retailer also sees this as a great opportunity to pick up toy shoppers.

Among them: King Arthur's Court in Oakley, Coolest Toys on Earth in Mariemont and Milford, Happen's Toy Lab in Northside and Stoney's Village Toy Shoppe  in Covington.

Samantha Rodriguez admits she will miss Toys 'R' Us. But now, it's game on among other toy retailers, and she said she can't wait to see which store wants her business the most.