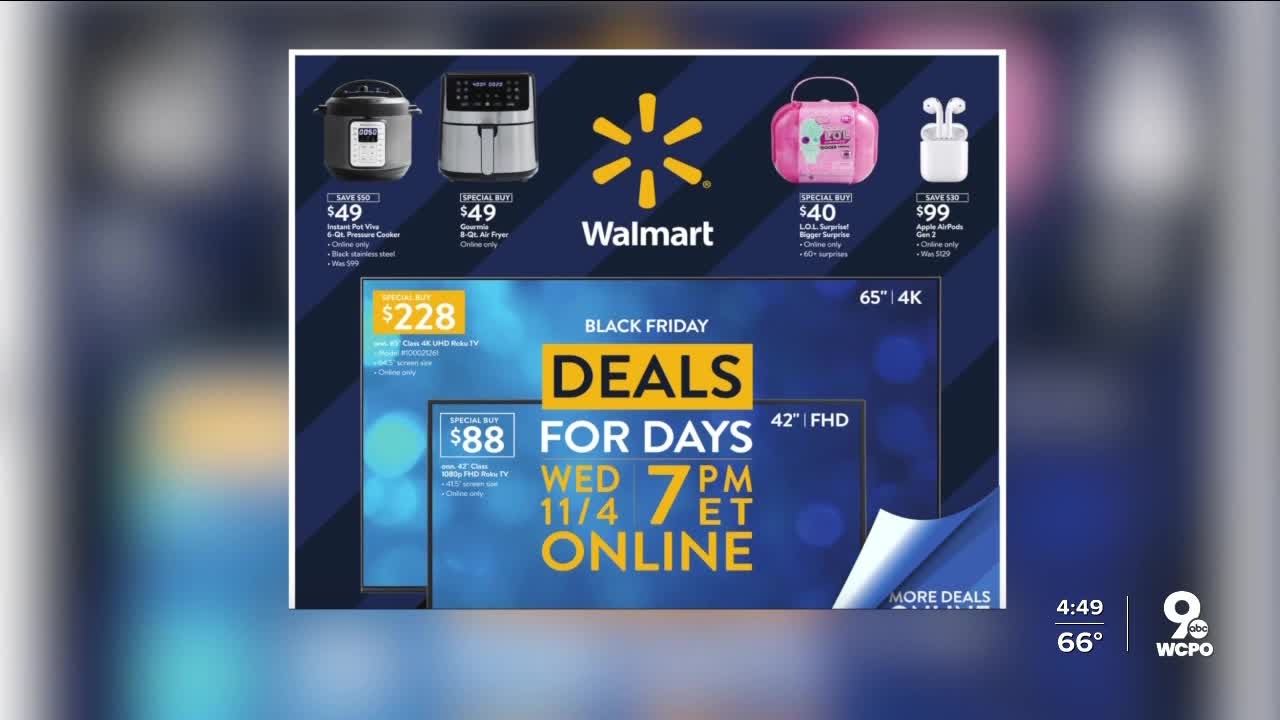 The first big Black Friday ad is out and it’s from Walmart this year! But the sale will be very different than any past Black Friday, and it will actually start in just two weeks. 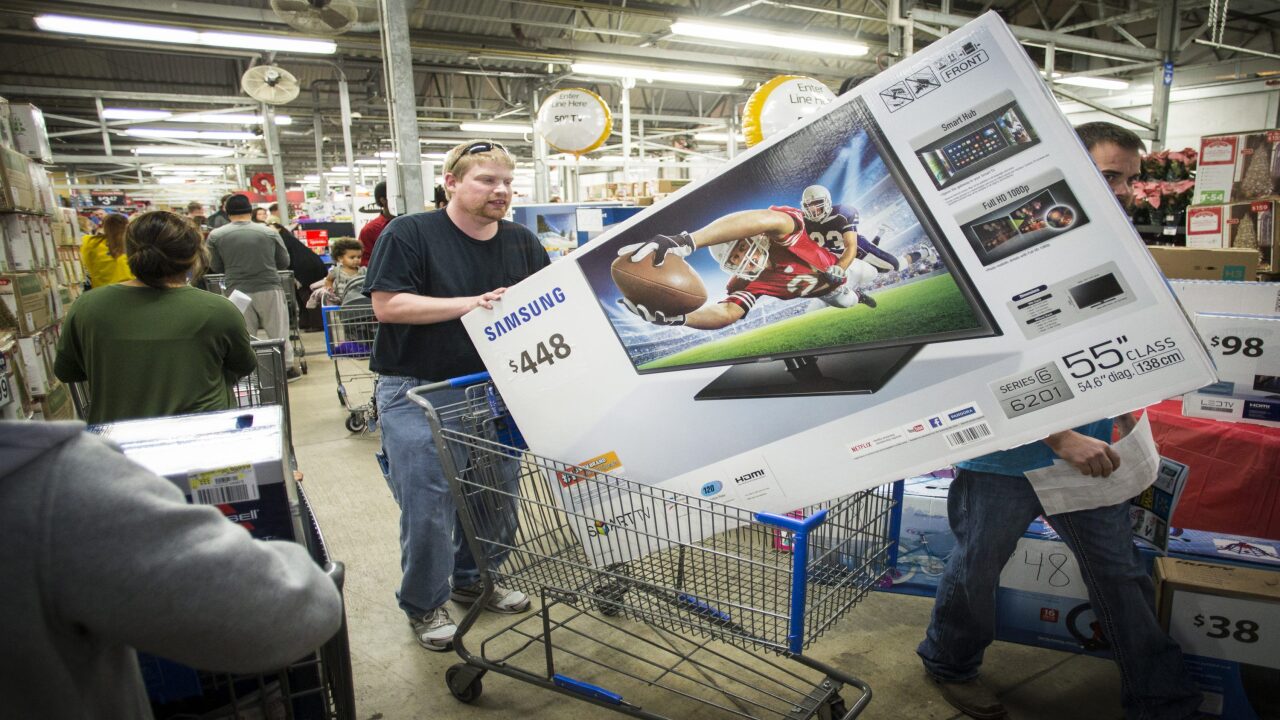 Portions of this report were originally published by Marie Rossiter at our sister website, DontWasteYourMoney.com.

Forget about Thanksgiving night shopping this year. Most major stores will be closed due to the pandemic, and Black Friday sales will be spread out through the entire month of November to prevent large crowds from gathering in stores.

Walmart will have three separate savings events across the month of November. Each one begins as an online-only event at Walmart.com and then continues at store locations across the country.

Walmart shoppers we spoke with, like Greg and Allison Miller of Cincinnati, said they think it's a good idea to stretch the sales out.

"I think it's smarter 'cause it won't be as chaotic that one day," Greg Miller said.

Another feature new to this year’s Black Friday shopping at Walmart is allowing customers to pick up their online orders through the store’s contact-free curbside pickup service.

The first of the three sales begins online Nov. 4. The second sale starts Nov. 11. The third sale will be held on the traditional Friday after Thanksgiving, but Walmart is keeping its content secret for now.

Walmart’s Deals for Days’ preview ads are already online, and the deals include many of the most popular gift items of the year, including tech products, toys and home goods. For example::

In what will likely be one of the hottest deals of the season, Walmart is selling an ONN. 42-inch smart FHD TV with a built-in Roku for $88. This is listed as an online-only deal starting Nov. 4.

You can save $30 off the normal retail price for the popular wireless AirPods during the first round of deals. These AirPods will be $99 starting Nov. 4. Maybe the kids can finally get a pair of these earbuds for the holidays at this price.

One of the most popular and versatile kitchen appliances of the past few years will be on sale at Walmart starting Nov. 4. The Instant Pot Viva 6-quart pressure cooker will be just $49, a $50 savings over the normal retail price. This Instant Pot has 15 preset programs, including three new features: cake, egg and sterilize.

Note that some of these deals are online only at Walmart.com.

"I have five daughters," he said. "I need all the savings I can get!"