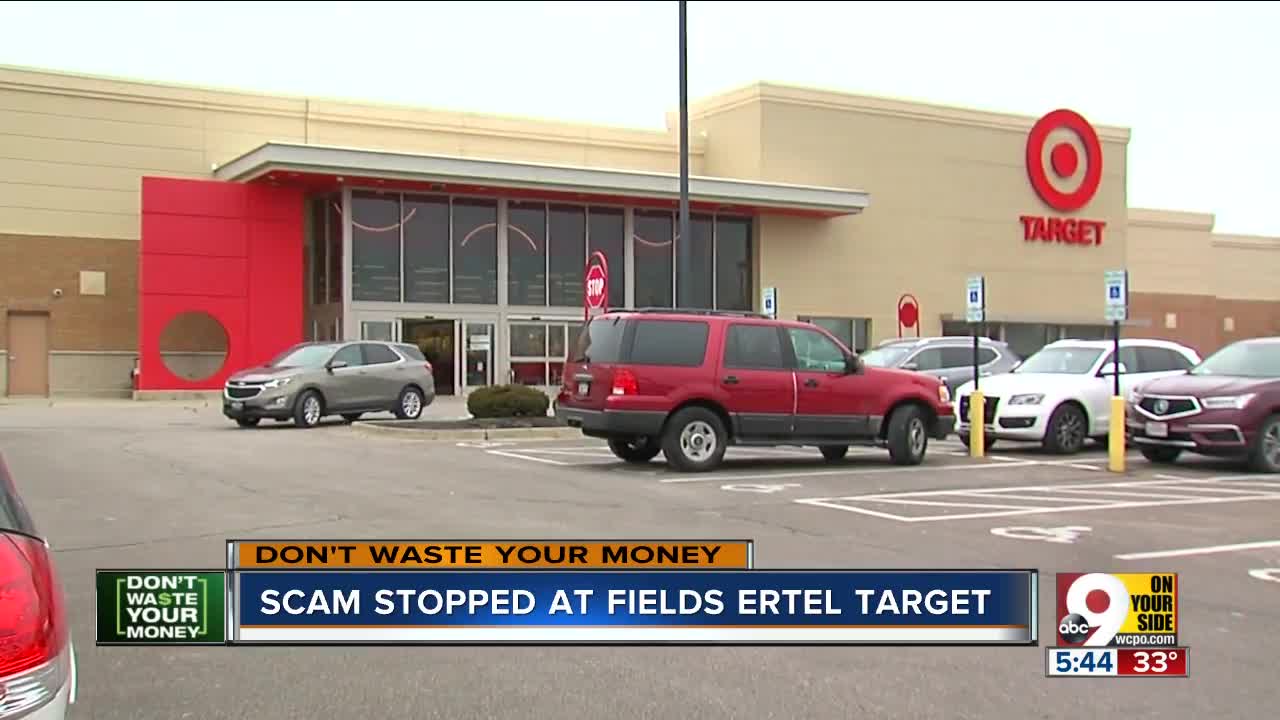 Karen Rodder was shopping at the Fields Ertyl Target when she heard a conversation between 79-year-old Helen and a Target employee. Helen was trying to buy $1000 worth of Target gift cards to use as 'bail money' because of a phone call she got. Karen got involved and told Helen to call authorities before she spent any money and that this was a common scam. 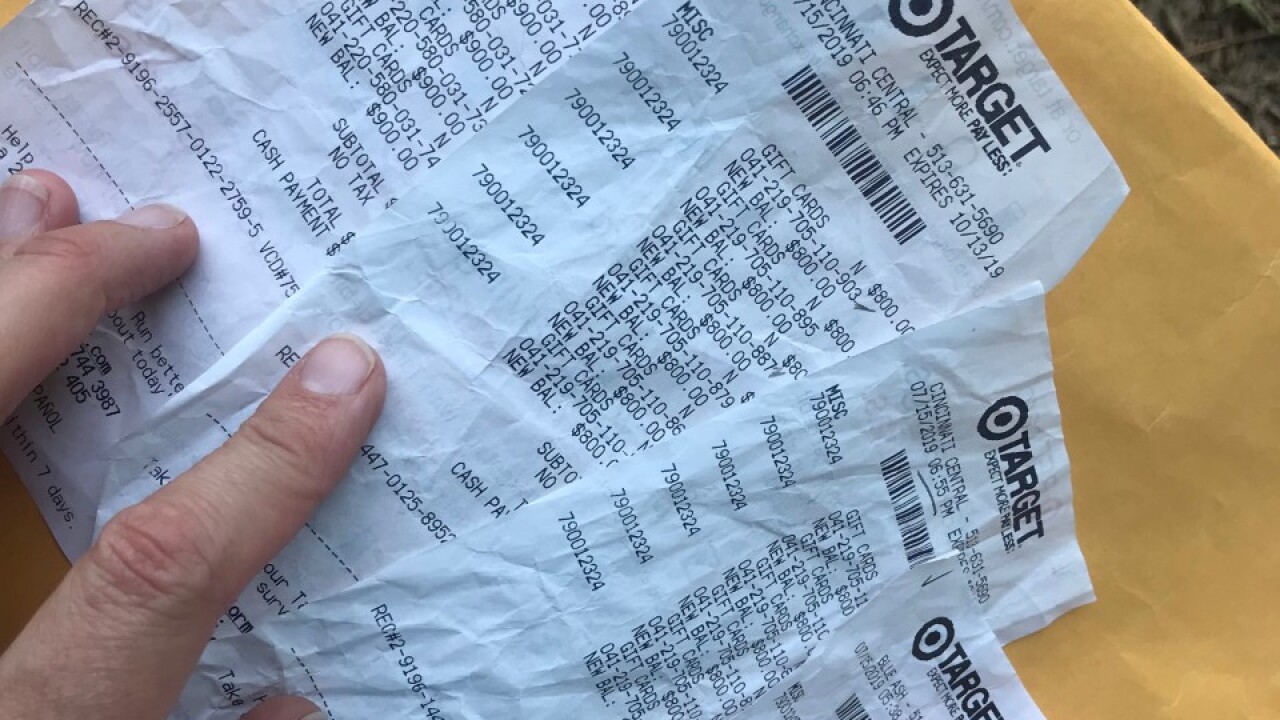 Many times these days we hear about seniors who have fallen victim to phone scams, losing thousands of dollars that they can never recover. But thanks to a quick-thinking Cincinnati-area shopper, and a Target store clerk, one older woman has been saved from a scam that was about to cost her a thousand dollars.

Karen Rodder was grabbing some items in the Target store on Fields Ertel road in Deerfield Township. But what she heard while walking past a rack of gift cards stopped her in her tracks.

"I overheard a conversation with what I assumed was an employee of Target," Rodder said.

A 79-year-old woman, who asked that we just call her Helen, was in a heated conversation with a young store clerk, as she tried to buy a thousand dollars' worth of gift cards.

The clerk was questioning her reason for needing so many cards.

Woman was falling for the 'grandparent scam'

It all started an hour earlier, when Helen got a phone call from her college-age "grandson," who said he had just been arrested.

He replied that he was indeed Daniel, although he needed her to remind him of what his name was. He said he needed bail money immediately, and that he did not want Helen to tell his mom or dad.

Rodder said it was obvious in the gift card aisle that Helen wasn't taking in what the store clerk had to say, and that the older woman was still determined to buy those gift cards.

That's when she decided to get involved, jumping into the conversation. "I said, 'You don't seem to be believing this person working here, but this is a very common scam.'"

She explained to Helen that it probably was not her real grandson on the phone, and that she had fallen for what is known as the grandparent scam, which has bilked thousands of seniors for millions of dollars in recent years.

So Helen put down the gift cards and called police.

Photo: Karen Rodder in the Target gift card aisle where she thwarted scam

Helen now wants to publicly thank Rodder and the Target clerk for saving her at least a thousand dollars, though she doesn't know the name of the store clerk.

"I want to thank all the people at Target who were nice to us, and Karen was extra nice to us," Helen said.

A manager at the Target store confirmed the incident to us, but said no one could speak on camera.

Target tells us it now trains its clerks to politely question any older person buying hundreds of dollars of gift cards in order to make sure they are not being scammed.

In addition, many Target stores no longer sell $500 Visa, MasterCard or iTunes gift cards. They have set $100 as the top value to help fight scams.

As they say, if you see something, say something, to perhaps save a senior from a scam, and so you don't waste your money.