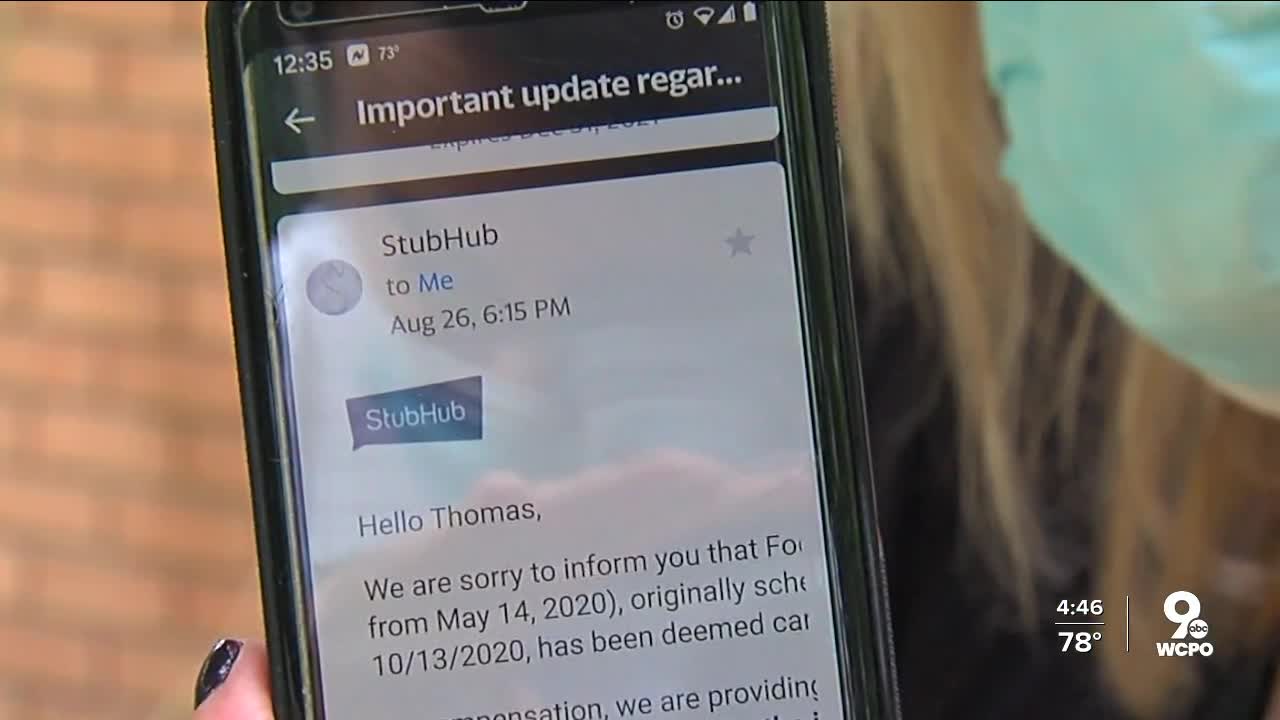 The Bengals, the Reds and many other events have been great when it comes to giving ticket refunds to fans this year – but that’s not the case for people who bought tickets through StubHub. 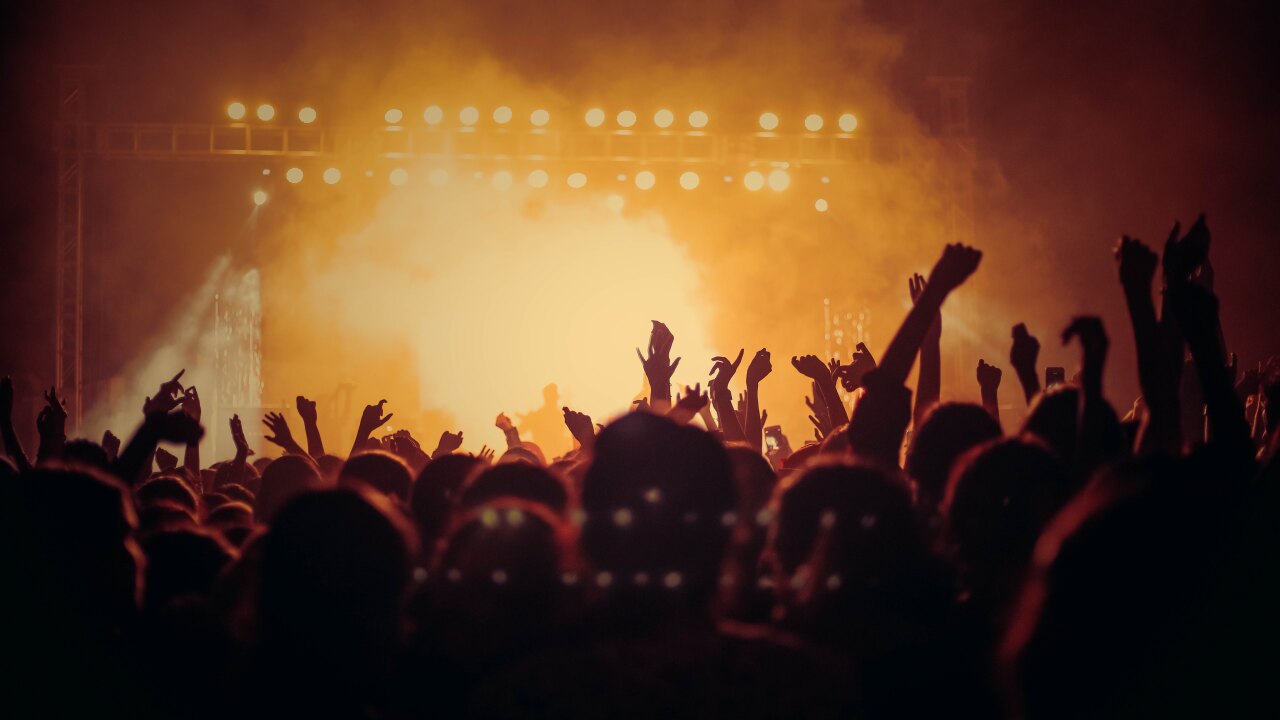 With thousands of concerts canceled in 2020 and many NFL games playing with no fans, you would think getting a refund for tickets you purchased could be easy.

If you bought those seats through Ticketmaster, the Cincinnati Bengals (or another NFL team), you should have no trouble receiving your money back. But that is not the case if you bought through StubHub.

Kelly Relly doesn't go to many concerts in a good year, preferring to tend to her garden at her Butler County home.

So when StubHub offered her and her husband vouchers -- not a refund -- for a canceled Foo Fighters concert this summer, she felt that made no sense during a pandemic.

"It's kind of awkward, with COVID and all that," she said. "I think they should return us our money."

The Rellys paid $800 for tickets to the canceled show.

StubHub, which earlier this spring was offering refunds for canceled events, is now offering only vouchers worth 120% percent of what customers paid. It is an extra bonus, but it's still not cash.

Like so many other people, the Rellys have no idea when they are going to another concert; perhaps next year, maybe in 2 years.

They say they would just like their money back, given the tough financial times for many people right now.

"We would like a refund, because there are no concerts going on this year or for a few months, or maybe another year now." Tom Relly said.

Why StubHub is refusing refunds

The problem? Unlike Ticketmaster, the original seller in most cases, StubHub is a reseller, and says it doesn't have the cash on hand to refund the tens of thousands of people holding tickets to canceled shows.

The original ticket buyer who sold through StubHub now has the money.

StubHub's president recently told the website Axios that "in normal times, we would take the risk of giving refunds to buyers before recouping the same refund from the seller. But these are unprecedented times. Our policy change may have come as a surprise to people. But remember, we're not the original sellers of the tickets or the holders of the inventory. So there's just no way for us to take that timing risk on behalf of sellers, at scale, all at the same time."

We have sent the Rellys' information on to StubHub's management in the chance the agency can make an exception.

Otherwise their only hope may be joining one of several class-action lawsuits now pending over this new policy.

"They have to make money, I understand that," Tom Relly said. "But they are a pretty big business. We are just little people who want our money back, that's all."

Thousands of StubHub customers like the Rellys are sitting on vouchers now, with no idea if or when they will ever use them.